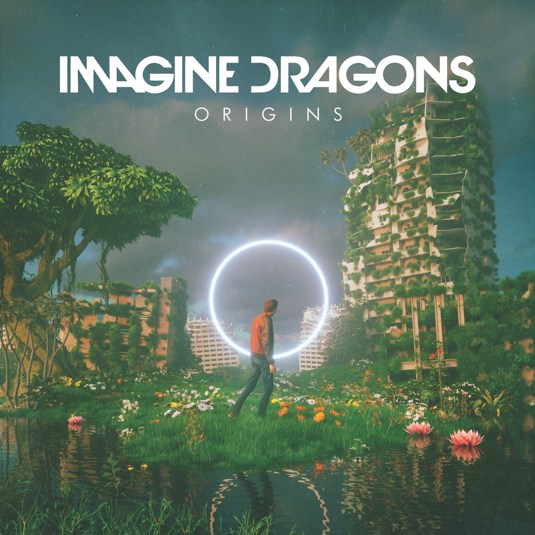 Imagine Dragons has been pumping out hits for the past ten years and has made quite the name for themselves. Their popularity began with the apocalyptic “Radioactive” and since then they have yet to disappoint their fans. But with the quick fame of their 2017 album, “Evolve,” Imagine Dragons seemed a bit too eager to get back in the studio. The album “Origins” dropped on Nov. 9 and has been falling ever since.

The album begins with the most Imagine Dragons-esque song, “Natural.” Similar to past songs “Believer” and “Radioactive,” “Natural” is heavy hitting and lyrically beautiful. Imagine Dragons have always made themselves out to be brash philosophers of the music industry and “Natural” is a great example of their ideology. The lyrics reference the sacrifices that must be made in order to “make it” in the industry and how one can change over the years while being part of the scene. “Natural” is alluring with powerful piano rhythms and chilling choral group vocals. It sets up the rest of the album for success, but it is all a ruse.

The band had been on tour for the majority of the fall in 2017 to promote “Evolve,” which did not allow much time in between to create another album. Thus, “Origins,” even with the hype set up around it, does not make for a well-crafted album. Much of the album consists of synthesized beats and repetitive lyrics that lack creativity.

Much of the album feels out of place and awkwardly stitched together. The song “Digital” is a techno mess. The lyrical delivery is slow paced and feels disjointed. “Bullet in a Gun” sounds like it was thrown together in Garageband with its synth and echoey vocal effects. You could easily take lead singer Dan Reynolds’ vocals out and not notice. The album bounces back and forth between slow songs with rhythmic guitars to songs like “Digital.” This makes for a tough album to listen to. There are very few upbeat songs on the album which is strange for Imagine Dragons as they usually have less slow songs and more intense anthems that fans can belt out.

Pop clichés are another thing that Imagine Dragons attempts to avoid but they are all over the place in “Origins.” With its sappy lyrics like “You were my one,” the song “Stuck” sounds like it could have been created by Maroon 5. “West Coast” is fairly similar to songs on Phillip Phillips album, “The World from the Side of the Moon,” with plucked guitar and Reynolds effort for a soulful sound.

The album does have a few shining moments like “Natural,” but they are rare. “Machine” is a rough, mechanical melody about revolution. It has a metallic metronome in the background to represent the movement of machines. There are several layered vocal tracks of Reynolds and the rest of the band which stimulate a sense of inclusiveness. The final lyric “I am the machine” is tweaked to make Reynolds sound like a robot, tying the theme of the song together. “Bad Liar” is another stand-out with its simplistic quality and Reynolds high notes. It has a pumping back-beat that could have placed it on their last album. Reynolds powerful voice tied with the smooth rhythm and lyrics might bring an attentive listener to tears. The song is similar to their hit “Demon,” where Reynolds asks the person to whom he is singing to look into his eyes to see the torment that hides underneath his cool exterior.

Perhaps the main reason for the early release of “Origins” is to capitalize on the theatrical release of the sequel to “Wreck It Ralph.” Imagine Dragons was asked by Disney to create a song for the upcoming film, “Ralph Breaks the Internet.” The song is “Zero,” which is track 7 on “Origins.” While on the surface the song sounds upbeat, “Zero” is the opposite of heroic and cheerful. The lyrics hit hard on what it is like to have to put on a brave face even though you are breaking down on the inside. Reynolds had this to say to The New York Post: “‘Zero’ is a song about somebody who feels empty, who feels like nothing, but continues on and puts a smile on their face.”

“Origins” could have been executed better if Imagine Dragons had waited a little longer and took more time to piece it together.

“Origins” is available for purchase on CD, vinyl, and iTunes or Google Play.