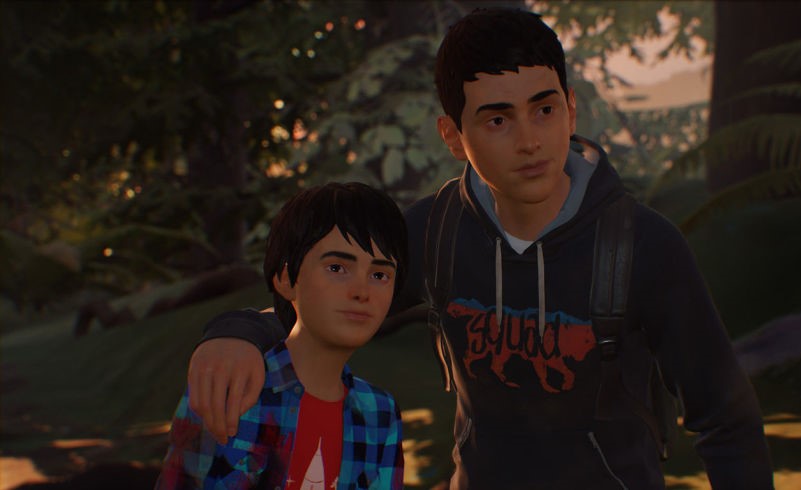 Released Sep. 27, “Life is Strange 2” follows the story of two brothers, Sean and Daniel Diaz, who are on the run from the law after an unexplainable, supernatural accident claims the life of a police officer. The player assumes the role of 17 year old Sean, who must look after and care for his nine-year-old brother, Daniel, throughout their journey as they make their way from their hometown of Seattle to Puerto Lobos, Mexico.

Following the success of its predecessor, which made its debut in 2015, developer Dontnod Entertainment returns to its episodic, choice-based, narrative gameplay featuring an all new cast of characters with “Life is Strange 2.”

“Life is Strange 2” is a game of decisions, and the repercussions of each one, which changes the outcome of the game for every player. Throughout episode one of Sean and Daniel’s journey, the player will be faced with challenges such as: finding shelter, figuring out how to spend what little money they have for much needed supplies, who to trust and how to survive when they come across those who mean them harm.

With captivating visuals, an amazing soundtrack and engaging story, Dontnod Entertainment provides more than a game; they provide an experience. The gameplay moves at a pace similar to a novel, which allows the player an opportunity to get to know the characters and the world they live in. The “Life is Strange” series implements a unique art design – even more so in the sequel. Its graphics are a blend between a video game and a painting, and accompanied by the use of outstanding cinematography, there are beautiful moments in this game that will leave the player in awe.

Part of their art design has always been their musical selection and use of an acoustic guitar. In the first episode, tracks such as: “Lisztomasia” by Phoenix, “Banquet” by Bloc Party and “No Woman” by Whitney adds another layer of depth and emotion in the story.

The original “Life is Strange” tackled real issues that are prevalent in today’s society, and the sequel does the same. Presenting a more complex and all too real story, “Life is Strange 2” focuses on the current state of our nation in the Trump era. It carefully and respectfully uses problems faced by minorities such as racism, police brutality and the expectations that society places on them. Through the eyes of a coming-of-age Mexican American, the player will see just how caring, or how cruel, the world can truly be.

The first installment of this episodic series is off to a great start. It takes the time to introduce and develop characters, provides an insight into the world they have created and is already building up to what many fans are anticipating will be an amazing climax. “Life is Strange 2” had me hooked from the start, and I can’t wait for the next installment.