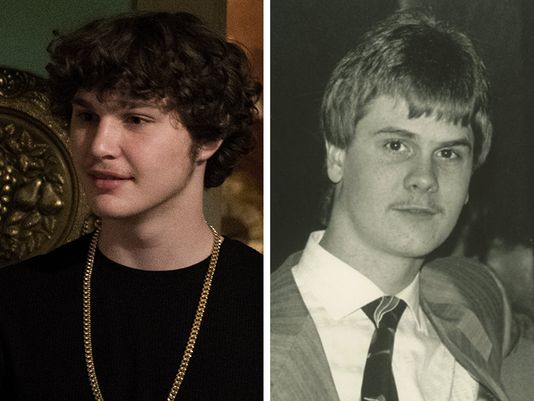 Despite a strong cast, intriguing director, and a fascinating fact-based story, “White Boy Rick” misses the mark with rushed storytelling and missed opportunities. “White Boy Rick” is the story of a teen-aged boy that went from an arms dealer’s assistant to a FBI-planted cocaine buyer to a FBI-backed dealer and informant to a criminal sentenced to life in prison.

The movie starts with a 14-year-old stoic boy, Rick Wershe, played by first-time actor Richie Merritt, hustling a dealer at a gun show with in-depth knowledge on subtle differences in AK-47 models. Rick lives with his black-market arms dealing father, Richard “Richie” Wershe, Sr., played by Matthew McConaughey (“Dallas Buyers Club” and “Mud”), and his drug-addicted sister, Dawn Wershe, played by Bel Powley (“The Diary of a Teenage Girl” and “Detour”) on the East Side of 1980’s Detroit.

After seeing Rick Wershe’s success and mature demeanor, Detective Jackson provides Rick with a “brick” of cocaine and teaches him how to “cut” the product for sale. The feds and DPD use Rick to lock up his original crew and Rick gets shot in the stomach for his efforts. While in the hospital, Richie Wershe is watching his family wither away and doesn’t know what to do. Dawn Wershe is missing on a presumed drug binge.

At 16-years-old, White Boy Rick, having the intimate knowledge of the drug game thanks to the Detroit Police Department and the FBI, convinces his father to get back in the cocaine business. And, business was good. Rocking massive gold rope chains and a flashy car with a personalized license plate that reads “Snow-Man” and his sister at home and in recovery, life seemed to be happy, until the DPD, led by Detective Jackson, busts down the door in a raid.

The raid confiscated over eight kilograms of cocaine. The 1980’s drug war had many excessive tactics to rid the American streets of drugs, but the 650-lifer law was easily the most ridiculous and unjust. The 650-lifer law stated that any person caught with more than six hundred and fifty grams of cocaine resulted in an automatic life sentence. Using this as a fear tactic, the Feds and Detective Jackson convince young Rick to be an informant again, under the undocumented promise of assistance in Rick’s case.

The movie had high hopes with a relatively new but authentic director, Yann Demange (“’71” and “Top Boy”), taking the helm. Demange’s work on the daring and outside-of-the-box action, drama, thriller “’71” was well received and a critically successful small-market film. Yann did not entirely deliver in “White Boy Rick” leaving the feeling of wanting more. It seemed at times that the film was more of a point-by-point factual recap of the events. The story could have been better told with some background into the unsuccessful Reagan-era war on drugs and the absurd 650-lifer law and taking advantage of the political climate of the eighties.

The movie does showcase some provocative performances by the film’s top cast. Richie Merritt and Matthew McConaughey have a natural and believable chemistry that truly sells their confusing and unbalanced relationship as showcased in the opening gun show scene.

Bel Powley delivers a dramatic performance as a lashing-out-drug-addict opposite McConaughey in one of the most moving scenes in the movie where Dawn (Powley) is screaming at Richie (McConaughey) as he is attempting to remove her from a crack house.

The real Dawn Wershe doesn’t agree with the portrayal of her and the family, according to an MLive article by Brandon Champion, saying the portrayal made the family look like “low-class dirt poor scuzz bags.”

Even though “White Boy Rick” is a safely executed movie that rushes the narrative, it has beautiful cinematography. Yann Demange successfully captures the desperate and dreary grays of the streets of Detroit.

To fill in the missing blanks and rushed moments of “White Boy Rick” the movie, here are some more interesting facts and details about White Boy Rick the true story. The 650-lifer law was ruled unconstitutional by the Michigan Supreme Court in 1988 and most of the prisoners locked up under the law have been released years ago while Rick Wershe remains in prison. One person arrested with him and on the same charges was released 16-years ago. Republican governor William G. Milliken, who created the 650-lifer law, later said it was the worst mistake of his career.

The real Rick Wershe is serving a three-plus term in Florida for his involvement in a car-theft ring, though he allegedly is taking the wrap for his sister. When Wershe, who committed no violent crimes, was being held before trial a judge told him what he did was “worse than mass murder.” The Assistant State Attorney General thought of Rick Wershe as an extreme criminal before the evidence was even heard.

The FBI bank rolled the teen-aged drug dealer and funded a trip to Las Vegas to get Rick closer to Johnny Curry, the Cocaine King of the East Side. So how does the government hide the shady dealings of using children illegally to pump cocaine into urban neighborhoods? They imprison him for life and throw away the key. It has worked so far and maybe the missing details of the movie and the story will be filled in if and when Rick Wershe is finally released from prison.