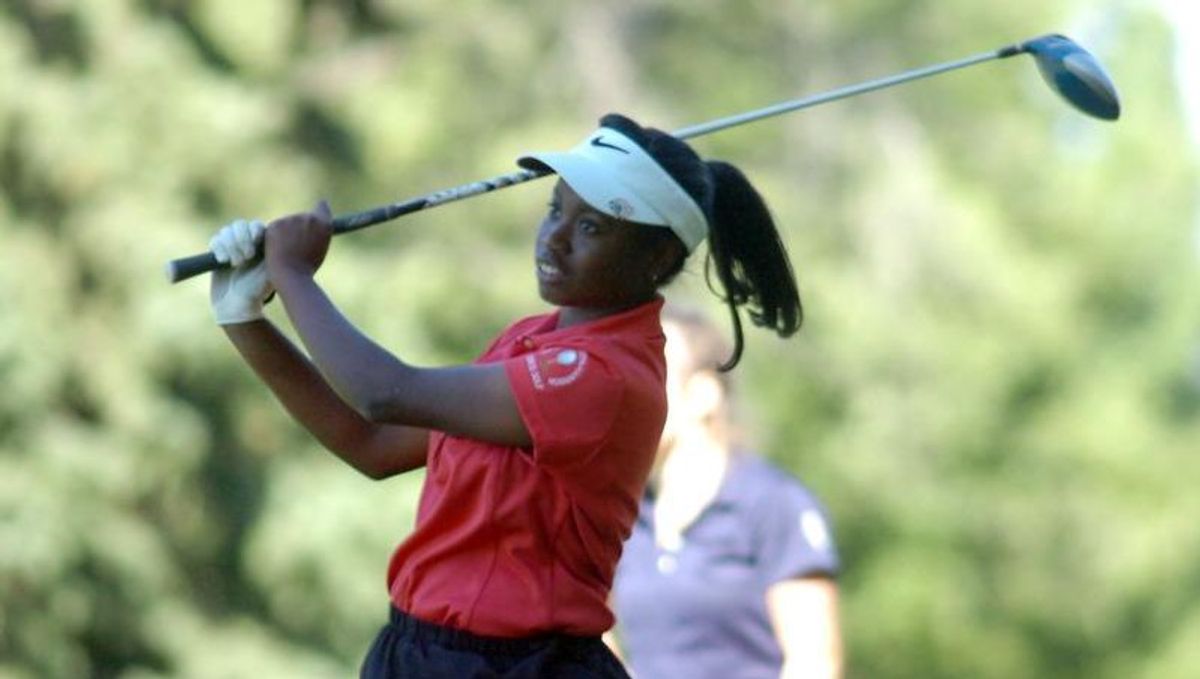 The Henry Ford College Hawks golf team is wrapping up the fall season and the biggest headline for the team this fall has been Alana Jones.

Jones is the first female golfer in school history, and she’s been tearing up the fairway. She has been golfing off of the men’s tee and it isn’t bothering her one bit. Jones said, “I’ve been playing off the men’s tee, as I’ve gotten older I started playing from the guys tee and my shot has gotten better.” Jones doesn’t feel any pressure and actually loves being the first female golfer for the school.

Alana Jones is one of the top three golfers this season, averaging a score of 84 in her first four tournaments. On her finishing in the top three every tournament, Jones said “I just try and improve from tournament to tournament.” That is part of the reason she has been able to keep her score so consistent, adding, “If I know what I did wrong I’ll work to improve on that.”

When Jones found out about the Henry Ford College golf team, she inquired if she could play. Jones recalls her reaction. “Oh, I get to play with the boys’ team that’s crazy, but at the same time it could be a challenge.” But that is a challenge that she embraces.

There are slight differences in playing with the men’s Hawks golf team. Jones says that the distances are different but that she can do better than the average score of 84 and she aims to do as well after the break in the season. The golf team’s season is split into a fall and spring, so during the winter Jones said that she will go to hit golf balls at an indoor facility as well as putt in her basement.

Jones feels the golf team is better and will continue to improve. Jones hopes she has opened the door for more female golfers to come play for HFC. Jones tells readers, “If you’re a girl and you golf or golfed in high school, look at Henry Ford and come tryout.”

With the fall season coming to a close, Alana Jones and the Hawks golf team will start the spring season at the Ancilla College Invitational on April 8 at 10:00 a.m. If you want to see if there is still open spots, contact Coach Trevor Monaco, who took over as head coach this season after one season as an assistant coach: tamonaco@hawkmail.hfcc.edu.