The Ballot: The New Frontier for #MeToo 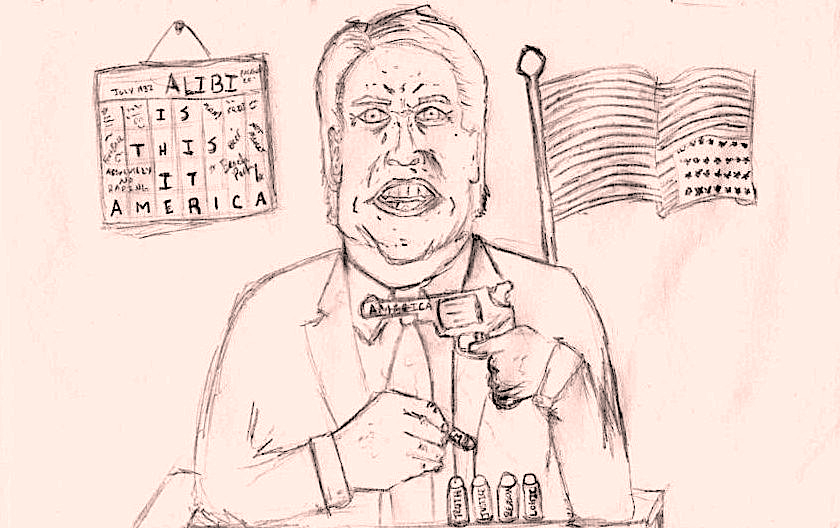 Regardless of which side of the aisle you were on in the spectacle surrounding the nomination and subsequent confirmation of Brett Kavanaugh as an Associate Judge of the Supreme Court of the United States, one thing remains clear: the entire debacle is a sad reflection of current times and a reinforcement of the polarization of the society we find ourselves in.

Taking place barely a year after the Harvey Weinstein scandal that thrust into prominence the #MeToo Movement, which challenged Americans to face the mostly swept-under-the-rug issue of the prevalence of the abuse of power, sexual violence, and the culture that enables it, the Kavanaugh debacle no doubt will go down in history as a proverbial slap to the face of the efforts of the #MeToo Movement to end sexual violence and afford countless survivors a voice, an avenue for healing, and the opportunity to take back their power by holding the perpetrators of their assault accountable for their actions.

As the global community takes strides towards that end, it is appalling that in Trump’s America, the twisted dystopia that the country is fast turning into, taking one step forward and two steps backward is the order of the day.

The fact that Kavanaugh’s moral fortitude came into question, albeit through allegation yet to be substantiated as facts, should not negate from the very real and ugly pain and suffering victims of sexual assault endure long after the incident. I cannot begin to imagine the impact Trump’s dismissal of the very serious allegations against Kavanaugh as falsehoods and the mockery the President made of Ford’s testimony had on the Kavanaugh accusers as well as on countless others seeking the courage to step forward and speak their own truth.

While I support the fact that every person accused of a crime, including sexual violence, should be afforded due process and treated fairly and justly, I also believe that that very same courtesy should be extended to those who step forward to speak their truth.

As highlighted in the Kavanaugh debacle, it is a shame that in our current dispensation victimhood and real pain and suffering are merely seen as commodities for political pundits to use to push their self-serving agendas.

The thought that despite public outcry, this particular process culminated in the rushed confirmation of a lifetime appointment into the highest court in the land of a person whose moral fortitude was under question is a sickening testament to the reality that the “boys club” is alive and well, that boys will be boys, and that they will do whatever they must to protect their own. With the midterm elections drawing closer, however, it is becoming more and more apparent that the next frontier for the #MeToo Movement is the ballot.

While the GOP stands to leverage the backlash against the allegations against Kavanaugh and the fear of the victimization of other men facing similar accusations, Democrats stand to gain support from voters, particularly women, alienated by the Trump-stoked vitriolic insensitivity towards survivors of sexual violence.

Traditionally, women almost always represent a larger percentage of the voter turnout than men. The reality for past elections, however, is that the gender gap in voting has not been big enough to significantly impact the overall outcome of elections. Variables like race, financial situation, level of education and others, have had a larger impact.

According to exit poll data analyzed by The Washington Post, in 2016, with race as a variable, despite the despicably sexist rhetoric that punctuated Trump’s presidential campaign, overall, 42 percent of women voted for him. Of that 42 percent, 62 percent were white, 25 percent were Hispanic, 16 percent were non-white, and 3 percent percent were black.

According to a recent poll by Quinnipiac University the gender gap in voting for the 2018 congressional race is estimated to be 33 points, the largest gender gap on record since 1958. Interestingly, the poll also indicates that by a 14-point margin, white women, a majority of whom backed Trump in 2016, say that they intend to vote for Democratic candidates. It is worth highlighting that all but one Democratic senator voted against the confirmation of Kavanaugh as Supreme Court Justice.

The significantly high number of battlegrounds and a record number of women running for Congress, 53 running for Senate and 476 running for the House, the Mid-Term election also presents a unique opportunity for alienated female voters tired of the traditional “boys club” to elect into office fellow women which would be a win for #MeToo Movement should approval of on nominees for appointment into federal office arise.

Seeing how the female Republican Senators voted in favor of Kavanaugh’s confirmation, however, party lines could still come into play on important votes. Should the Democrats take the majority seats in the midterm election, however, party-line votes will not matter that much.