“Persona 5: The Animation” Will Take Your Heart 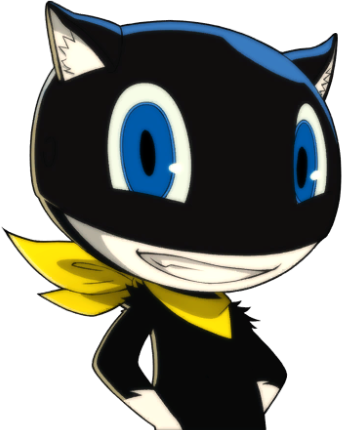 Based on the hit game, “Persona 5: The Animation” was released this year. While the game has 80+ hours of gameplay, the animation sums everything up in a matter of minutes, focusing on key points without losing any detail or subtext. Through a series of events that take place over the course of a school year, the protagonist, Ren Amamiya, and a group of friends become vigilantes, called The Phantom Thieves of Heart, who work in a strange new world where a person’s desires manifest into strange creatures and magnificent palaces.

“Persona 5: The Animation” fits into the category of fantasy drama. With elements of a typical fantasy, such as strange creatures and far off world, the animation also focuses on the day-to-day lives of The Phantom Thieves. Not only are they stealing hearts and fighting the bad guys, but they are also struggling with exams and love lives. Considering that the show begins with the main characters arrest, it is safe to say that “Persona 5” is also like a cop show. Searching for there big break Goro Akechi, kid detective, and Sae Nijima, public prosecutor, hunt down The Phantom Thieves to bring them to justice.

“Persona 5” delves deep into the twisted desires of humans. In a world called the Metaverse, the Phantom Thieves track down what their targets consider their treasure and along the way discover disgusting secrets about how the person they are after views the world. Two of the more interesting worlds are that of a mafia boss, Kaneshiro, and the adopted daughter of Ren’s caretaker, Futaba. In the world of the mafia boss, he holds himself high above everyone else and sees people as his own personal ATM. Broken ATMs litter the street which represents Kaneshiro bleeding real people dry. Futaba’s world is a little different from everyone else’s because she is not corrupt nor is she disgusting. She is a normal teenager dealt a bad hand in life. After the death of her mother, she began blaming herself and built a world with not only false memories but a twisted image of her loving mother. These two worlds can be identified with viewers as most people are either the victim of someone else’s financial abuse or blame themselves for someone’s passing.

Each member of the Phantom Thieves is bonded to their targets in some way, whether it be as a mentor or an old coach. After the Thieves realize that they are either being taken advantage of or being wronged, the rebellious spirit inside of them awakens and takes the form of their Persona. The Phantom Thieves are all teenagers and a rebellious spirit is somewhere inside all of them.

An interesting difference between the video game and the anime is the character of Ren Amamiya, or Joker. In the game, Ren cannot speak until the game player chooses what he says. This allows for different routes of dialogue without changing much of the story. Meanwhile, the show would not make as much sense if the main character and leader of the group did not speak. Because in the game the protagonist has whatever personality the player gives him, there isn’t much opportunity for his true personality to come through. In the anime, giving him an actual speaking part allows for viewers to see why he is picked as the leader and why every member of the Phantom Thieves seems to go to him for help.

The overall concept of “Persona 5” is most interesting if you watch for plot and subtext. Themes of corruption and twisted hearts lead to the healing process of “taking hearts.” After stealing the treasure and battling with them, the Phantom Thieves are able to change the heart of the corrupt person which allows them to become better and ultimately turn themselves in to the authorities. While we may not be able to have a group like The Phantom Thieves in the real world, “Persona 5: The Animation” will definitely steal your heart. I know that it did for me.

“Persona 5: The Animation” can be watched on Hulu, AnimeLab, and CrunchyRoll.