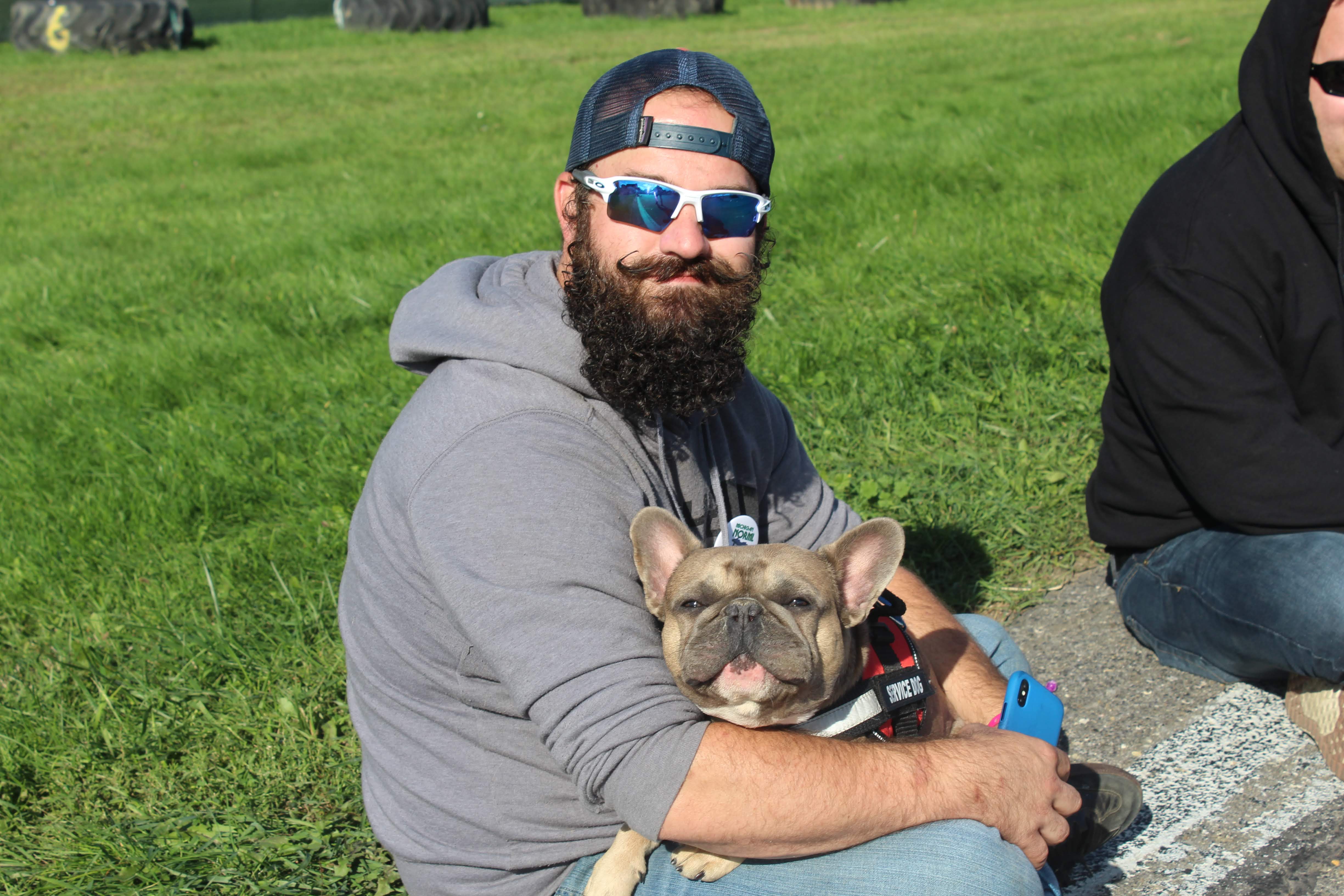 The annual Midwest Cannabis Cup invaded the Auto City Speedway in Clio in a cloud of smoke. Along with the yearly award ceremony the impending prospect of recreational legalization hovers over Michigan with Proposal 1. Between events like the Cannabis Cup and Proposal 1, it is an uncertain but exciting time for marijuana enthusiasts.

The Midwest Cannabis Cup brought a horde of vendors giving away cannabis related prizes and selling their wares often at a slight discount of what you would pay at the dispensaries. The Cup also featured artists like Mike Jones, Insane Clown Posse, Demrick, Detroit’s own Trick Trick, and hip hop legend, Nas. Cannabis Cup attendee, Levi from mid-Michigan, said, “I love coming to these events because everyone here is accepting of my passion. I know that all of us here are like-minded in at least one way. We can all sit down and enjoy cannabis together. There is that connection. We can also bond on the way the other half feels about it.”

Levi was sitting alongside the edge of the racetrack with his French bulldog, Kermit, and his longtime friend and patient, Nick. Levi has also served as a judge at four previous Cannabis Cups.

The Cannabis Cup awards in categories like best sativa, best indica, best hybrid, best concentrates, best edibles, and CBD only products. The CBD, or Cannabidiol, is a cannabis compound that has significant medical benefits like: relief from inflammation, anxiety, arthritis, diabetes, alcoholism, MS, chronic and acute pain, schizophrenia, PTSD, depression, antibiotic-resistant infections, epilepsy, and more but does not make the user “stoned.”

Levi, who chooses to be referred to by his first name only, said, “It’s really good to see the medical benefits. Ten years ago I would’ve said it was bullshit, you know, you’re smoking it to get high but then I met a young girl that really didn’t have anything to do with cannabis get off all sorts of pain meds and then I started seeing the benefits.”

Ten years after medicinal marijuana was legalized in Michigan, voters will have a choice to make on Proposal 1 which will legalize the use of marijuana for recreation for adults over the age of 21 years. The proposal also permits a 10 percent excise tax on all marijuana sales, a person will be permitted to carry 2.5 ounces on their person, marijuana would be allowed to be transferred or shared without payment (meaning pot can be given/received as a gift).

An individual would also be permitted to have a home garden of up to 12 plants. With the proper equipment and knowhow one plant can produce up to 150 grams or 5 ounces per plant. A person will be allowed to store up to 10 ounces of cannabis in locked containers.

The revenue generated from the taxing of marijuana sales would go toward the implementation, administration, and enforcement of the act. $20 million will be allocated for clinical studies approved by the U.S. Food and Drug Administration in treating armed service veterans and preventing veteran suicide. The remaining money will be allocated in several ways; 15 percent will be distributed to municipalities where a marijuana business is located, 35 percent will go into the school aid fund, and 35 percent will also be given to fix Michigan’s dire infrastructure needs, namely the roads.

The proposal will not pardon people who have been charged with marijuana related crimes. Nearly 10 percent of drug arrests in Michigan are cannabis related. All of this is happening simultaneously with the Attorney General Jeff Sessions aggressively enforcing marijuana laws. There is a bipartisan bill in Congress aptly named STATES (Strengthening The 10th Amendment Through Entrusting States) that would ensure “that each state has the right not determine for itself the best approach to marijuana within its borders.”

The National Organization for the Reform of Marijuana is Michigan’s oldest cannabis reform advocacy organization. NORML’s mission is to move public opinion to legalize responsible use of marijuana by adults and advocate for consumers to ensure they have access to quality cannabis that is safe, convenient, and affordable. Michigan NORML’s board member, Brad Forrester, shared some of his thoughts on the importance of legalization and for cannabis.

“Let’s talk about Delores Saltzman, the 80-year old woman who was recently arrested because her medical marijuana card had expired. It’s obvious that her condition had not changed and that she was still experiencing debilitating age-related symptoms of arthritis. The officer in that case went out of her way to arrest Delores for a couple of joints. And if you listen to our opposition, nobody ever goes to jail for marijuana.”

Forrester is referring to a case that was broadcast on Fox 17 West Michigan about an 80-year-old woman who was arrested for having less than an eighth of an ounce (3.5 grams) of marijuana because her medical marijuana card had expired.

A proponent of Proposal 1, Forrester says, “Legalizing, regulating and taxing the use of cannabis by adults is an important step towards reforming our state’s broken criminal justice system, a system that has been corrupted by the war on drugs. Substance abuse of any kind is a public health issue, not a public safety issue and law enforcement has arrested hundreds-of-thousands of people for cannabis to augment their local department’s budgets regardless of the impact on the people being prosecuted or overall public safety. Sending officers out to arrest people for cannabis keeps cops from investigating and solving real crimes. For example, in Michigan only 30 percent of the people who commit murders, 27 percent of the people who engage in kidnappings and about 27 percent of the sexual predators are caught and prosecuted. Every minute that a cop spends arresting and processing a person for a cannabis offense is time that is not being spent solving violent crimes. Legalizing, regulating and taxing cannabis will force law enforcement to withdraw from the war on cannabis in our state and hopefully they will refocus their efforts on solving real crimes.”

Forrester stresses the value in normalizing pot use:
“Normalization will take time, but it begins with the passage of the Michigan Regulation and Taxation of Marihuana Act on November 6. We are starting to see data now from Colorado and other states that have legalized cannabis for adults that shows the sky hasn’t fallen and that there is not carnage in the streets. So far, the biggest problems have been with the rollout of state programs and differences between advocates and opponents who are lobbying to influence the program rules. From my perspective, over the course of time, the benefits of legalization will far outweigh any negative impact associated with the legalization of cannabis for adults.”

Although the Midwest Cannabis Cup has ended, all the winners were awarded and Nas murdered his last verse, through the cloud of smoke, the purpose of this year’s Cannabis Cup remains clear. To remind people to register and cast their votes on November 6.