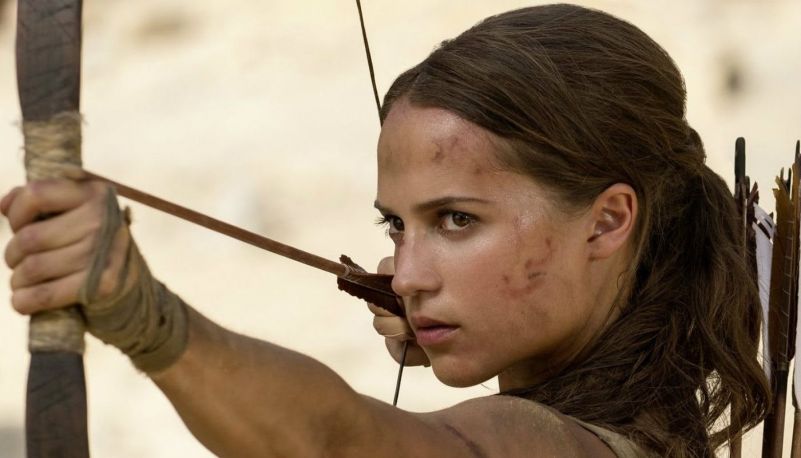 Tomb Raider is a franchise that has been around since its debut on the Sony Playstation in 1996. With a current total of 17 video games and the release of the third movie on March 16, the franchise has undergone quite the change. The new “Tomb Raider” film is inspired by the 2013 video game reboot which received high praise from long-time fans and newcomers alike. While the new film is a closer interpretation of the Lara Croft fans have grown to love than the 2001 film starring Angelina Jolie, it still doesn’t live up to the hype.

Director Roar Uthaug brought “Tomb Raider” back onto the big screen with Alicia Vikander, known for her work in “Ex Machina,” playing the crafty, intelligent and dangerous Lara Croft. Vikander’s performance was definitely the strong point of the film. She captured the depth of the character and executed it in a way that was enjoyable to watch. All the aspects one expects from Tomb Raider were in the film: action, adventure, booby-traps, ancient artifacts and near-death encounters, but there was one element that was missing, a strong plot.

The story follows Lara seven years after her father went missing. She begins to follow clues purposely left behind by her father, which leads her to a lost Japanese island known as Yamatai. It is here that she finds out the work her father was involved in, and discovers a group known as Trinity who wishes to exploit the island’s secrets to help them gain power. The race begins as Lara works to stop them and discover the truth behind her missing father.

In addition to the cliché storyline, what disappointed me the most was how the screenplay writers and the director said they were inspired by the 2013 “Tomb Raider” video game, but proceeded to change its plot in every way possible except for the location. The game offered a personal story of survival by focusing on what a person would not only endure, but what she would do when her life is on the line. The video game story was about Lara, and it constantly pushed her to her breaking point only for her to continue and grow stronger. There was mystery, the presence of a supernatural force so powerful it could control the weather, and included friends who helped support her through the adventure. The movie included none of that.

I did enjoy the film, but I was disheartened at how much the studio felt it had to change to reach a larger audience. It was action packed, fun and did provide the best cinematic portrayal of Lara Croft yet, but it just wasn’t the “Tomb Raider” I was hoping for.