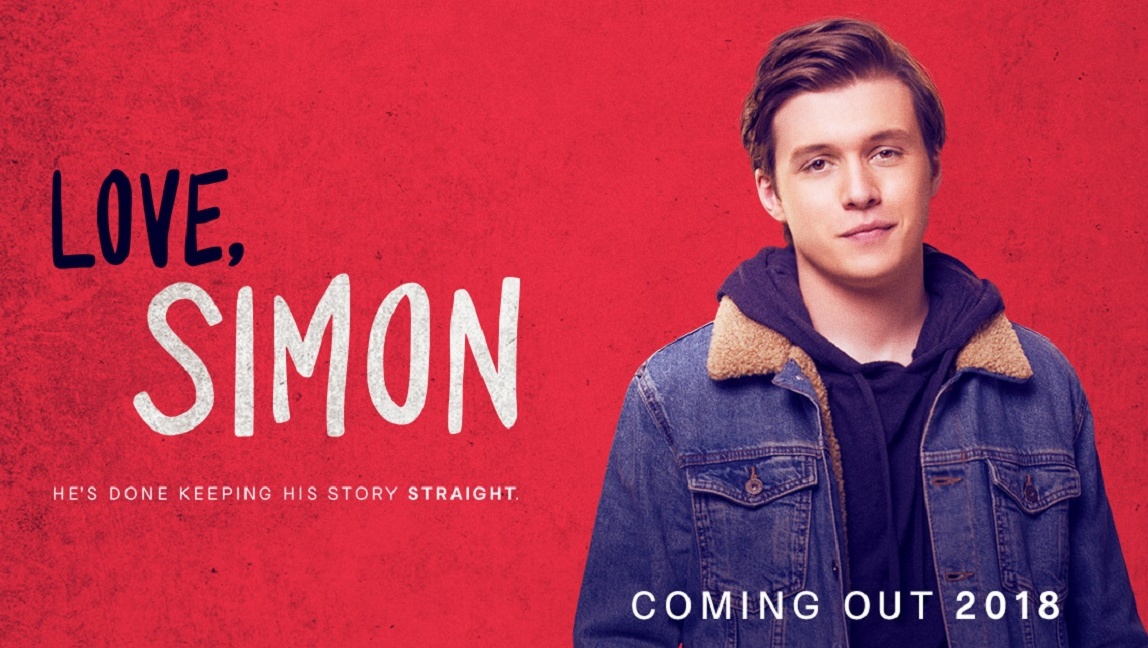 “Love, Simon,” directed by Greg Berlanti, based on the novel “Simon Vs The Homosapien Agenda,” follows the life of high schooler Simon Spier (Nick Robinson), an awkward teenager who is struggling to tell his friends and family his big secret: he is gay. When an anonymous student posts something on the school’s blog page about the struggles of being gay, Simon jumps at the opportunity to talk to someone who finally gets it. What he does not account for is falling in love with this mystery boy.

Even with reading the book beforehand, I was holding my breath at how the story would play out on screen. At certain exciting points in the film my friend and I were the only two who were reacting, clapping and cheering or getting angry and smack talking to each other. There were even some points, which I already knew from reading the book, where my friend started smacking me in the arm. Out of the corner of my eye I saw her holding her head and internally freaking out over the film. Without giving too much away, there is a specific scene where Simon is imagining what it will be like when he goes off to college and this scene alone had my friend and I rolling. Meanwhile, the people in front of us were stoic and did not seem to care. Do others not see what my friend and I saw as so important about this film?

When I asked my friend why she thought this movie was important, she said, “I think it’s an important movie for straight people and LGBTQ+ people to see.” My friend went on to say, “The best message that I think comes from this movie is that if you’re in a safe community where you’re loved and respected, coming out is the best thing you can do.” For my friend, the movie had a personal connection: “I’m lucky enough to live in an area where people won’t try to hurt me because I’m bisexual.” My friend observed, “Coming out can feel like a huge deal, and it can be. But it’s also necessary for your mental health. Repression is terrible and it only leads to more stress.”

I went to see the film again with a different friend and the experience was entirely different from the first time. The theater itself was smaller, but there was a much larger crowd including high schoolers wearing their varsity jackets and sitting in groups. When it came to very serious points in the film, there was dead silence throughout as if everyone was hanging on every word. When something was obviously funny, I could hear the group in front of us and the group of girls next to my friend laughing. When we were walking out of the theater, I overheard someone telling the people she was with about how she could relate to Simon when he was coming out and the bullying he received.

Simon says (pun fully intended) how it is unfortunate that “straight is the default.” In one scene in the film, Simon imagines what it would be like for his straight friends to come out as straight to their parents. While the scene provides some comedic relief, it hits an issue right on the head about how difficult it is for straight families to accept their gay children. This parallels very well with later in the film when Simon comes out to his parents on Christmas morning.

The film depends heavily on Robinson’s acting. Robinson portrays Simon’s vulnerability perfectly. We see someone turn from happy-go-lucky to total depressed mess in seconds. In “Jurassic World,” Robinson proved he could play the moody older brother, but his performance in “Love, Simon” shows he has the range to carry a film.

Jack (Josh Duhamel) and Emily Spier (Jennifer Garner) receive very little screen time, but when they do, they make a meaningful impact. Garner gives an important and moving speech in the film that shows she was not just a celebrity add-in.

Jack Spier is his own complex character and one of the few straight dads I have seen on screen that is not stone-cold. Jack makes some mildly homophobic jokes, especially in the beginning of the film when he calls the man from “The Bachelor” a “one man Pride parade.” The joke makes it even harder for Simon to believe his parents will be okay with him being gay. When Jack finally accepts Simon, it is one of the few times where we see a male cry on screen that is not tied to humor or grief.

“Love, Simon” is truly inspirational. Hours after seeing the movie the second time, my friends and I are still talking about the movie and probably will be for a long time, including why some in the audience were or were not as moved as we were. It opened doors to conversations for us that were deep and meaningful. If you have an hour and fifty minutes to spare, you should go see it. I promise, you will not be disappointed.