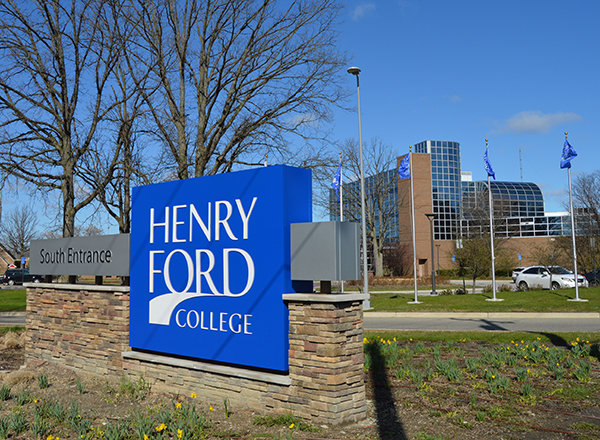 The five candidates who made it to the final stage in the process were: Russell A. Kavalhuna, the Executive Director of Western Michigan University College of Aviation; Michael A. Nealon, Henry Ford College’s Vice President of Academic Affairs; Casandra E. Ulbrich, the Vice President of College Advancement and Community Relations for Macomb Community College; Thomas D. Watkins, the President and CEO of the Wayne Mental Health Authority and Christopher M. Reber, the Chief Executive Officer of the Community College of Beaver County, Pennsylvania.

When choosing a president there are several communication tools that are utilized to inform the college’s Board of Trustees, the administration, the students and faculty, and the college community about each candidate.

HFC made each presidential candidate’s curriculum vitae public. In addition to publicizing their individual credentials, HFC provided an anonymous online form where various groups on campus could share their thoughts about each of the applicants and where the Board of Trustees could be informed about general concerns that students, faculty, administrators, staff, and the rest of the college community may have.

Public forums were held on campus during two weeks in March so people could get to meet the presidential candidates face to face and ask them questions about their plans for the school. Those who were not able to attend the public forums were provided the candidates’ contact information. During the search process, The Mirror News reached out to each of the presidential candidates to learn more about their perspectives on HFC’s future, ideas about courses and degree programs, plans for campus improvements and what they want readers to know about them.

Casandra Ulbrich, Thomas Watkins and Christopher Reber agreed to share their perspectives. Russell A. Kavalhuna was not available for comment, and Michael A. Nealon, who currently serves on the Mirror News student newspaper board, was not able to respond.

Ulbrich said: “I would like to see the college build on and expand partnerships throughout the region that will directly impact the lives of area residents. I believe the college is uniquely positioned to impact the economic vitality of not only individuals, but communities as well.”

Watkins said: “Building on the strength of our students, community, board faculty and staff I plan to continue the legacy of preparing students for their future and not our past. All efforts will be targeted at supporting the faculty in their endeavors to teach and to help students learn. As the 21st century unfolds, those with the talent (individuals, communities, regions, states, and nations) will win. It is HFC’s mission to create 21st educated winners, able to collaborate and compete both locally and globally.”

Reber said: “My vision is to champion these and other college achievements and contributions through full engagement both on the campus and in the community; build strong and trusting relationships with and among all of the college’s constituents including students, faculty, staff, trustees, foundation board members, families, and alumni; and with community leaders and members including those in business, industry, education, health care, human services, government and beyond.”

Each of the candidates shared something about themselves as well as their individual connections to the school. Ulbrich stated, “I would not be in this position today, if it were not for a community college. I am the first in my family to earn a college degree and I did so with the assistance of Pell grants and student loans. I was an average student in high school, but could excel at a community college, which opened doors for me that I would never have imagined. It is because of this background that I am a passionate defender of public education and the right of every individual to a quality education that allows them to fulfill their greatest potential.”

Watkins stated, “My wish for each student is the same as what I wished for myself and my two now adult children and three grandsons: Education, happiness and success.” Reber expressed his strong commitment to student success, “I am passionate about the life-changing and transformational impact of our work for students and our community. I believe in openness, transparency, honesty and integrity. I also believe that every person matters and everyone should be encouraged to participate fully in the life and direction of the college.”

Each of the candidates were promising prospects. Kavalhuna, who is a licensed attorney and former airline pilot, is bound to help Henry Ford College reach new heights of success.