Behind the Scenes of “And Then There Were None” 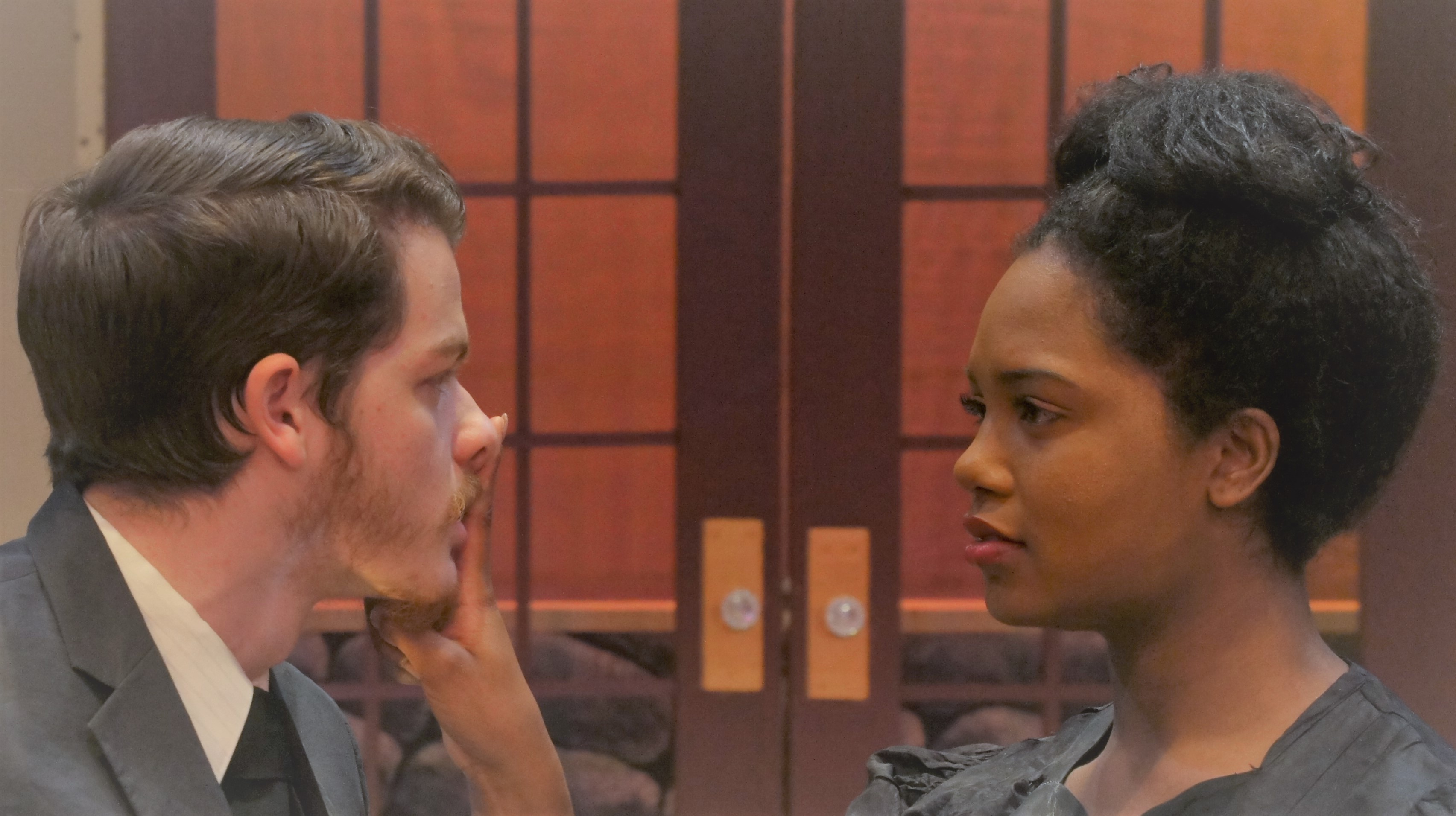 On April 5, Agatha Christie’s famous murder mystery, “And Then There Were None,” was brought to life at Henry Ford College.

When 10 strangers receive an invitation to attend a mansion party at Soldier Island from an unknown host, they quickly realize this isn’t the event they were expecting. With their mysterious host nowhere to be found, one by one the guests are murdered. As their numbers dwindle, they realize the killer is among them, but can they figure out the mystery in time to save their lives and escape the island?

“And Then There Were None” is my third production at HFC, and quite possibly my favorite. It has a large cast of quirky characters, is filled with suspense, mystery – and for my character – romance. I’m portraying Philip Lombard. I love this character because he has all my favorite qualities: Lombard is smart, sarcastic, charming and sometimes a little too overconfident. I was drawn to this role because of his quick wit, especially when it comes to having a snappy comeback. What has been the most fun in bringing this character to life on stage has also been the most challenging, and that is the depth of his humor. Lombard is constantly using jokes to break tension, egg on his fellow peers or even continue his romantic pursuit of his love interest, Vera Claythorne, throughout the show. He is an intellectual character who thinks before he speaks and has a purpose behind every word.

I have really enjoyed my time being involved in theater at HFC. I’ve gained experience working with professionals and have learned a lot about what it takes to make it in this business. I plan to attend HFC for another year and take part in as many shows as I can before I hopefully transfer to the University of Michigan–Ann Arbor in pursuit of my Bachelors of Fine Arts in Performance Acting.

Christopher Bremer, known for his work throughout Metro Detroit, Henry Ford College, and as the executive director of The Jewish Ensemble Theatre (JET) located in West Bloomfield, is working as this show’s director. Having performed in Italy, Greece and 44 states across the country, his experience, knowledge and artistic eye has created a show full of excitement, comedic moments, intensity and realistic characters.

Bremer chose “And Then There Were None” as HFC’s winter show because “I always wanted to do an Agatha Christie piece, and the fact of the matter is, very rarely will our students get a chance to do this kind of work,” says Bremer. “You don’t see it done in contemporary theater, and even very few community theaters will attempt to do this type of play, so when you got the grandame, Agatha, and you have an opportunity to teach the students something new and it’s really good work, you take advantage of it.”

Bremer explains why he chose a black box theater setting for this show: “Well, for many of our students the work they’re going to get is going to be in the smaller theaters, where you probably have 100-125 seats. Playing to the 400 seat house is a completely different challenge,” said Bremer. “We have a lot of new students to the program, so we hoped that a smaller venue would allow them to be heard, seen and that is also what they will play in as they get out in the professional world.”

Bremer asks rhetorically, “Why do I think the audience should come see this show?” He continues, “Because you don’t get an opportunity to see master works like this done every day. Also costume dramas are real fun and it’s not a drama, it’s a mystery so you have to be involved, and that’s the beauty of theater.”

Third-year student, Natasha Hawkins, 24, is portraying the role of Vera Claythorn. She is a regular to the HFC stage with “And Then There Were None” being her fourth show on campus following her work with “Charlotte’s Web,” “Blithe Spirit” and “Shooting Stars.” Hawkins describes her character as “cunning, smart, and analytical. My favorite aspect of Vera is that she is a kind hearted person who treats everyone fairly and tries not to judge others – unless they deserve it.” In her time here at HFC, what she has enjoyed the most about our theater program is that “doing all these different roles has not only given me a chance to see that I can be a diverse actress, but the confidence to do so as well.” Hawkins says, “I hope the audience leaves our show amazed,” and adds, “The events that unfold throughout the story and its intense moments, combined with the building suspense leading to an exhilarating conclusion will hopefully leave this show lingering in the audience’s minds long after they have left our theater.”

Hawkins plans to enroll at a major university in the fall to pursue her Bachelors in Theater.

Dakota Nuttall, 21, in his third year at HFC, is playing Thomas Rodgers. This is his third show on campus having been a part of last year’s production of “Charlotte’s Web,” and starring in the upcoming studio showcase of one act plays opening May 3. Nuttall describes his character as “a servant who takes pride in his work. Once people start dying he begins to slowly fall apart, but he still tries to do the best job he possibly can.” His favorite quality of his character is “his composure, and how he tries to remain calm with everything going on around him.” Nuttall’s favorite aspect of being involved in shows at Henry Ford College is “working with the cast on campus and really getting to know everybody.”

The character of Emily Brent will be portrayed by first-year student Kyra Jolly, 22, who is stepping onto HFC’s stage for the second time after her debut in “Seussical the Musical.” Jolly said, “Emily Brent is super religious, judgemental and thinks that she is above everyone else.” In her time here on campus, what she has enjoyed of the theater program is how “HFC always keeps it interesting, like how we set up the stage as a black-box theatre setting specifically for this show.” After graduation, Jolly hopes to move to California to pursue acting.

The final four shows of “And Then There Were None” will be April 12, 13, 14 and 15. The Thursday, Friday and Saturday shows start at 8:00 p.m. with the Sunday matinee at 2:00 p.m. Performances will be held in the Mackenzie Fine Arts Center. Tickets will cost $15, or $12 for seniors, staff and students, and can be purchased at the door or online at https://theatre.hfcc.edu.