Speaking from the African Continent: “Black Panther” Gets It 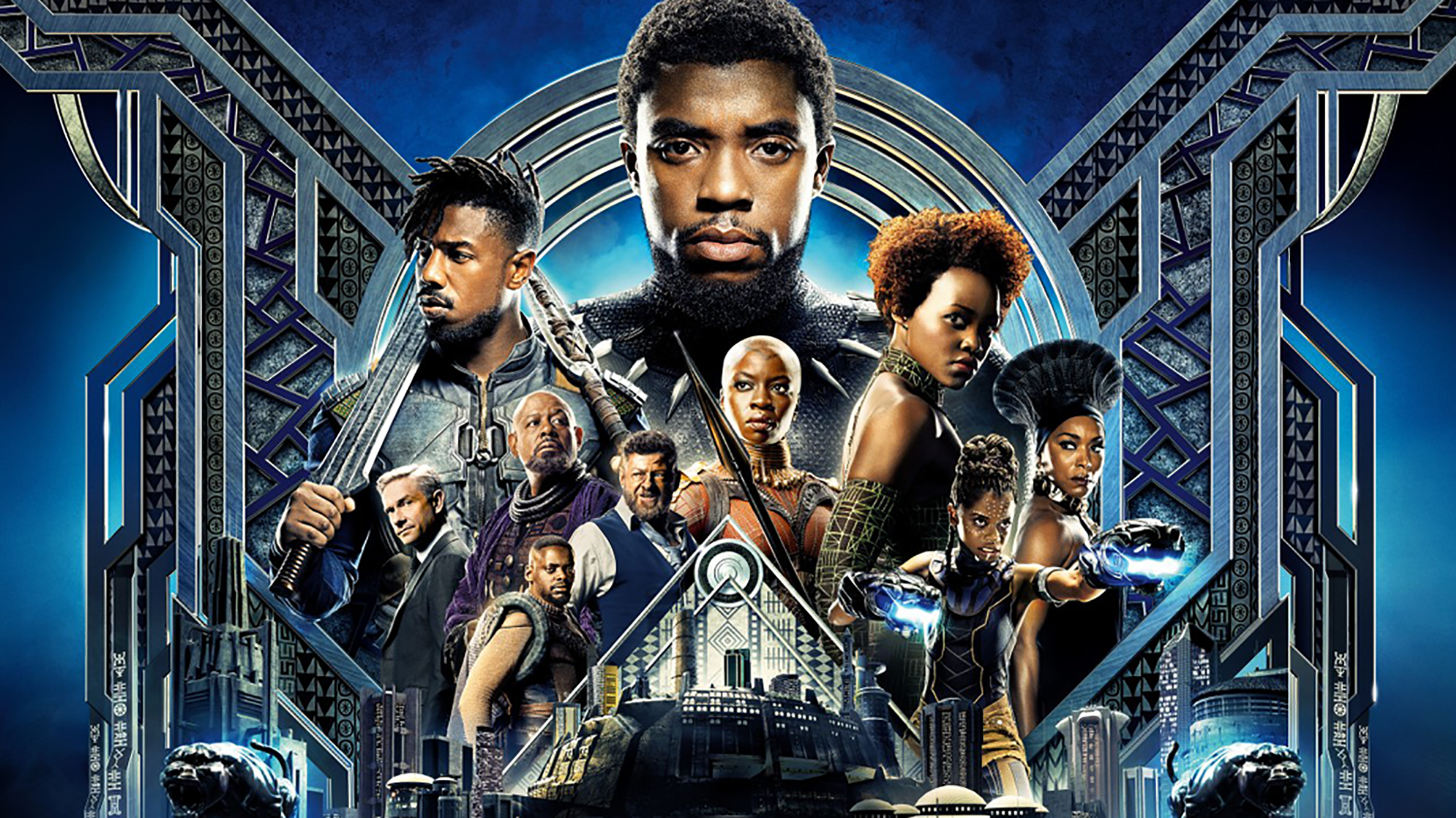 Directed by Ryan Coogler, featuring a predominantly black cast, Disney and Marvel Studio’s “Black Panther,” not to be mistaken for the 1960s Civil Rights movement of the same name, brings to life the first known black superhero in mainstream American comic books.

The film follows Crown Prince T’Chala (Chadwick Bosman), who returns home to take his place as king and assume the mantle of the Black Panther, protector of the Kingdom of Wakanda. T’Chala’s duty is to his own people. The fate of the world, however, also rests on his shoulders.

Wakanda is a fictitious sovereign state in East Africa. It is the most technologically advanced nation in the world. Its technology comes from Vibranium, a rare metal of unparalleled properties found only in Wakanda. In the wrong hands, Vibranium can be weaponized and used to wreak havoc on humanity. Protecting its vast deposits of Vibranium by using advanced technology, Wakanda shields itself from outsiders and thrives in isolation for thousands of years. To the rest of world, it is just another poverty-stricken country in Africa.

Touching on the legacy of a history obscured by slavery and racism which is central to most black films to come out of Hollywood, “Black Panther” is not just another attempt at weighing in on the black struggle. Steering conversation beyond the importance of inclusion and representation, the film creatively critiques the sometimes-whimsical escapism of Afrofuturism and tackles dilemmas that are pertinent to the reality we live in.

One such dilemma is the disconnect between African-Americans and Africans from the continent, a disconnect reflected in the relationship between the African T’Chala and the African-American Erik Killmonger (Michael B Jordan), an outsider with a legitimate claim to the throne of Wakanda and to the mantle of the Black Panther.

T’Chala and Killmonger are kin. Through no fault of their own, a rift is wedged in their kinship. Killmonger is left to face the challenges of growing up black in America. Radicalized by the injustices that surround him, harboring resentment towards the people of Wakanda for abandoning him, he seeks retribution. He is a product of his circumstances. T’Chala, on the other hand, grows up surrounded by his family, his people, his culture and traditions. Equipped with lofty ideals of duty and patriotism instilled in him by his father, he rises to be king. He too is a product of his circumstances.

T’Chala and Killmonger both want the same thing: a world where their people live free of exploitation and oppression. T’Chala is conflicted between upholding tradition and becoming the king the world needs him to be. Killmonger is fueled by vengeance; he employs radical means to get what he wants.

At a time when the entertainment industry is making strides in championing female empowerment, “Black Panther” adds a critical voice to the movement: the women of Wakanda challenge the negative stereotypes associated with women in film, particularly black women, that have for a long time contributed to their objectification and oppression.

Romonda, the Queen-Mother (Angela Bassett), is a dignified matriarch that commands great respect. She is the most prominent advisor to King T’Chala and is more than capable of running affairs in his absence. The Dora Milaje, led by General Okoye (Danai Gurira), are an elite, all-female squad of warriors. They guard the king and protect the throne of Wakanda. T’Chala’s younger sister Shuri (Letitia Wright), is a princess like no other. She is head of Wakanda’s tech design group and is responsible for creating most of Wakanda’s advanced technology. T’Chala’s love interest, Nakia (Lupita Nyong’o) is highly skilled in espionage and warfare. She is a headstrong idealist who openly opposes Wakanda’s isolationist policies. She believes that Wakanda must take proactive action to make the world a better place.

In the film’s first action scene, Nakia fights a gang of kidnappers and rescues a group of young girls somewhere deep in a forest. The kidnappers speak Hausa, a Northern Nigerian dialect common among members of the terrorist group Boko Haram. The referencing to the #Bringbackourgirls movement and Nakia’s belief in the need to take proactive action to make the world a better place sends a powerful message to the world. While hashtags are an important proponent of activism, they are not the sum of the action required to impact real change. Despite the global appeal for the safe return of the Chibok School Girls whose harrowing experience inspires the scene, nearly four years since their abduction, 112 of them remain in captivity, and Boko Haram continues to kidnap hundreds more.

“Black Panther” also speaks to the misrepresentation of Africa in the western world. Wakanda is perceived as a poverty-stricken nation populated by primitive people. Privy to Wakanda’s secret, however, we know otherwise. More concerned about protecting their secret than what the world thinks of them, the people of Wakanda have for a long time perpetuated the view that they are poor and primitive. The stereotype is their disguise.

While a large number of Africans on the continent live below the international poverty line, the continent is rich in natural resources, potential mineral wealth, biodiversity, as well as human capital. As far-fetched as it may sound, Africa is the “Wakanda” that is suffering the consequences of the exploitation of its resources, largely by external forces, but also by some internal factions. Through innovations in business, science, technology and the arts, Africans strive to shed the stereotype of a poverty-stricken primitive people.

Though Coogler recycles the formulaic presentations of superhero themes we have come to know so well over the years, “Black Panther” is not just another addition to the plethora of superhero films to come out of Hollywood. Beyond the action-packed sequences in the battle between good and evil, it presents a plausible imagination of a thriving fictitious nation that is far from being fantastical.

For viewers on the African continent, Hollywood has finally gotten it right: an authentic depiction of the rich tapestry of African culture and traditions.

The people of Wakanda speak isiXhosa, the native tongue of the Xhosa people of South Africa. The tribes of Wakanda use totem spirits to distinguish kinship and pay respect to the interrelation between humans, animals, and the environment as practiced by the Shona people of Zimbabwe.

Incorporating contemporary and traditional elements, Wakandan fashion also pays homage to the African continent. Some of the elements include the iconic green mohair suit by Ghanaian-British designer Ozwald Boateng worn by the leader of the River Tribe which is accessorized with a lip plate from the Mursi people of Ethiopia; the regal flared reed headdress of the Zulu people of South Africa worn by Queen Romonda; the ornate agbada robes of Nigeria and Ghana worn by Zuri the Wakandan shaman; the neck coils and bracelets of the Ndebele people of Zimbabwe and South Africa worn by the Dora Milaji; the Basotho blankets of the people of Lesotho worn by the Border Tribe; and the red ochre paste matted hair and skin of the Himba people of Namibia sported by the leader of the Mining Tribe.

On the African continent, comic-books and superheroes do not attract as much reverence as they do in the western world. Inspiring excitement like never seen before, however, “Black Panther” is changing the narrative. Many people from countries whose movie theatres are not big enough to screen newly released Hollywood blockbusters are going as far as travelling to neighboring countries to see “Black Panther.”

Raking in $1.1 billion in global box-office sales within four weeks of its release, “Black Panther” holds the record for biggest opening ever for a black director and a predominantly black cast. In fact, overcoming the long-held Hollywood bias against the profitability of black-centered films, “Black Panther” is on track to be the highest-grossing superhero film of all time.