by Fatima Nkata
Editor in Chief 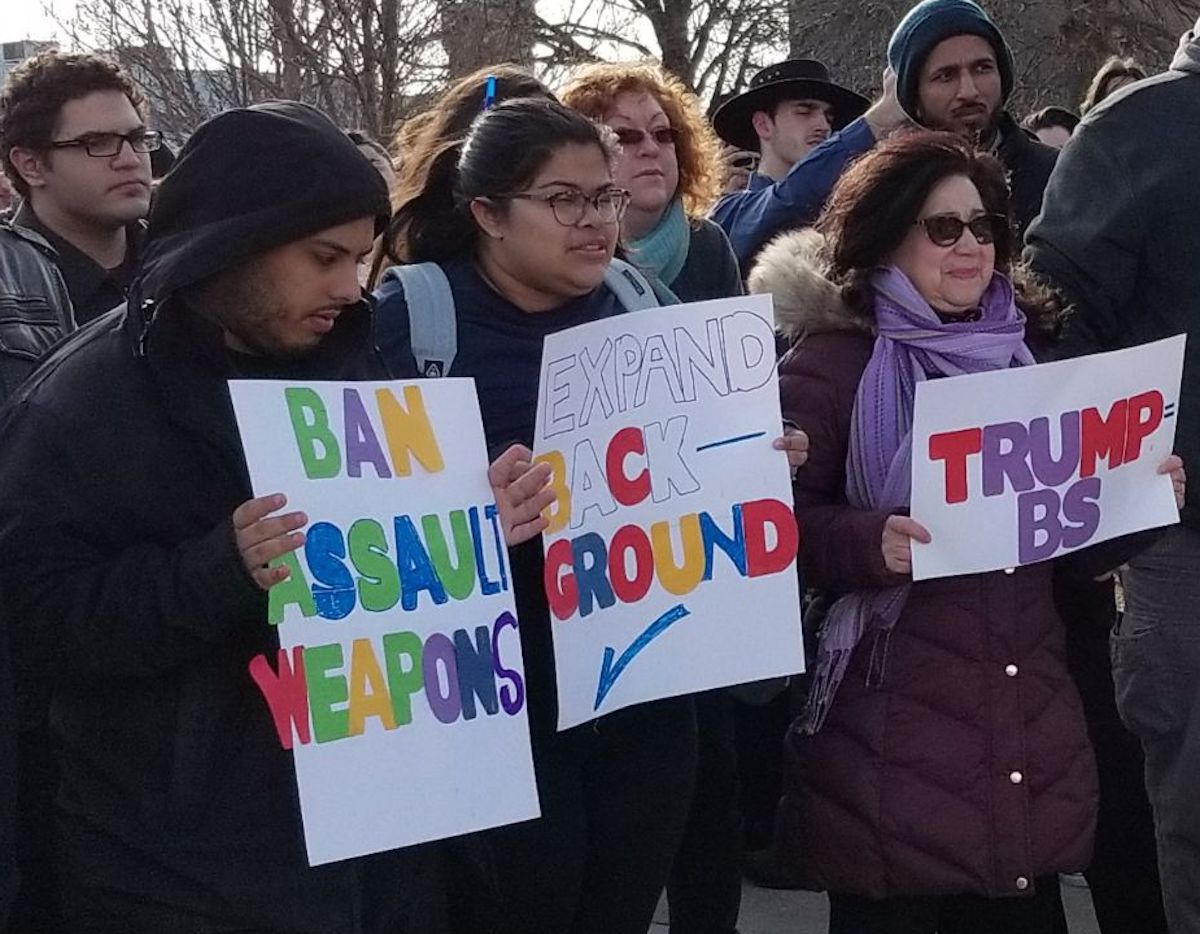 On March 14, marking the one-month anniversary of the deadly Marjory Stoneman Douglas High School shooting, thousands of students across the country walked out of their classrooms to participate in “#Enough: National School Walkout,” which was organized by Women’s March Youth Empowerment, a collective of teenage activists in cities across the country who work to organize their peers to take action on issues raised at the Women’s March on Washington back in January 2017.

In the wake of the Marjory Stoneman Douglas High School shooting, the survivors added a critical voice in the nation’s ongoing gun debate. Their efforts to raise awareness on the impact of gun violence and to call for meaningful legislative action have had far greater impact on the debate in the last month alone than we have seen in several years. Florida Gov. Rick Scott signed into law the Marjory Stoneman Douglas High School Public Safety Act which amongst other things, raises the minimum required age for purchasing a firearm from 18 to 21. The Broward County school board passed a 24-point resolution calling for Congress to ban assault weapons, require universal background checks and widen the perimeters of school gun-free zones. A growing list of companies in the banking, travel, health, hospitality and other industries are cutting ties with the NRA.

Through Henry Ford College’s Inside Track Program, HFC students participated in the “#Enough: National School Walkout.” During the demonstration held on campus, students as well as faculty members and staff voiced their concerns over campus shootings, shared personal experiences of gun violence in institutions of learning, and emphasized the urgent need for government to take serious action.

Emphasizing the significance of engagement and participation as a young person, 18 year old first year HFC student Skyler MacDonald highlighted the power young people hold in influencing policy on issues that concern them: “If we register to vote, we outnumber the baby boomers. Millennials and the new generation outnumber older voters. They cannot ignore the masses if we take it to the polls. Our children will not have to worry about this. Our next generations will not have to worry about this,” she stated.

As increasingly young people add their voices and rally support for the call for reforms in gun laws, pressure for legislators to act continues to mount.