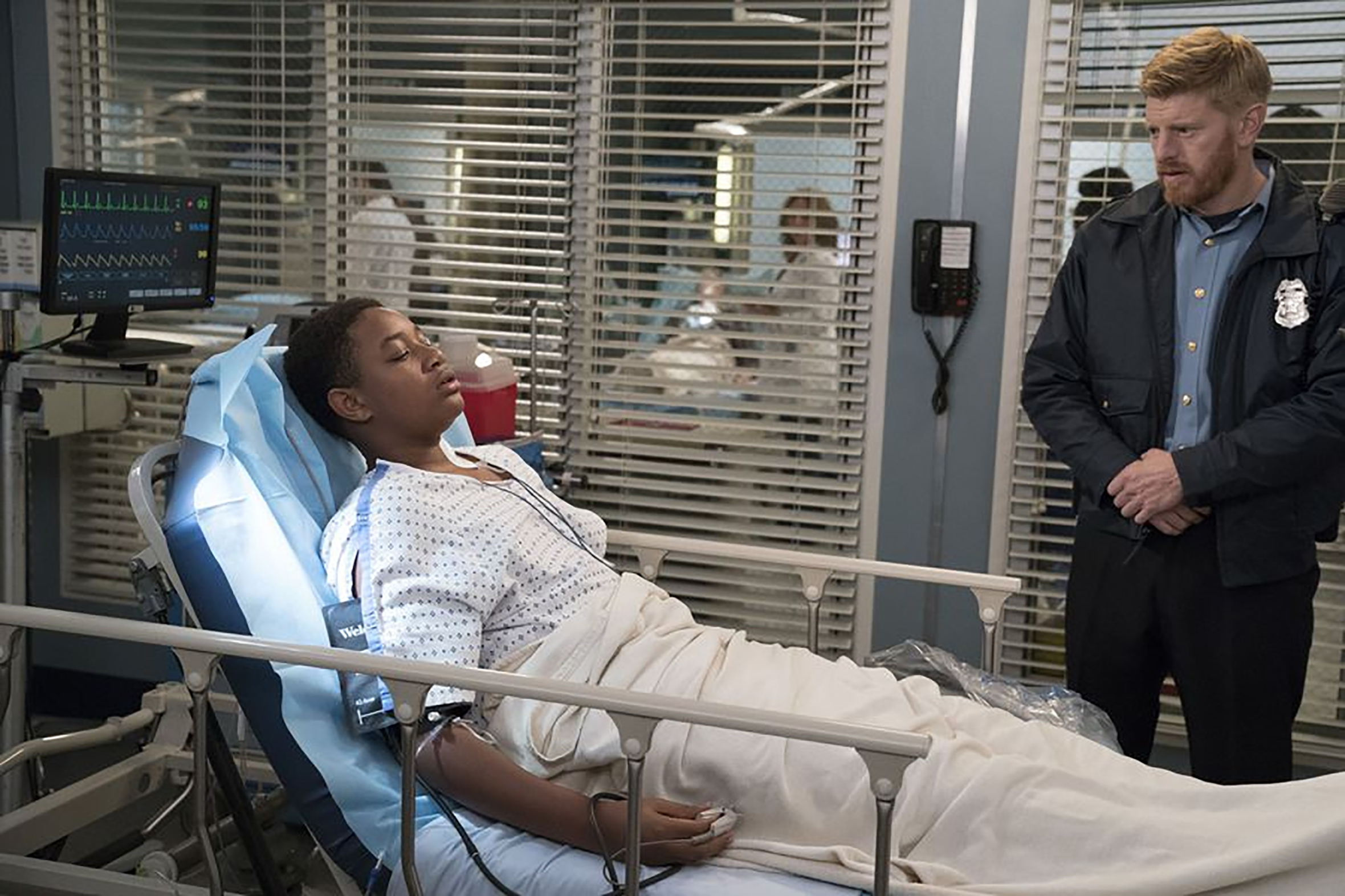 Popular ABC drama “Grey’s Anatomy” plays a monumental role in the showcasing of racially charged injustices. In a recent episode of the popular medical drama doctors Jackson Avery (Jesse Williams) and April Kepner (Sarah Drew) take on the challenging task of caring for an African American child after he is shot in the neck by law enforcement and taken to the hospital for treatment. As the episode progresses we learn of the shocking details surrounding this case. As he lie in bed in the hospital, Eric Sterling (Kai Chamar Williams) states to his parents, “I forgot my keys and they think I was breaking in.” Eric’s mother admits, “He always forgets his keys.” Eric replies, “I did go to the neighbors house first just like you told me to; they weren’t home.” In utter disbelief Eric’s mother looks up at police and says, “and for this you shot him?!”

The character of Eric Sterling is named after Eric Garner, a 43 year-old man who was arrested for supposedly selling cigarettes illegally on Staten Island, New York, in July 2014. Claiming he resisted arrest, police reportedly used a chokehold to subdue Garner, which resulted in his death. During the ordeal, Garner stated, “I can’t breathe,” eleven times to law enforcement. His death would later go on to help spark the Black Lives Matter movement, calling for a stop to police brutality against African Americans.

Tragedies such as Garner’s are among hundreds of similar reported cases, and many more that the Department of Justice admits go unreported.

In a Newsweek article titled “Who Was Killed By Police In 2017? More People Died From Police Shootings Despite Black Lives Matter Movement,” Beatrice Dupuy investigated the impact of Black Lives Matter on curbing police shootings against African Americans. Dupuy mentioned two names that stuck out to me. On Dec. 21, Kameron Prescott became the youngest person to be shot and killed by police last year. Prescott was reportedly hit by a stray bullet to the abdomen as police responded to a call about an attempted car theft in the area. Six-year-old Kameron Prescott died just four days before Christmas. On April 29, Jordan Edwards, age 15, was shot and killed as he left a party after the police had reportedly been called. As the vehicle Edwards was in attempted to leave, police officer Roy Oliver fired at the vehicle hitting Edwards. After firing, officer Roy Oliver reportedly “flipped off” the vehicle and its occupants.

The Guardian conducted a study titled “The Counted” which counted the number of people killed by police in the U.S. from 2015 to 2016. According to “The Counted,”young black men were “nine times” more likely to be killed by U.S. police with a total of 1,134 deaths in 2015. The study concludes that, “Despite making up only 2% of the total U.S. population, African American males between the ages of 15 and 34 comprised more than 15% of all deaths” logged by an “ongoing investigation into the use of deadly force by police.”

For African American parents raising young black children in a world where these statistics verify long-standing mistrust with police, their job often involves having to know when is the right time to have “the talk.”

For many outside the African American community who watched the Grey’s Anatomy episode, when the topic of “the talk” came up, that may have seemed something unique to that episode, but for African American viewers like me, referencing “the talk” was too familiar. “The talk” is where the parent must explain to his or her beautiful, intelligent, and gifted black son that since his very birth into this world someone, somewhere will view him and many of his race as a “threat” because of the color of their skin. Some boys will be given “the talk” as early as ten years old. While the child knows he is undoubtedly loved and cared for and he still wants to believe in the good in people, there is inevitably going to come a day where he is placed in a situation where running or even something so simple as reaching for identification could be the difference between life and death.

“The talk” does not just happen between African American parents and sons, but with brothers, cousins, nephews, friends, and increasingly is not just restricted to boys anymore.

Although I am a black female, I, too, must prepare for the pain as well as anguish whenever around law enforcement as well as other people in power I am supposed to trust.

While “the talk” a black male receives is centered around his safety and security in the event of being pulled over by law enforcement, “the talk” a black female receives as she comes into maturity involves that and more. In my experience, having “the talk” as a black female is also centered around a woman’s safety in a world heavily ruled by men. As early as six years old, I remember my mother sitting me down to have “the talk.” My mother, so bold and beautiful as she is, warned me of the dangers this world carries. “Never let a man touch you,” she told me. Those six words will forever be etched into my mind. My mother didn’t yet know it, but at that very moment, I realized I had been suffering in silence for what felt like months at the hands of an abuser. At just six years old my mother’s talk ultimately saved my life, giving me the strength I needed to finally put sound to my pain and take back the control I felt I had lost.

Whether male or female, African American or anyone who can be a target of abuse and violence, having “the talk” is necessary and one of the most important conversations a parent must have with his or her child.