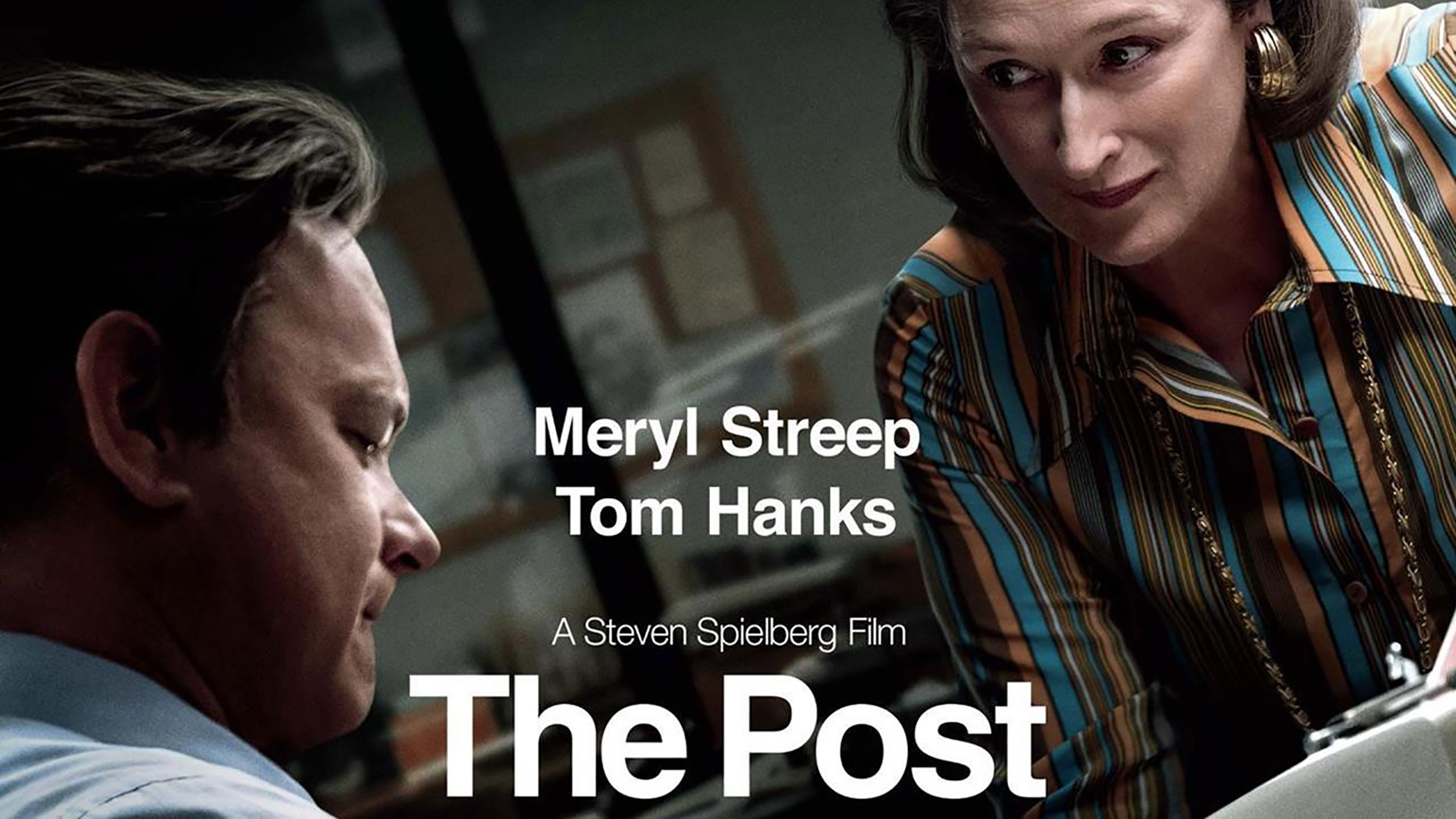 Government accountability, freedom of the press and equal rights for women make Steven Spielberg’s 2018 Academy Award nominated film, “The Post,” as relevant today as its true events were in 1971. “We wanted to tell a true story about a time when an administration attempted through the courts to squash the free press, and at the pleasure of the Nixon administration, stopped facts and the truth from being disseminated to the American people and to the world,” Spielberg tells People Magazine.

As the film opens in a flashback to 1966, we are immediately confronted by the horrors taking place in the Vietnam jungle where Defense Department analyst Daniel Ellsberg (Matthew Rhys) sees firsthand that the U.S. position in the Vietnam War is not tenable. To his dismay, this is the complete opposite of what four administrations—Truman, Kennedy, Johnson and Nixon—were reporting to the public.

Although he has been the front man for this illusion, U.S. Secretary of Defense Robert McNamara (Bruce Greenwood) conducts a classified study titled the Pentagon Papers, documenting the truth of the U.S. government’s political-military involvement in the Vietnam War from 1945-1967. To the abhorrence of its readers, the study reveals that the continual sacrifice of thousands of U.S. troops—fathers, sons, brothers, uncles—happened above all other reasons, to save the great humiliation of a bitter American defeat.

Through the conviction of Ellsberg, the Pentagon Papers are leaked to The New York Times. As unveiling of these egregious acts begin, we see the power of the Nixon Administration flexed to halt further printing through a court injunction, on the basis of national security and a charge of violation of the Espionage Act.

Now a top-ranking national paper renowned for its investigative reporting, The Post was then a small, local publication, rising slowly and fighting to keep its voice. At the helm is owner and publisher Katharine Graham, whose earnest and graceful depiction by Meryl Streep is nominated for a 2018 Best Actress Academy Award. With the aid of trusted advice, Graham is humbly leading this rather unstable publication, once securely run by her father and then by her husband, but which is now being offered at public stock for its own survival.

At a time when women were excluded from positions of leadership and power across industries, Kay Graham never found it the least bewildering that her father would leave the family business to her husband rather than to her. It is only after his sudden death that she finds herself struggling to navigate the family legacy, under the constant scrutiny and dismissal of men, particularly board members, who believe her incapable of doing so.

“In my 49 years of directing, I’ve never had a film come together this quickly,” Spielberg tells People. “The Post” was made in record time, under a year. “The first thing that attracted me to The Post was Katherine Graham, was her story,” he adds.

With The Times hushed by Nixon, Graham’s editor Ben Bradlee, wittingly portrayed by Tom Hanks, sends his own man to Ellsberg to secure a copy of the Pentagon Papers. There is a humorous and truthful scene in which Post national editor Ben Bagdikian (Bob Odenkirk) returns from Boston to D.C. with over 4000 photocopied pages of the report buckled safely in the first class seat beside him.

With the clock ticking, we see six Post journalists crawling around on their editor’s living room floor trying to make sense of stacks of unorganized classified documents in order to throw together complete stories by the end of the day. When The Post’s legal team gets wind of this operation, strong objection is raised toward publishing, a stunt that puts the company at great risk with investors and Graham and Bradlee in danger of being held in contempt of court.

Here Streep’s performance shines, as she fearfully weighs the chance of disappointing all whom she loves, both alive and dead, and jeopardizing either her entire company or everything it stands for. In the end, she harnesses that fear and begins to take real ownership of the company, no longer her father’s or husband’s, but truly hers. In agreement with her trusted editor Bradlee, Graham resolves to do what she believes is right and necessary. “The only way to assert the right to publish is to publish,” she concludes.

A landmark case is brought to the U.S. Supreme Court between the Nixon Administration and The New York Times and The Washington Post. “The outcome of this story allowed Ben Bradlee and Katherine Graham to pursue through the genius investigative reporting of Carl Bernstein and Bob Woodward the money trail that eventually led to Richard Nixon’s resignation. (The Watergate Scandal). One led to another.” says Spielberg.

Streep talks to The Washington Post about her admiration for Graham and what drew her to the role. “It was a different world in 1971,” she says. “And so for this crucial, crucial decision, to hold the line and to risk everything, to have that fall to a woman who was really alone in her position, that’s what interested me, both holding the line for press freedom and that it was a transitional moment for women.”

“The Post” is a must see film for its powerhouse cast and director combo, for its visual attention to the detail of chasing down a story before the internet—the close up on pencil, payphone and printing press, and for its dedication to telling a true story of the lasting effect made by individuals and organizations that challenge the status quo of an unjust society and hold those in great power accountable to the people they serve.