The Opioid Epidemic: A Lucrative Business 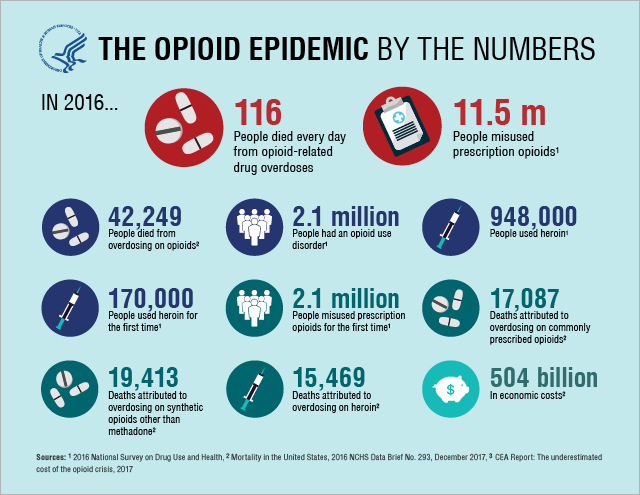 The scope of the word addict has changed greatly over the past two decades. A greasy, dirty, malnourished, twenty-something image of a person would come to mind in the days of old and maybe for some still. The truth is far different. An addict could be anyone we interact with in everyday life. A fellow student in class or a professor, a brother or a friend, even a grandparent. Addiction claws its way from the corners of the ghetto to the picket fences of suburbia.

The image of a drug addict has also changed because the landscape of drug dealing has changed. We no longer need to creep in low-light parking lots or know of drug houses in the ghetto. We need not worry that our dealers are strapped with guns because our pushers are our doctors. The new Pablo Escobar? Big Pharma.

Purdue Pharma produced a drug in 1995 that was first hailed as a medical breakthrough. OxyContin, one of the most addictive drugs on the market, has claimed around 200,000 American lives since 1999. When skeptics began to question the addictiveness of the drug, Purdue Pharma put $200 million into an aggressive marketing campaign to ease the fears of regulators, doctors and patients. Purdue Pharma was fined $635 million for the deception but the drug is still a legal, albeit controlled, substance.

The fine levied against Purdue Pharma may not have been enough to change the lucrative business of selling opioids. Owners of Purdue Pharma, the Sackler family became the newest family to crack the Forbes annual top-20 list of America’s wealthiest families in 2015 with a net worth of over $14 billion.

According to the Center for Disease Control, opioids are the cause of roughly 60 percent of all overdose deaths, claiming over 33,000 lives in 2015. Of that, roughly 15,000 people who died of a painkiller overdose were in their fifties. However, heroin addiction is increasing fastest among people in their twenties. Researchers are calling this crisis “two epidemics,” making a solution seem even more unattainable.

Heroin is sometimes confused as something different and more dangerous than the pills we could find in our household medicine cabinet, but that could not be farther from the truth. Pills like Vicodin, OxyContin, Morphine, and Percocet are just as deadly as the street corner smack junkies pump into their veins. They all fall under the same chemical makeup of the opioid family.

If they are the same, then why do we need to illegally creep to a low-income neighborhood for one and no further than the corner CVS for the other? Why is one a “healing medicine” and the other a disgusting death sentence for society’s outcasts? CVS publicly announced it would end tobacco sales, but the pharmacy giant continues to sell opioids.

The reason for the contradiction of classification brings us back to Purdue Pharma marketing OxyContin as a “wonder drug” that delivered a 12-hour “smooth and sustained” dosing that would drastically lower the addiction rate caused by other legal opioids. The FDA’s Dr. Curtis Wright apparently agreed with these claims, yet resigned from the FDA shortly after the drug’s approval and took a high paying position at Purdue Pharma.

Whistleblower Joe Rannazzisi, a former DEA Agent, linked the flow of OxyContin and other addictive opioids to lack of accountability in the distribution and approval process.

“The opioid crisis could spread ― aided by Congress, lobbyists, and a drug distribution industry that shipped, almost unchecked, hundreds of millions of pills to rogue pharmacies and pain clinics providing the rocket fuel for a crisis that, over the last two decades, has claimed 200,000 lives,” Mr. Rannazzisi told “60 minutes.”

Addicts often get labeled as weak individuals that have no self-control, but companies that make the prescription drugs continue to produce opioids and the FDA continues to approve them despite the CDC declaring America is facing a national opioid epidemic.

It is very likely that you know someone struggling to free themselves from the wheel of addiction or who is actively in recovery. Anonymous help lines such as SAMHSA’s National Helpline at 1-800-662-HELP (4357) can help.

We need to help one another with this crises, especially since we can’t rely on pharmaceutical companies to stop making money off of addiction.