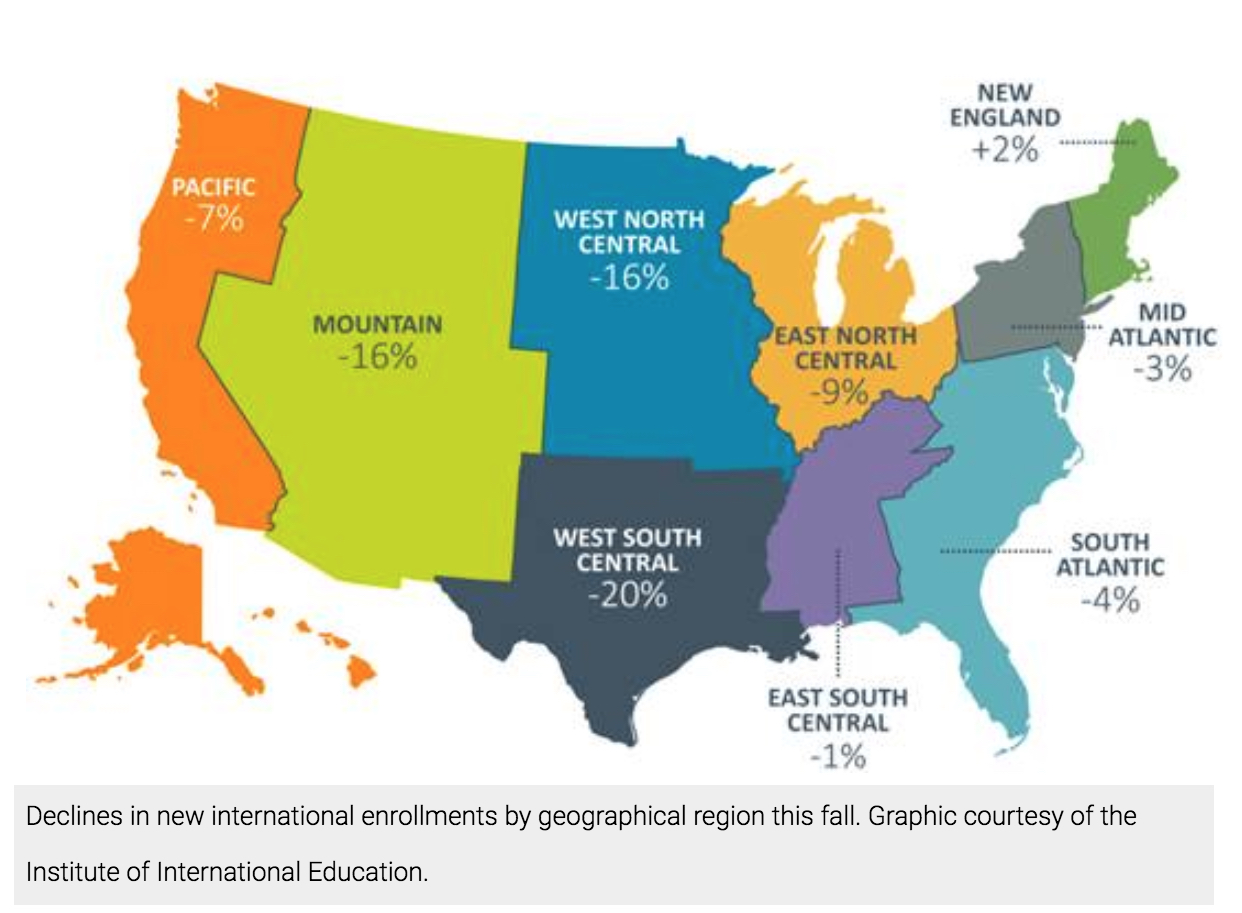 International students in the U.S. undeniably add value to cultural diversification. For institutions of higher learning, particularly public colleges and universities, boasting an international student body is one way of ensuring diversity requirements are met, it is also a tool for bolstering the school’s image, and a means of pleasing stakeholders.

According to data compiled by U.S. News Services, during the 2016-2017 school year, there were a total of 1,078,822 international students studying at colleges and universities across the country.

As the U.S. faces economic challenges, the cost of education continues to rise, endowments dwindle, and institutions of higher learning suffer cuts in the federal and state contributions to their budgets. Many colleges are faced with the challenge of prioritizing their obligations to in-state students. Many institutions nationwide have imposed policies on international students that work in tandem with those obligations: much higher tuition fees and additional fees for international students, and “need-aware” policies that require proof of the ability to pay tuition without the need for aid before an admission decision is made.

As highlighted by the U.S News Services data, international students are a lucrative source of revenue. During the 2016-2017 school year, they contributed $36.9 billion to the U.S. economy and supported more than 450,331 jobs nationwide. In Michigan, 34,296 international students across the state contributed $1.1 billion to the state economy and supporting 14,444 jobs.

International students are mostly full-fee paying students. They are not eligible for federal or state aid; few private as well as institutional scholarships are available to them and most are inadequate. To be eligible for private student loans, they must be creditworthy and have a U.S citizen of good credit standing willing to co-sign on the loan with them, a rather huge commitment to ask of someone.

International students mostly pay out of pocket or depend on the support of family to cover their cost. In some cases, they receive grants and scholarships from their own governments or private entities in their home countries. However, these scholarships and grants are awarded depend on admission letters which “need-aware” universities are not willing to issue without proof of finances.

While public institutions of higher learning must strive to stay afloat in challenging times, to foster inclusion and fairness and create a vibrant international academic community that is representative of all, it is imperative to recognize that these disparities in tuition, fees and admissions policies can be construed as exploitative and exclusionary. Used to subsidize institutional budgets, international students bear the brunt of the increase in the cost of education, and as a result, colleges and universities are giving preferential treatment to a specific class of students while excluding others from pursuing higher education in the U.S.