Uncertain Future of the Free Internet 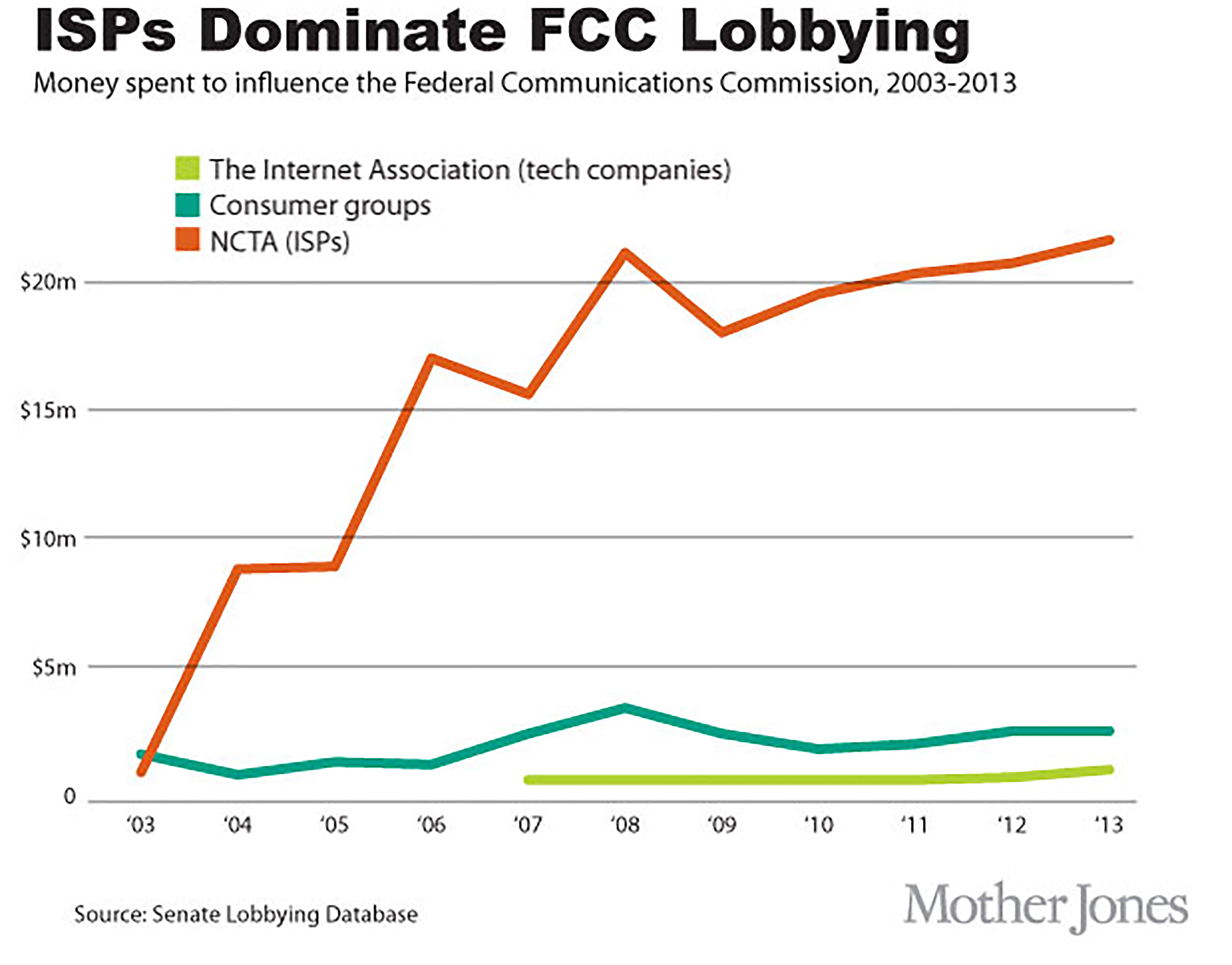 Last month, in a three to two decision the Federal Communications Commission voted to repeal net neutrality. The vote was split along party lines, with the three Republicans securing the majority. The repeal follows the recommendation of FCC Chairman Ajit Pai. Concern among consumer advocacy groups is that Internet Service Providers will no longer be prevented from discriminating between different forms of internet traffic.

With the internet classified as a utility, ISPs are required to treat all packets of information that travel through the internet equally. ISPs are not allowed to charge internet content producers an extra fee for a faster internet connection. ISPs are also prohibited from charging content producers extra for taking up bandwidth, a problem that most frequently occurs with video streaming services, due to the large amount of information high definition video requires. In addition, ISPs are not allowed to charge consumers extra fees for accessing certain online applications. ISPs are required to deliver the internet, as a whole, to customers, and cannot block the public from accessing specific online web services. In practice, this means that the content a YouTube channel with only a few thousand subscribers produces is given the same priority as the new season of “Stranger Things.”

Net neutrality’s role is mainly to prevent ISPs from choosing winners and losers online, and provides an equal playing field for all online media.

Consumer advocates worry that without the protections net neutrality provides, there will be no policy in place to prevent ISPs from packaging the internet into cable-like packages, charging separate prices for video streaming, social media, and email.

Rob Price from Business Insider observes that a net neutrality-less internet could look very similar to Portugal’s current cable television-like internet packaging system. Although the European Union does have some policy regarding net neutrality, Portugal still allows ISPs, like MEO, to divide internet services into packages. On their website, MEO provides packages labeled “Social,” which allows access to social media apps like Facebook and Instagram, and packages labeled “Music,” which allows access to apps like Google Music and Spotify.

For consumers, this means that to send out a Tweet, and check your email as you listen to music on iTunes, an ISP could require you to purchase three separate internet access packages. But, even then you would still be unable to access YouTube or call someone on Skype, without purchasing an additional two packages.

In the United States, the largest Internet Service Providers, are also some of the largest media producers. Comcast acquired NBCUniversal, and AT&T, while it is pending, is on the verge of a merger with Time Warner, which owns HBO. The repeal of net neutrality potentially could mean consumers will have to pay even more to access their favorite shows.

Ajit Pai and other critics of net neutrality claim that the repeal allows ISPs to compete with one another in a free and open market. They argue that without the regulation, ISPs will be able to change their prices for both consumers of online content, as well as producers, to be as successful as possible in the market, and provide fair prices to users. Companies who either price discriminate or charge exorbitant fees for those accessing the internet will be penalized by the free market and receive fewer customers. However as pointed out by Vox’s Aha Romano, the problem with this argument is that currently only a handful of ISPs control the entire market, and depending on where in the country you live, you would be lucky to find more than two ISPs. As Romano States, 50 million Americans reported to only have one option for high speed internet.

The problem that the lack of competition creates is unlikely to change due to the high barriers to entry that the market possesses. Small startup ISPs, which under net neutrality would be able to compete on a local level, will find it near impossible to establish a sustainable business model against their gargantuan competitors, especially when those competitors have more than the required resources to buy out any competition that springs up.

Prior to the vote, the public was given a platform to express their opinions and send messages to the FCC, voicing their support or dissent for the possibility of a repeal of net neutrality. After the vote for repeal, the FCC announced that, “following detailed legal and economic analysis, as well as extensive examination of comments from consumers and stakeholders, the Commission reversed the FCC’s 2015 heavy-handed utility-style regulation of broadband Internet access service, which imposed substantial costs on the entire Internet ecosystem.”

Upon investigation of said comments issued to the FCC during the period of open commenting, investigators discovered that many pro repeal comments were created by bots. Issie Lapowsky, from Wired, reported that over 22 million comments that were received by the FCC, were written by “natural language generation” and used to fraudulently inflate the quantity of pro repeal comments.

Lapowsky reports that a large influx of pro repeal posts were posted on May 23 and June 3, providing evidence towards a flood of artificial posts generated by autonomous algorithms. Many of the algorithms produced comments which used identical writing structures to produce a variety of different posts. These programs used synonyms of statements to assemble a “madlibs” style post. Although only a handful of statements and words were used to create these auto generated comments, the algorithms were able to produce 4.5 septillion combinations.

In addition to the bot generated comments, Brian Fung from the Washington Post reported that a worryingly large number of consumers had their personal information “hijacked” and used to generate comments that were posted to the FCC site. The identities of deceased individuals were also included amongst the suspicious comments. This obvious exploitation of the commenting system lead many to object to the FCC’s statement regarding the amount of pro repeal comments.

According to a poll conducted in early December 2017 by the University of Maryland’s Program for Public Consultation, 82.9 percent of Americans were against the repeal of net neutrality, while 15.5 percent were in support of the repeal.

Despite the overwhelming support for a free and open internet, the FCC still stands by their decision. Following the repeal, Chairman Ajit Pai uploaded a video to YouTube listing “seven things you can still do after net neutrality.” In the video Ajit Pai mocks those who support net neutrality, assuring viewers that they can still post pictures to Instagram, film Harlem Shake videos, and play with fidget spinners. Following a massive influx of backlash, the video has since been removed by YouTube for including copyrighted material.

Although the FCC has voted to repeal net neutrality, the ruling still must make its way through the United States Office of Management and Budget in order to become policy. Hope still exists to preserve the free and open internet.

The New York Times’ Cecilia Kang reports that Senate Democrats have announced that they are one vote away from being able to overturn the decision made by the FCC. The Congressional Review Act allows the Senate to overturn an order made by a federal agency through a majority vote. So far, every Democratic Senator, including Michigan’s Debbie Stabenow and Gary Peters, stands ready to vote to overturn the repeal, and protect net neutrality. Republican Senator, Susan Collins has expressed she would join her Democratic colleagues. This brings the number of Senators in favor of the overturn to 50, one away from securing a majority. Though this is a dark day for net neutrality, the fight is not over.