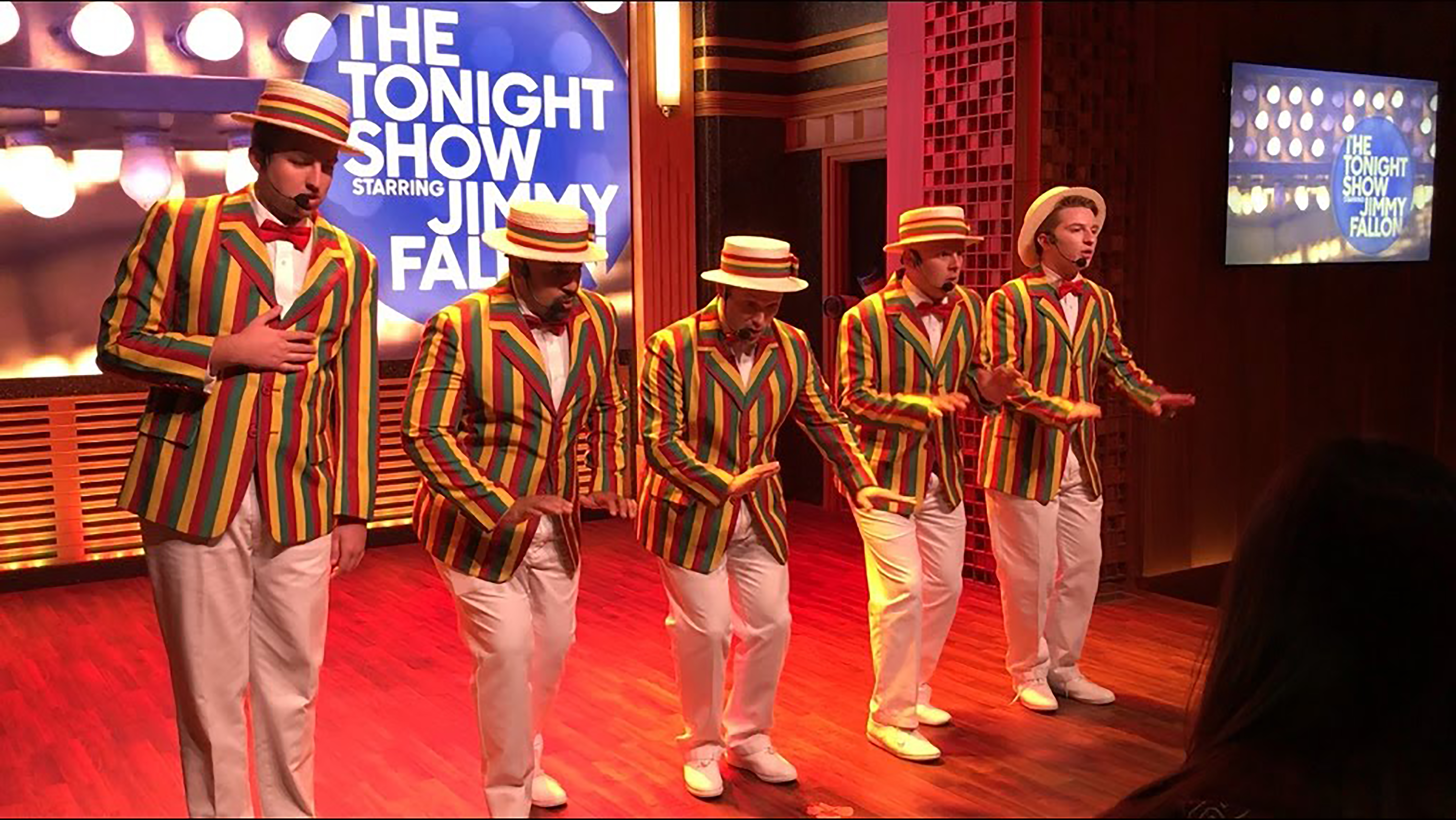 Universal Studios Orlando is well known for its two Harry Potter attractions, Jurassic Park water ride, and many wild live shows. The theme park always seem to take big blockbuster movies and condense them down into a well done three minute thrill. Between all of their movie rides, who would have ever thought the park would host a ride based on a talk show?

On a trip to Florida last month, I was able to try the ride for myself. Nestled between the “Hollywood Rip Ride Rockit Roller” coaster and “Revenge of The Mummy,” “Race Through New York” is hard to miss with its huge sign of Fallon.

The building that hosts the ride is a recreation 30 Rockefeller Plaza where “The Tonight Show” and other NBC shows are filmed. Applying a bit of forced perception, the building appears to have many floors while inside it only has two.

Using new technology, developers created a motion simulator that is also known as a flying theater. The two theaters can seat up to 76 people and are designed to make the audience feel like they are really floating off the ground as they race Jimmy Fallon through the streets of New York City.

“Race Through New York” is also the first ride to have guests receive a virtual ticket to ride it. Once in Universal, guests need to download the Universal Orlando app on their smartphone and access the “Race Through New York Starring Jimmy Fallon” screen where they can choose a time to come back to the ride. The virtual line cuts down on outrageous wait times like many other rides have throughout the park.

When you enter the ride, it seems as if you are walking through a backstage tour of 30 Rock. The main lobby has posters for NBC shows and previous “Tonight Show” hosts.

While waiting, guests will sometimes be treated to a live show from the Ragtime Gals, the barber shop quartet who takes popular songs and turns them into a doowop, and Hashtag the panda, the mascot for Fallon’s hashtag bit, who will meet guests and take pictures.

Guests are given 3D glasses before the pre-show. Jimmy Fallon and “The Tonight Show” band, The Roots, come on screen to introduce the ride to you and rap about the safety precautions. The ride begins in “The Tonight Show” studio where Steve Higgins, the show’s announcer, starts off the race. As riders speed through the halls of 30 Rock, the flying theater moves and shakes as if you are really racing behind Fallon through the streets. The impressive technology even blasts the smell of pepperoni pizza through the theater when Fallon throws a pizza box at the audience.

As with all Universal and Islands of Adventure attractions, “Race Through New York” lets out into a gift shop where guests can purchase “The Tonight Show” themed merchandise. They can even purchase their own reasonably expensive Hashtag the panda costume.

If you are not a fan of “The Tonight Show,” you may want to rethink getting in the line for this ride. There are many jokes and references that require you have previously watched the show, such as Sara and her step-dad, and Gary from the “Ew!” skit. I heard a child remark that he didn’t get some of the jokes because he isn’t allowed to stay up late enough to watch “The Tonight Show.”

As a fan of “The Tonight Show,” I enjoyed many of the shows best bits, such as Jimmy Fallon and Kevin Hart riding the Rip Ride Rockit and Daniel Radcliffe rapping “Alphabet Aerobics.”