FISA, Can You Hear Me? 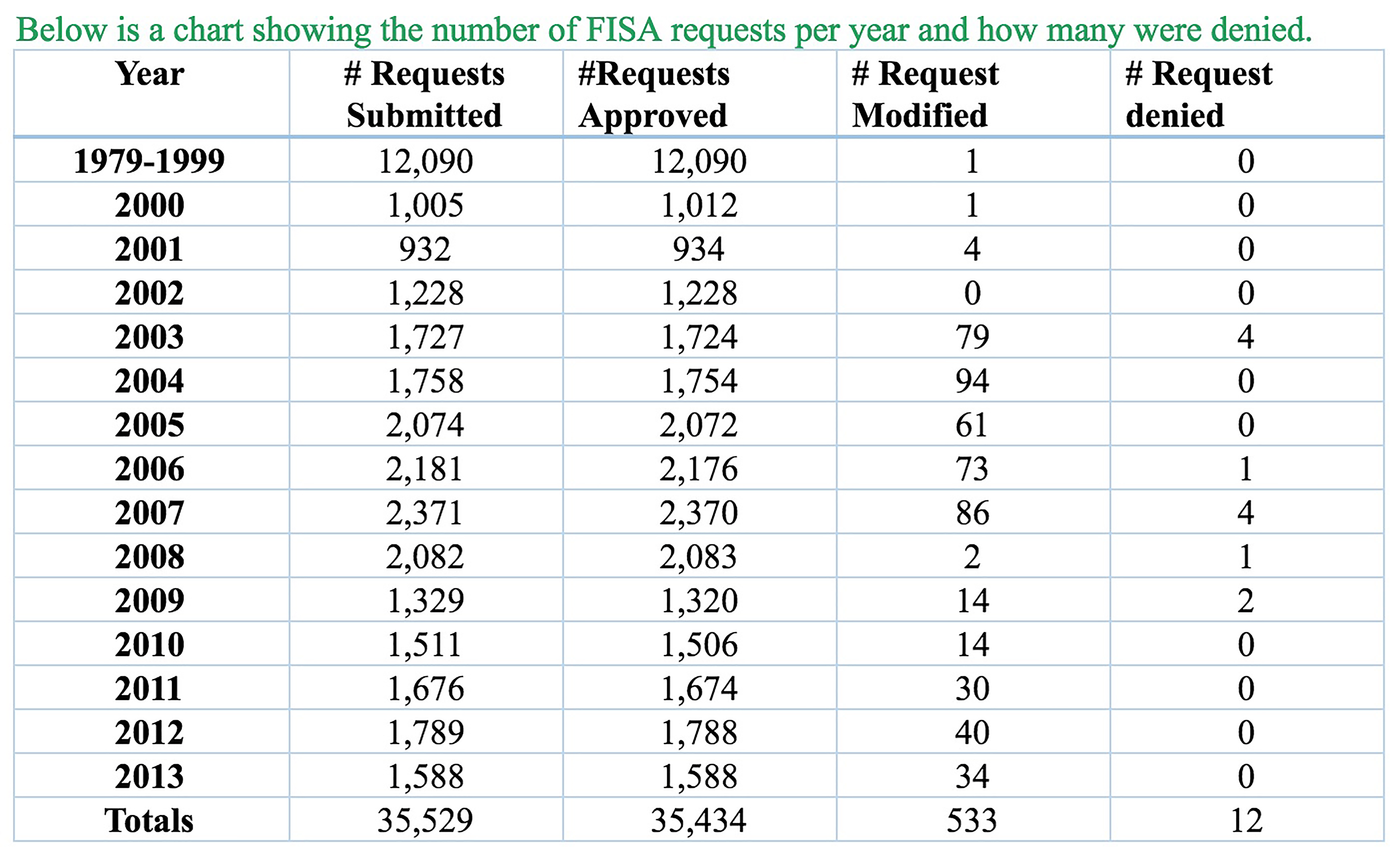 On Jan. 18, the Senate voted 65-34 on extending Section 702 of the Foreign Intelligence Surveillance Act and President Trump signed the bill the next day. The controversial act is cloaked in mystery but what we do know is the bill re-authorizes the federal government to collect the communications of suspected “spies and terrorists” without first obtaining a warrant.

The Foreign Intelligence Surveillance Court is a federal extension of FISA. Established in 1978 to expedite applications for surveillance warrants against foreigners living on U.S. soil and abroad who are suspected of spying for their respective countries or other affiliations. From 1978 until 2009 the court was located at the Robert F. Kennedy Department of Justice Building, but was relocated to its current location in the E. Barrett Prettyman United States Courthouse in Washington, D.C.

FISA warrants are requested before an individual judge of the court. The judges rotate duty each week. Nearly all the warrant requests are made ex parte or without legal representation of the suspect in which a warrant is being requested. Even more of what happens at FISA is shrouded in secrecy with other government agencies not knowing what is truly involved. The U.S. Attorney General alone decides if an emergency exists to justify the warrant request and the AG can authorize emergency employment of electronic surveillance before obtaining the necessary authorization from the FISC. Civil liberties groups like the ACLU worry that FISA lacks the accountability and oversight needed to protect citizens’ civil rights.

In 2013, National Security Agency contracted analyst, Edward Snowden, released documents related to FISA, releasing a copy of a top-secret warrant ordering Verizon Business Network Services to provide a daily and continuous feed of “telephony metadata” to the NSA. “Telephony metadata” includes comprehensive call records with location details on all calls in its system, including domestic calls from citizens of the United States.

President Trump made two tweets concerning the reauthorization of the law. The first tweet is below:

Republican Sen. Richard Burr of North Carolina called the 702 provisions, “the single most important intelligence tool that exists for us to keep Americans safe.”

While in office, President Barack Obama supported FISA while reassuring Americans their rights would be protected: “I will provide our intelligence and law enforcement agencies with the tools they need to track and take out the terrorists without undermining our Constitution and our freedom. That means no more illegal wiretapping of American citizens. No more national security letters to spy on citizens who are not suspected of a crime. No more tracking citizens who do nothing more than protest a misguided war. No more ignoring the law when it is inconvenient.” Obama added, “the FISA court works.”

A bipartisan group of privacy-minded lawmakers resisted re-authorizing the bill. The opposition claims that Section 702 allows the government to conduct dragnet sweeps of American citizens’ communications under the façade of targeting foreigners overseas. The collection of the so-called “incidental” data doesn’t happen by chance according to privacy rights advocates.

Senators Rand Paul, Ron Wyden, Steve Daines, Patrick Leahy, and Elizabeth Warren held a press conference to plead with their colleagues in the House to support a warrant requirement to access Americans’ private data. Despite such efforts to include privacy safeguards, the House voted 256 to 164 to extend FISA for six years with minimal changes.