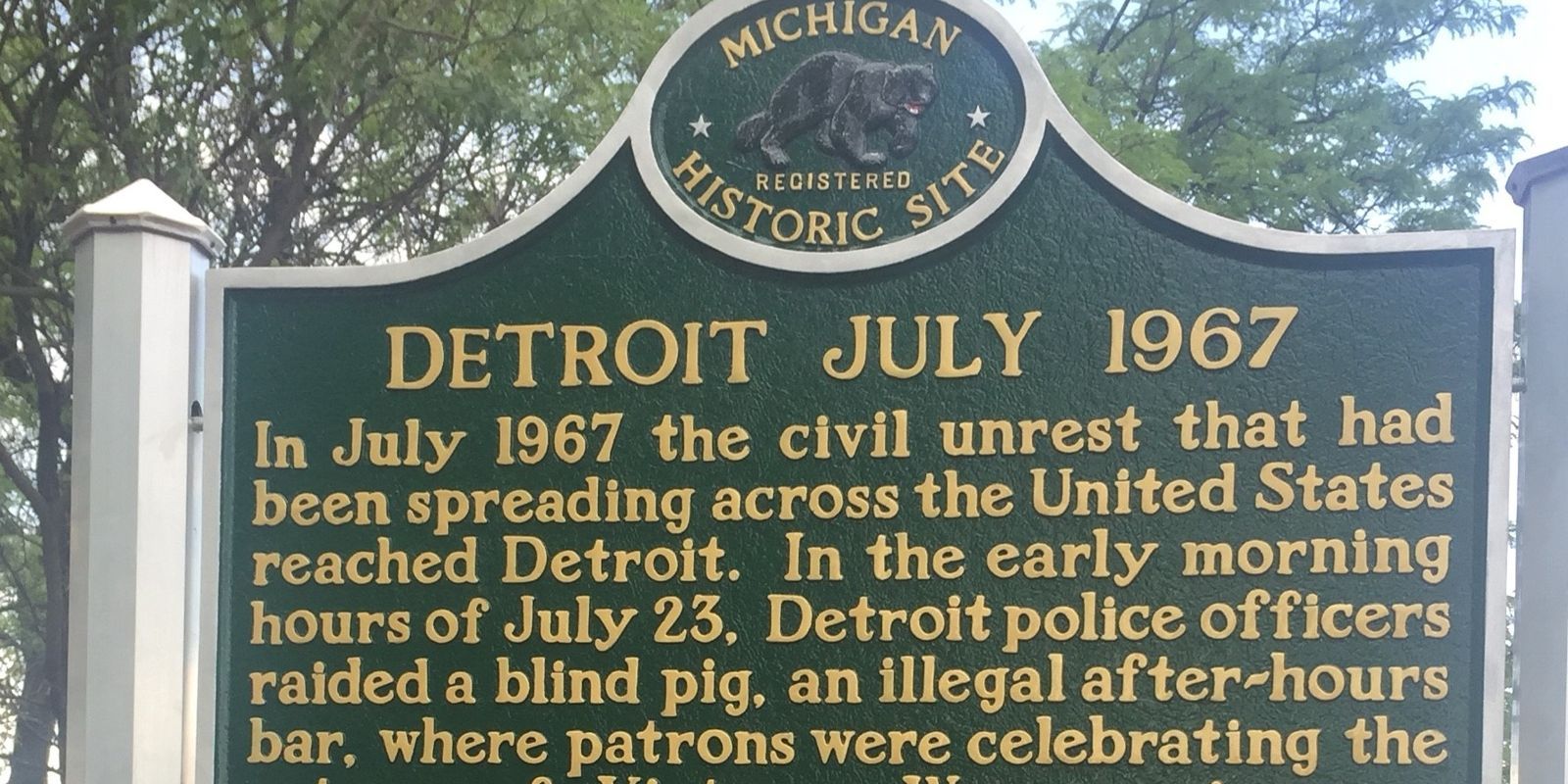 In April of 1966, Charles Codding, a 12th grader at Detroit Northern High School, wrote an editorial highlighting the school district’s biased social promotion policies and the low quality of education black students received not only at Detroit Northern High School but other predominantly black schools in the local area. The response to the school’s censorship of Codding’s editorial led the school district’s Superintendent to a decision to close the school in anticipation of protests over the censorship. On April 7, 1966, 2300 students and members of the community responded by boycotting the school and taking to the streets to demand that changes that would ensure equity between schools with predominantly black student bodies and those with predominantly white student bodies be implemented.

By the 1960s in Detroit, systematic racism and social promotion policies that left African-Americans at a disadvantage and exacerbated racial tensions were not only limited to the education sector. Urban renewal projects meant to improve living conditions and attract new business investments had adverse effects on black people who made up 38 percent of the total population of the city. Entire black communities were destroyed, black-owned business establishments were razed to the ground and many African-Americans were deprived of their means of earning a living.

On the near east side of Detroit, Hastings Street, the pillar of Black Bottom, a once thriving African-American community was demolished to make way for the Chrysler Freeway. Black-owned hospitals, pharmacies, dime stores, restaurants, clubs, hotels, and many other businesses were destroyed. What remained of Black Bottom was wiped out and replaced with Lafayette Park, an intermixture of luxury apartments, tower structures, and townhouses. Due to inadequate income, most of the African-American families could not afford to live in Lafayette Park and there were only a few public housing facilities available to African-Americans. This resulted in overcrowding in low-income high-density black neighborhoods. Some of the displaced families began to move into traditionally white communities, adding pressure on the already strained race relations.

Blatant acts of racism and complicity by a white-dominated criminal justice system added to the tension. African-Americans had no faith in the justice system and little trust for law enforcement.

On June 23, 1967, in a racially charged incident, Daniel Thomas, an African-American Vietnam War veteran, was killed by a white man at River Rouge Park on the far west side of Detroit. Thomas was at the historically white patronized park with his pregnant wife when they were accosted and harassed by a group of white men for being at the park. Michael Palchlopek and five others were arrested for the murder. The five were released without being charged and Palchlopek was later found not guilty.

A week after the murder of Daniel Thomas, Vivian Williams, a black commercial sex worker, was shot dead at the corner of Hazelwood and 12th street. The official statement by the police was that Williams was killed by her pimp. The rumor circulating in the African-American community, however, was that she had allegedly been shot by a white police officer.

Three weeks later, in the early hours of July 23, 1967, at the corner of 12th and Clairmount, a mere three blocks away from where Williams had been murdered, police raided a black owned unlicensed after-hours club. The club, owned by William Scott, had been hosting a party for two returned African-American Vietnam War veterans. Police arrested all patrons that were in attendance.

As they loaded the patrons onto police vehicles, a crowd gathered on the street. Tensions between police and the community were already high on account of the rumor surrounding the Williams murder. Speculations that police had used excessive force in the arrests fueled anger from the crowd. Violence erupted and what followed was the infamous Detroit Riot of 1967. After four days of violence and looting, 43 people lost their lives; more than 1000 were injured; over 7000 arrested; over 300 families were displaced from their homes; around 1,700 stores were looted, and nearly 1400 buildings burned.

The police raid on the after-hours club may have triggered the riot, but the magnitude of the violence and the extent of the damage was a clear culmination of years of pent up anger and frustration over the systematic disenfranchisement of African-Americans in Detroit and in cities across the nation.

On the one hand, the 1967 riot in Detroit prompted the passage of the Michigan Fair Housing Act, meant to combat segregation in residential areas; opened up employment opportunities for minorities in city jobs that were predominantly held by whites; and paved the way for the election of the city’s first African-American mayor in 1973. On the other hand, the riots accelerated “white flight” and the migration of businesses from the inner city to suburban areas; lower housing values and less resources for neighborhoods gave way to blight, poverty, and crime. Detroit quickly became synonymous with being a violent unsafe place to be. Large parts of the city’s infrastructure became neglected and irreparably damaged.

Fifty years later, do the underlying issues that fuelled the 1967 riots still remain?. As the topic of race relations continues to dominate state and national headlines, a 2016 survey conducted by EPIC-MRA for the Detroit Journalism Cooperative indicates that there has been significant progress in the Detroit Metropolitan area.