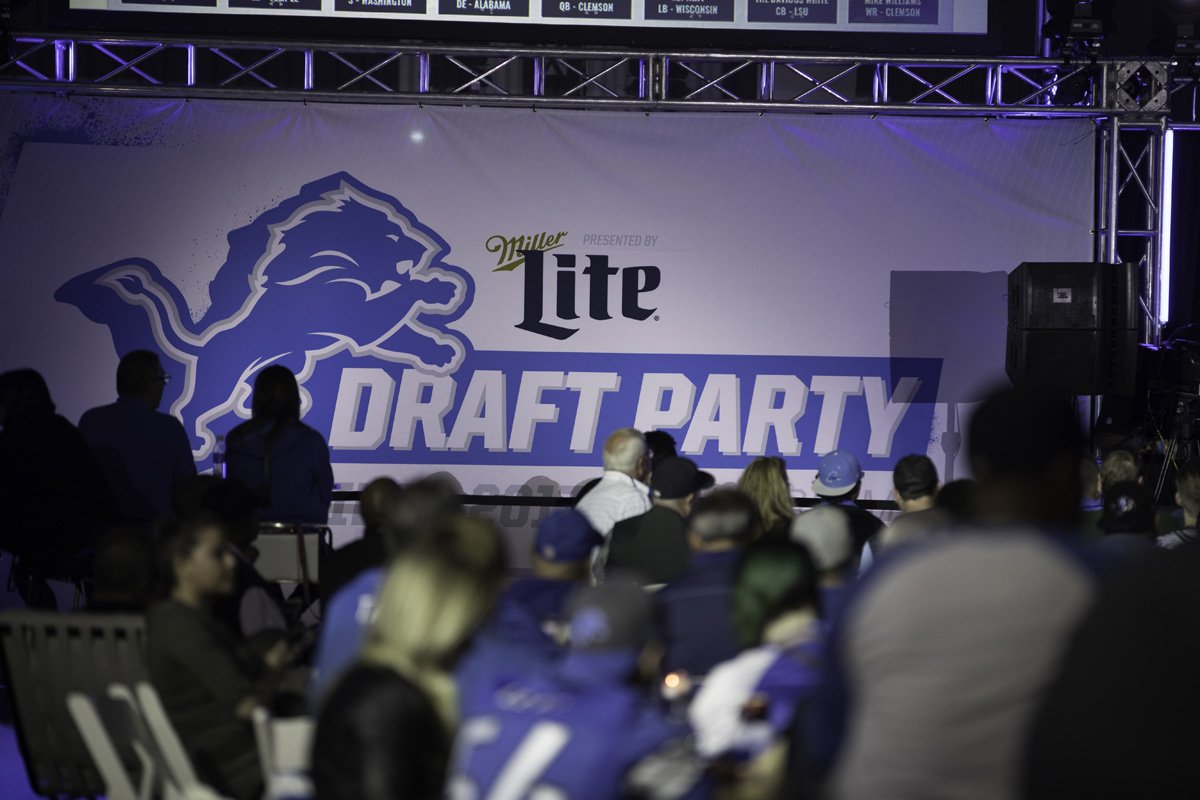 The Detroit Lions held their annual draft party on April 27. I was honored to be the only college reporter invitedto attend the event. This year the draft party was held at the team’s headquarters in Allen Park where they featured food from a new venue that will open at Ford Field this fall. There were nearly 700 people in attendance.

Bob Quinn the Lion’s general manager and Rod Wood the team’s President were interviewed live on WJR, the Lions official radio station. Quinn said he felt more comfortable this year as compared to last. Wood said that the team is committed to evolve the fan experience at the stadium and throughout the year.

The Lions had 21st pick in the first round and selected linebacker Jarrad Davis out of Florida, which filled a need for the team, after cutting DeAndre Levy earlier this offseason. Quinn said he felt really fortunate to pick Jarrad as our selection at 21. Quinn later said, “He’s a guy we spent a lot of time evaluating.”

Jarrad Davis said, “The biggest thing, man, not only as a linebacker, but as a player and as a teammate I bring that hard-work mentality.” Davis felt fortunate for the chance to play for the Lions.

The Lions’ second round pick was Davis’ teammate from Florida, Teez Tabor. Tabor said that he and Davis have a great relationship, and were two of the hardest workers on Florida’s team, and that they were hungry for victory.

As the only college reporter invited to the Lions draft party for the second year in a row, I felt fortunate to be so honored by the Lions organization. As a Lions fan, I share the thirst for victory expressed by Tabor and the hope for a successful season expressed by all at the draft party.