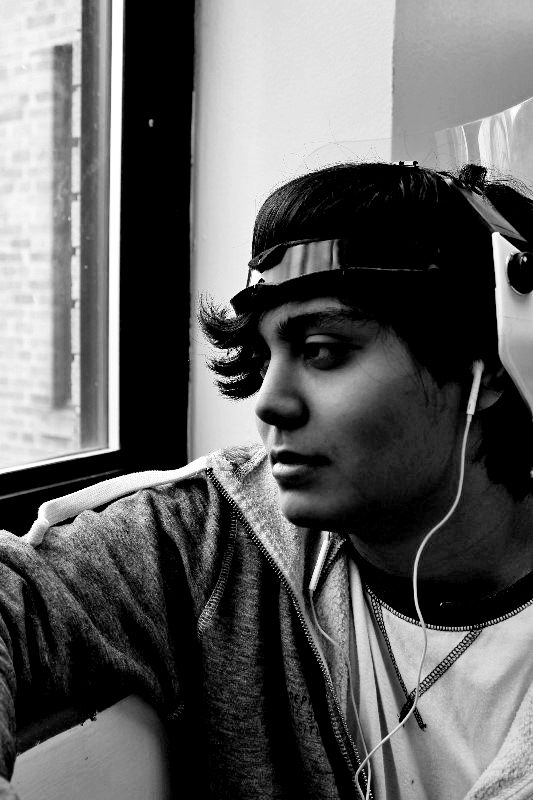 The Arab American National Museum hosted a film program that started in October 2016 and continued until March 2017. Reel Stories is a Museums Connect project that was created in partnership with the Palestinian Heritage Museum in East Jerusalem, Palestine. The program is dedicated toward empowering women interested in the film industry. Seventeen young women from different high schools in the Metro Detroit area worked on completing a short film.

The girls were producers, editors, writers, actors and directors. Working together, they built lasting relationships. One program aim was to empower the girls by having them discuss women in art and film. The girls were assigned homework that consisted of watching different films or reading books written and directed by women of color. They had the opportunity to meet a professional female filmmaker and Skype with a few others.

The two museums collaborated through Skype sessions. Fifteen girls in the Palestinian Heritage Museum were making their own short film. The girls discussed their ideas and progress with the films throughout the year. The Palestinian Heritage Museum’s film was a documentary discussing the harassment that occurs in the streets of Jerusalem while the Arab American National Museum’s film was a narrative addressing stereotypes that Arab women face in terms of career choices.

After the program’s completion in March, the film premiered at the Ann Arbor Palestine Film Festival and will also be played and discussed in a few other film festivals including the Allied Media Conference in June. Four girls from Reel Stories were given the opportunity to travel to Palestine for a cultural exchange in the first week of April to meet the group of girls at the Palestinian Heritage Museum. The girls traveled across the country to visit holy sites and famous museums and cities. They learned about the Palestinian culture and reflected by taking photos, making videos and writing blog posts about their week-long trip. In addition to showing both films, the girls had the opportunity to speak on stage and celebrate their talents through a night of poetry, art and music. Four girls from the PHM will be flying to visit Dearborn in the first week of May.

The Arab American National Museum will have a public and free screening and panel discussion of both films on May 5, from 6 p.m. to 8 p.m.