Fun with the Undead in “iZombie” 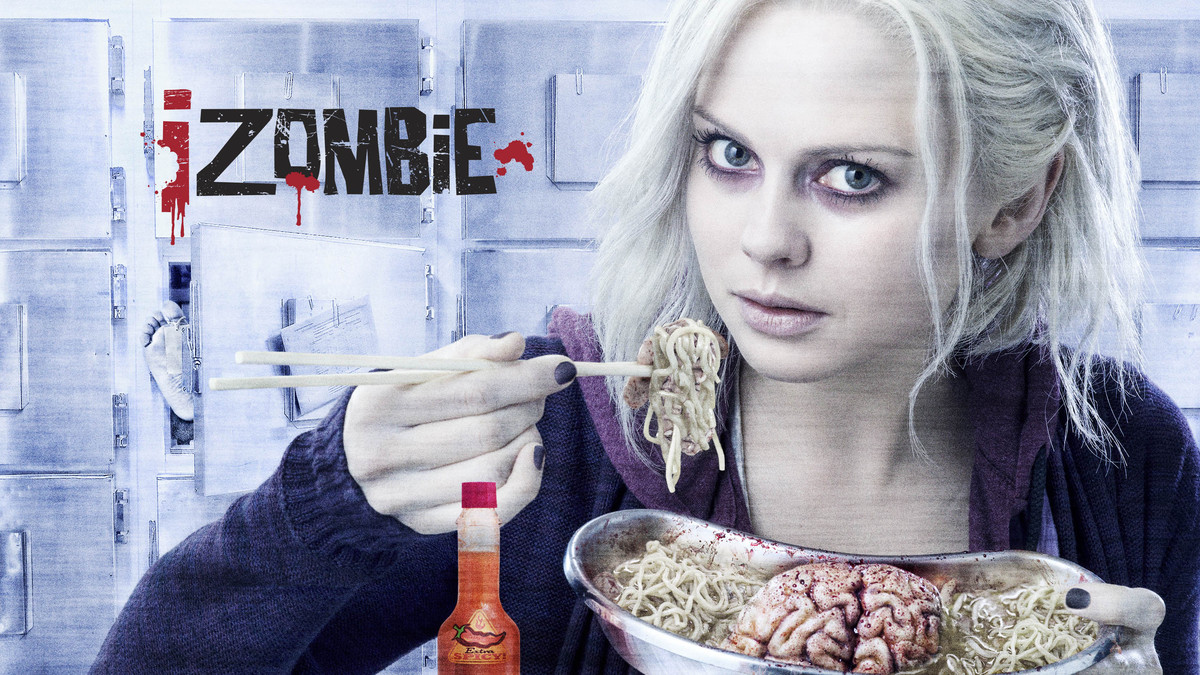 Courtesy of The CW

Working in a morgue is not an easy or pleasing job. Working in a morgue while being a zombie? Seems like it would be heaven. But what if every brain you consumed caused you to take on the personality and memories of the victim? The moment you may finally feel safe, you discover there are more out there like you and they want to make your city the “homeland” for zombie-kind.

Welcome to the life of Liv Moore (ironic, right?) the protagonist of the CW show “iZombie,” created by Diane Ruggiero and Rob Thomas, and based off the DC comic of the same name by Chris Robernson. Liv was once an over achieving medical student who never even thought of going to parties or being out late on a school night. But after a horrific boat party, Liv’s easy-going life became an undead nightmare. Liv (Rose McIver) now works alongside Seattle PD detective, Clive Babineaux (Malcolm Goodwin), to solve the city’s murder cases.

But now, as the show returns for season three, things have gotten even stickier as the zombies mean to take over Seattle. At the end of season two, Liv, Detective Babineaux, who just discovered zombies really exist, and Liv’s ex-fiance, Major Lilywhite (Robert Buckley), had broken into a Max Rager party, where they discovered a whole slew of the living dead being experimented on in Rager’s basement lab. Rager had been the suspect of many zombie outbreaks in the city. . As they attempted to rescue the victims, many more enraged and hungry zombies emerged and began turning the party into a massacre. Liv then discovers that there is now a whole agency of zombies who want to know if she is on their side. Right before she could respond, the show abruptly ended.

The first episode of the new season raises many questions. How will Liv handle the notion of there being an entire population of zombies? If there is an entire population of zombies, how will they get their food when they decide to take over? Finally, how will the rest of Seattle react to zombies in their territory? Blaine DeBeers (David Anders), past seasons’ main antagonist, is still on the show dealing with memory loss from the zombie cure. Many know Anders from his portrayal of Doctor Frankenstein in the ABC show “Once Upon a Time” and are familiar with his dark side. Though the Blaine with memories was similar to the good doctor, the new, memory-less Blaine holds a simple innocence that causes the viewer to wonder if it may all be an act.

Unlike “The Walking Dead,” “iZombie” takes the undead and makes them almost human. While they still require brains as food, the zombies carry on about their daily lives as if nothing has changed. There’s no apocalypse or blood bath. Just simple zombies gradually overtaking the city and moving on with their new undead existence.

“iZombie” airs on Tuesday nights on the CW. The first two seasons are available for streaming on Netflix.