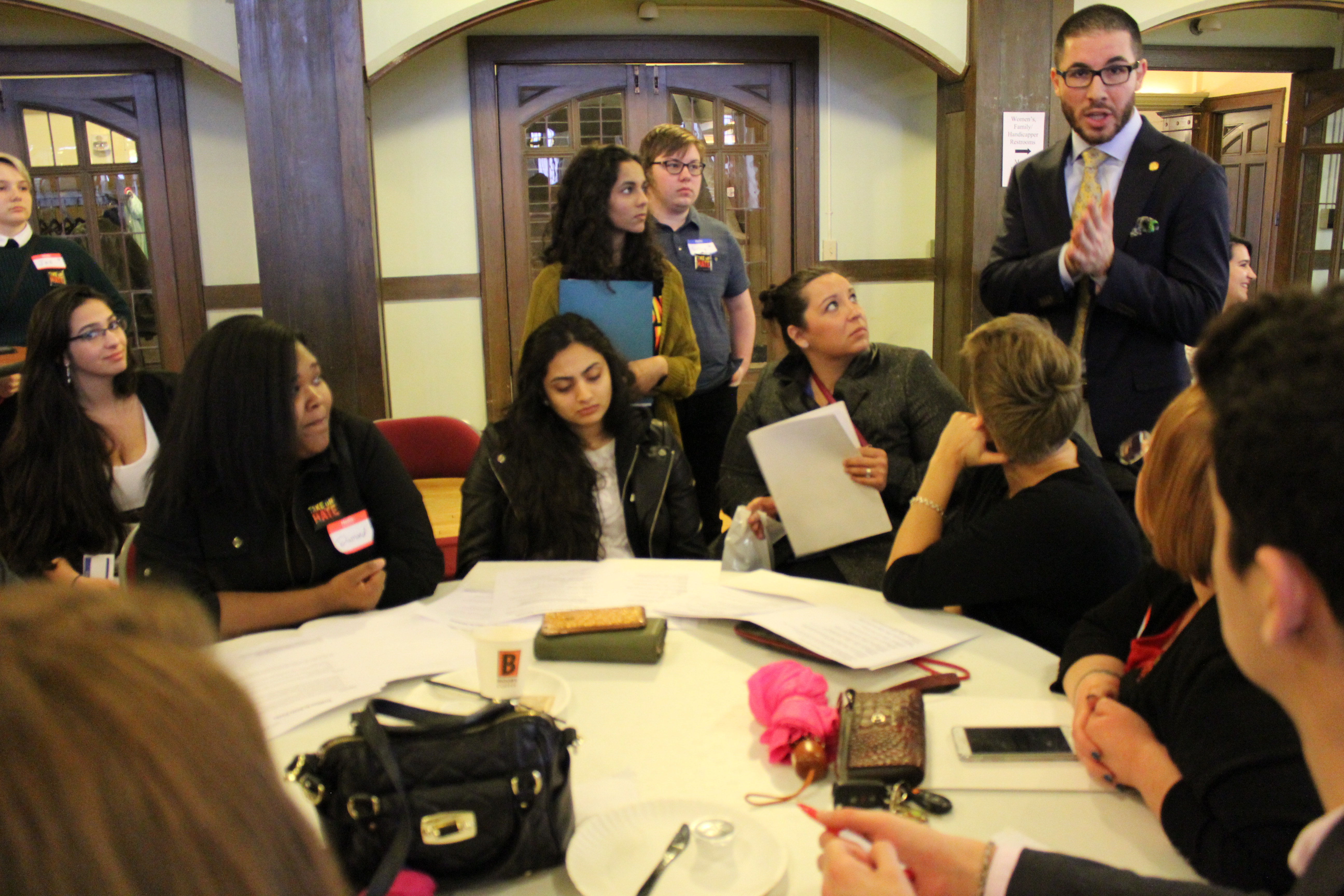 Rep. Abdullah Hammoud advising a group of students on topics to cover. | Photo by Malak Silmi

A little over 40 Henry Ford College students made their way to Lansing on March 30 to speak to their legislators and representatives for Student Advocacy Day. Organized by students from the Roosevelt Institutes at the University of Michigan - Ann Arbor and Michigan State University, “Voices for Our Future” was formed after the Political Issues Conference that occurred earlier this semester at Henry Ford College where college students brought up local and state issues they believed needed to be addressed by the state of Michigan.

In partnership with Democracy Institute Consortium, and ACCESS’s “Take on Hate” campaign, the students from HFC and U of M joined over 130 students from four other colleges and universities - Oakland Community College, Michigan State, Grand Valley State, and Wayne State. Before heading out to lobby, the college students gathered in the Lansing Central United Methodist Church just across from the Capitol building to listen to a number of speakers talk about the basics of lobbying. After that, the students were divided into groups to target two to three representatives and senators from different parties lobbying the main issues of funding for higher education, absentee and online voting, and sanctuary cities in the state.

HFC political science professors Robert Yahrmatter and Anthony Perry encouraged their classes to go on the trip and joined in during the meetings. College students were given this opportunity to witness and apply concepts learned in class that are related to policy making and lobbying. “Voices for Our Future” was organized to make sure college students across the state of Michigan are engaged in their cities and also their state politics while ensuring the students hold their representatives accountable to accurately represent their community’s needs.

15th district Representative Abdullah Hammoud was invited to speak to the crowd and also guided some of the distinct eight groups with some tips on how to approach certain issues depending on the senator or representative present. Other topics included affordable health care, women’s health, and drilling in state parks. The #MiVoices was used throughout social media to highlight some of the issues that the students were advocating.

Last two pictures: Rep. Abdullah Hammoud advising a group of students on how to approach senators and representatives and some tips on what topics to cover.