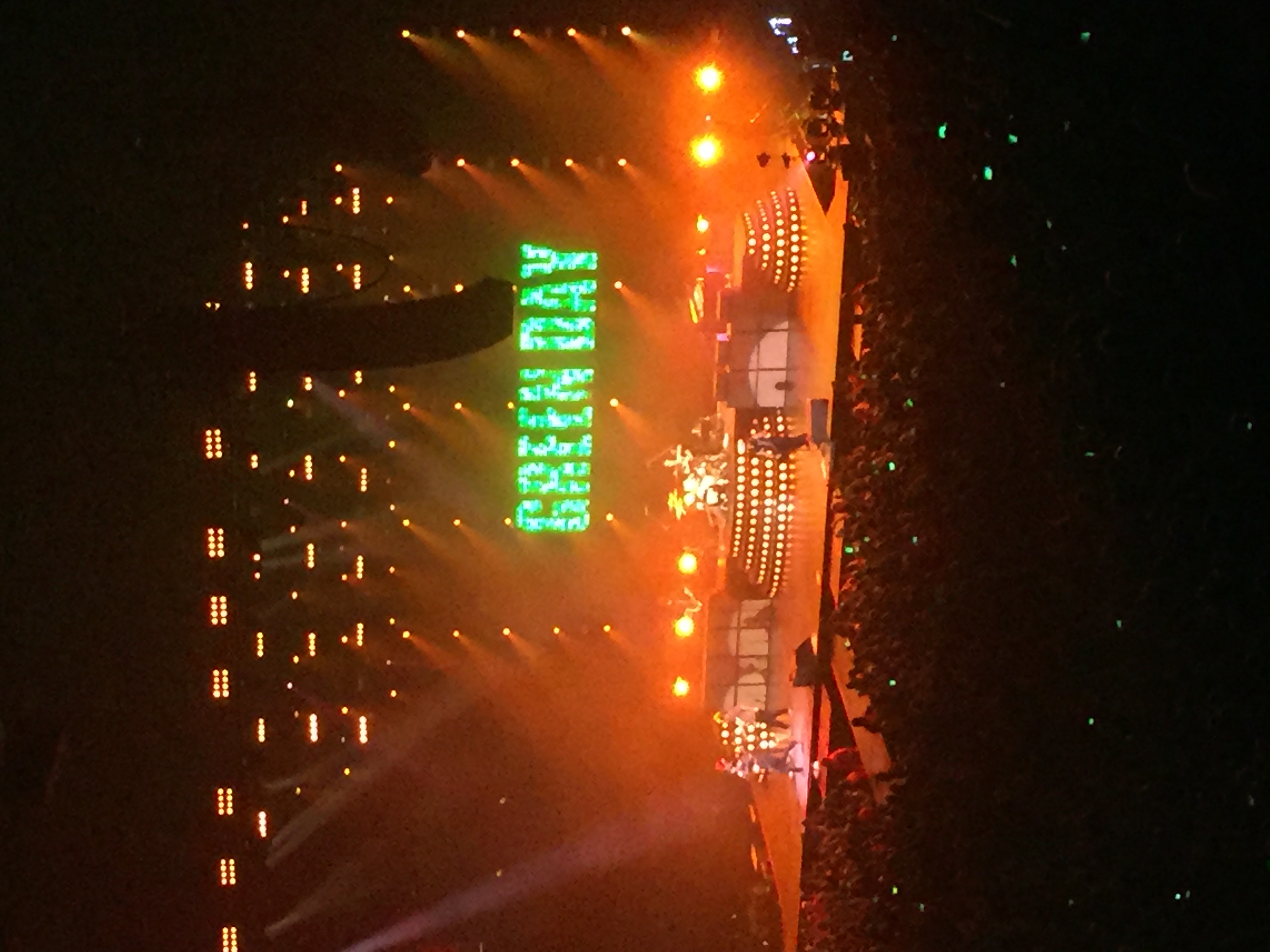 Monday, March 27, Green Day performed at the Joe Louis Arena for the Revolution Radio Tour. The album “Revolution Radio” was released October 7, 2016, as a concept album giving some insight on the band’s political views. The song “Revolution Radio” says to “legalize the truth” in news headlines. Armstrong mentioned before singing this song how he’s sick of the lies and conspiracies being told, and how he just wants the truth. Green Day has always been a politically active band so it’s no surprise when they had a few choice words for the current U.S. administration.

Joe Louis Arena had a full house with people of all ages. Since the band entered the California punk scene with its first album, “39/Smooth,” in 1990, Green Day has built a worldwide following. Band co-founder and lead singer, Billie Joe Armstrong, took a few moments throughout the night to talk with the crowd, and even brought a few fans on stage while the band performed.

The band played a variety of fan favorites and several songs from their new album. When Armstrong asked how many old-school fans were in the crowd, more than half the crowd screamed. The iconic “American Idiot” was played with much anticipation. First released in 2004, the song, which includes lyrics like “Can you hear the sound of hysteria?” and “I’m not a part of a redneck agenda,” seems very relevant now. Halfway through the show, Armstrong and the band laid down on stage to give a unifying speech. “We have to be open to ideas! We can’t let people come between us. Whether you’re liberal or conservative it doesn’t matter at some point, we have to fkin’ come together!” After dropping a few more f-bombs about racism and political policies, Armstrong said, “We all come from these fked up backgrounds, every single one of us. But to me freedom means we can all come together and all get f**ked up together!” He then started singing “Hey Jude” by the Beatles and those who knew the lyrics joined in, as we all wanted to “take a sad song and make it better.”

Revolution Radio attacks racism, sexism and political division in order to seek to celebrate what unites us. Music is a good bridge to get people with different points of view to understand each other. Green Day has built an extremely sturdy bridge with their fans in that sense.