Crepes and Poutine at “La Fork” in Dearborn 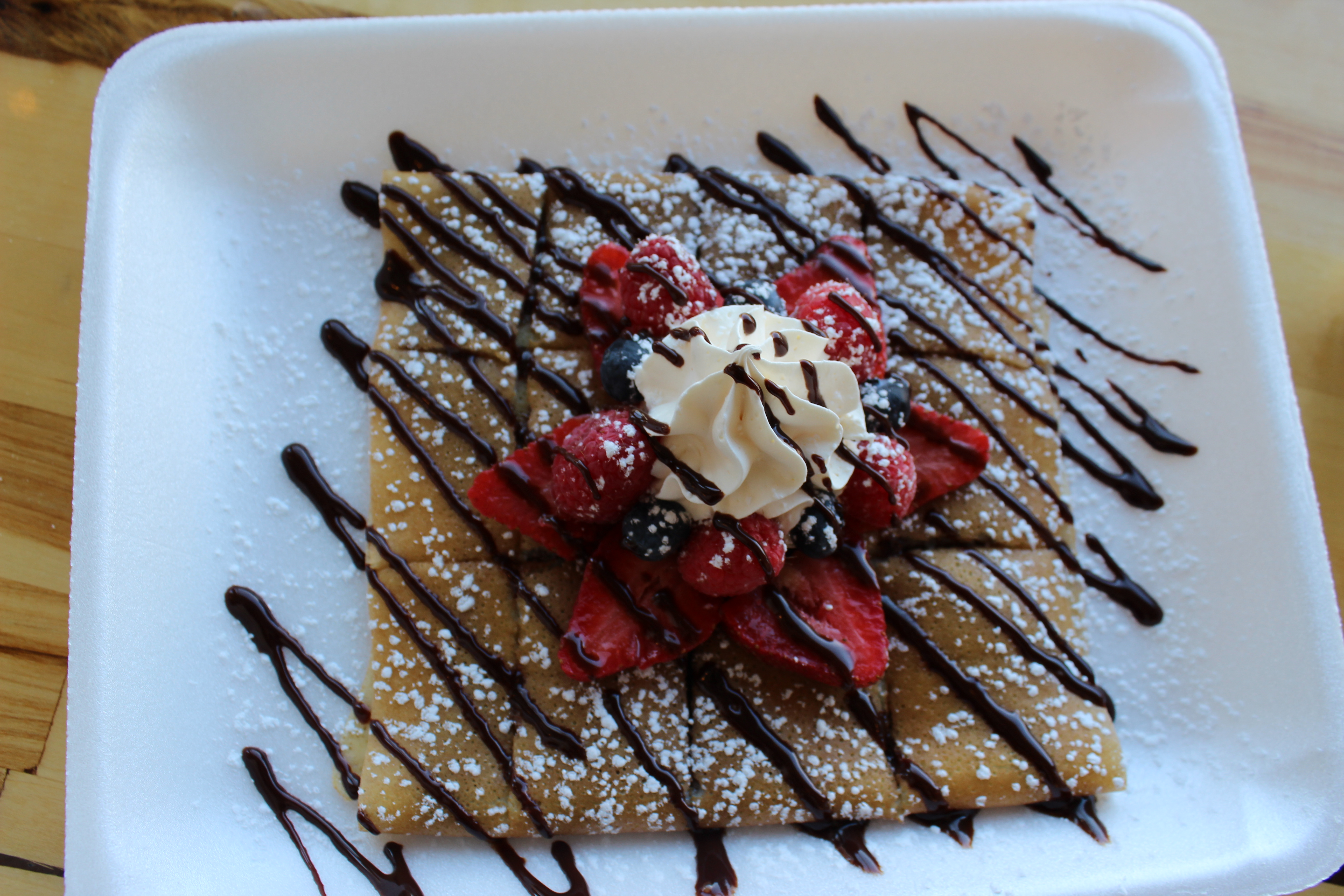 The only restaurant that serves poutines, a famous Canadian dish, opened in Dearborn last spring. Located in downtown Dearborn, La Fork is on Howard Street intersecting Michigan Avenue near the parking structures giving its customers free parking within walking distance. Although it’s hidden, La Fork attracts customers from all over the city because of its popularity and heavy presence on social media. Many Detroit food critics have visited and advertised for the place online making it a local attraction for foodies in the city.

In a city packed with Arabic restaurants, to accommodate the city’s large Muslim population, La Fork serves Halal food. The shawarma poutine at La Fork is a must try. A clash of Canadian and Arabic foods in one dish offers a different way to eat the well-known shawarma. The same tahini and garlic sauce found in a shawarma sandwich filled with parsley, onions, and tomatoes is placed on top of gravy and french fries. Customers can choose whether to get chicken or meat shawarma. I ordered the meat shawarma poutine and was not disappointed.

A simplistic and contemporary decor covers the restaurant’s walls and ceiling, giving off an artsy vibe and style pleasing to the eye. Murals of clocks and forks cover the wall, and dozens of dimly lit bulbs hang over tables. The seating is set up to serve couples, but customers are welcome to push tables together for bigger crowds. There is also a wooden counter facing the window with high metal chairs. The indie music softly playing in the background matches the mood of the restaurant.

Walking in, customers head to the counter to place orders and pay beforehand. My mother and I ordered three types of poutines, and their famous Very Berry Crepe. The pricing is decent for a meal. The fancier you get with the food, the more expensive, but also the tastier it is. While the employees prepare the food, the customer grabs a seat and waits for the order to be called or sometimes the employee will bring it to your table.

Everything served at the restaurant is eaten by fork, hence the name of the restaurant. A metal tray with a newspaper page motif lays under the poutine dish and the crepe comes in a styrofoam plate neatly decorated with the chocolate sauce, whip cream and sugar powder. The Very Berry Crepe is $8 because of it being loaded with berries and filled with Nutella. There are crepes for five and six dollars that are much simpler, but I recommend trying this crepe for a light breakfast. It’s appealing to the eyes with freshly cut strawberries, blueberries, and raspberries for a pop of color in the center of the plate and is cut symmetrically for perfectly sized bites. The Nutella is warm and engulfs your tastebuds with chocolate which is quickly followed by the soft layer of crepe.

A traditional Canadian poutine consists of french fries, cheese, and gravy. La Fork serves this traditional poutine under, “Canadian, Eh!”—one of the many creative titles. Personally, this poutine is my favorite since it’s simple and perfectly proportioned with the right amount of cheese and gravy over crispy french fries. This is the restaurant’s cheapest poutine at only six dollars and one plate fills you up after a crepe or side of a salad.