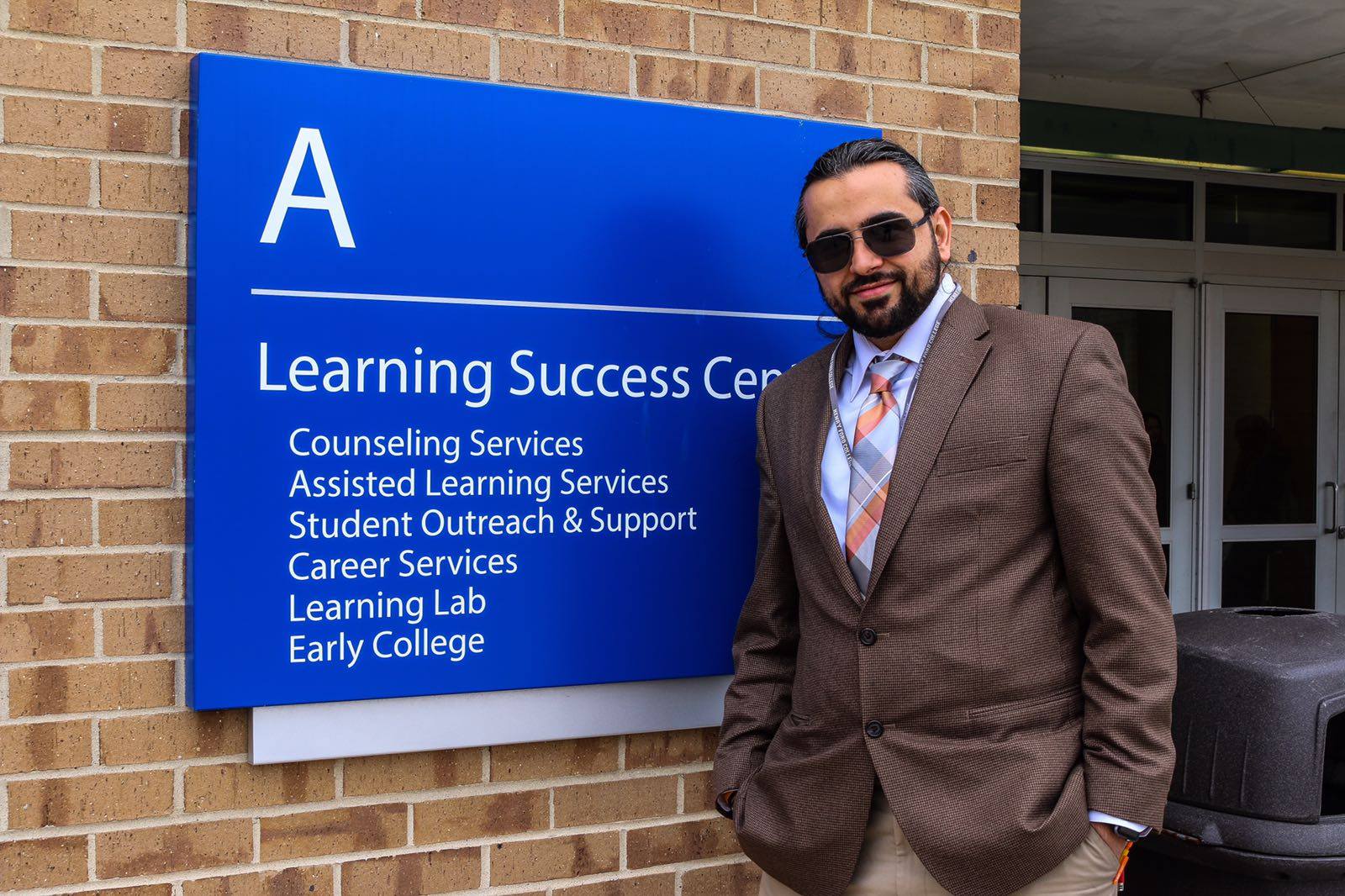 In Mohamad Berry’s case, 12 credits was just not enough. This past Fall 2016 semester, Berry enrolled in 11 classes for a total of 32 credits. He earned an “A” in each of his 11 classes. Prior to the fall, he had completed 17 classes.

“I really wanted to push myself to the max,” Berry said when asked why he decided to take on so much work. “What really helped is that I chose classes that I liked.”

After graduating high school, he chose to take a long gap, about ten years off of school to enjoy his life and decide what he really wanted to do. In that span of time, he opened his own business, becoming an entrepreneur. He recently returned to school.

Berry juggles many things in his daily life, just like any other student. The thirty-year-old and his wife just welcomed a newborn into the family about two months ago, and he has a young son from a previous marriage. He works and manages his shop, tries to spend time with friends and has an average of 20 hours of homework each week, along with anywhere from three to five tests. Berry is also the president of the HFC chess club, which he founded. “I think the key to success is intrinsic motivation,” Berry suggested when describing his work load.

This Winter term, Berry is taking less of a load. He is taking 29 credits worth of classes in preparation to graduate, which he hopes to do within the next couple of semesters. While he hasn’t set his mind on a major yet, he is applying to many colleges to further his education beyond Henry Ford College, including Harvard University.