The Right’s Assault on the Right to Protest 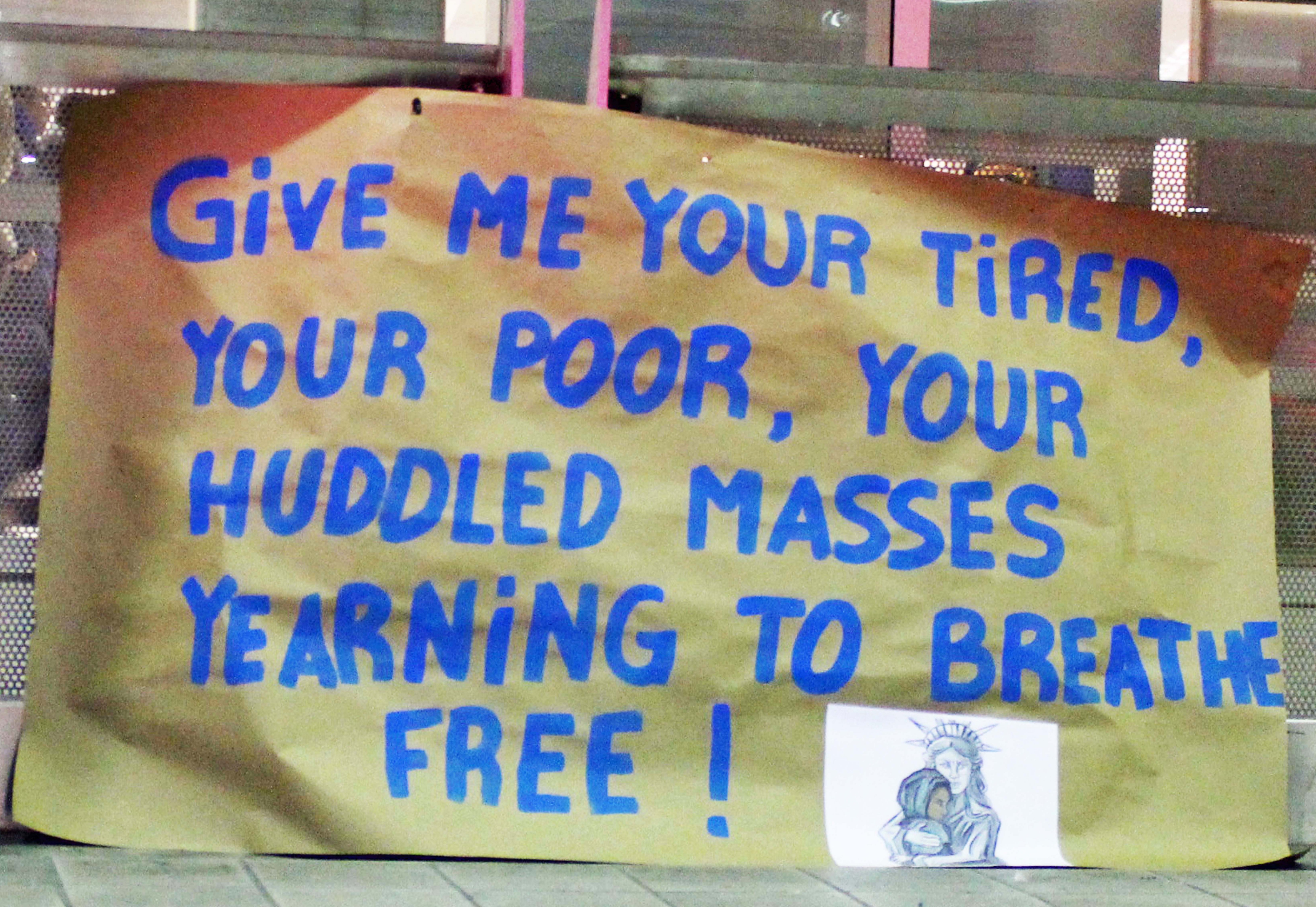 Since the election of President Trump in November, waves of protests have erupted across the country in response. Though most of these demonstrations have been peaceful, there have been unfortunate and rare instances of violence. Republican legislators in 18 states have seized on these outliers to launch a campaign against protests, proposing legislation creating harsher penalties for people involved in demonstrations that cause violence or disruptions. These proposed laws are not only an attempt to limit the right to protest, they are also an attempt to establish a form of collective punishment in the American legal system.

One of the primary motivators behind these proposed laws is the belief that many of these demonstrations are organized and attended by paid protesters, a claim propagated by Trump. It cannot be said enough that there has never been any evidence to support these accusations. It is insulting to demonstrators, who are devoting their time to an issue about which they care deeply, to claim that they are no more than mercenaries.

The timing of these bills makes clear the dimensions of this issue. Many of these bills were proposed not long after the destruction of the camp of demonstrators protesting the Dakota Access Pipeline. Protest is perhaps the best, and sometimes the only, way in which marginalized and oppressed people can make their voices heard by a government that does not represent them nor look after their interests. Conservatives, in response, have perennially attempted to restrain this form of expression. Though the Supreme Court has regularly defended the right of public protest, lawmakers continue to search for a way to restrict it. Perhaps most ridiculously, three states have also proposed bills that would remove the liability for a driver who accidentally hits a protester in the street. This is a blatant attempt to dehumanize and discourage demonstrators.

Social media has made it far easier to organize large protests than in the past, as January’s Women’s March showed. As technology continues to make us more connected, protest becomes a natural extension of this growing global community. Not only do people no longer feel isolated, being able to connect directly with others who have similar experiences, but they can now use these same connections to organize a movement to enact change. This is not just some sort of millennial trend, but it is an important part of the future of democracy itself.

Political commentators from all across the spectrum have accused younger generations of being disengaged from the political process. Deciding that the form of engagement they ultimately choose is incorrect, and then attempting to restrict it, is both hypocritical and undemocratic. Protest has been an essential part of the fabric of American democracy since its founding. The fact that these same conservatives were either silent or openly supportive of armed men who occupied government land as a form of protest is a blatant double standard as they now try to silence voices that primarily come from minorities.

Another issue with these laws is in their planned enforcement. The targets of these more severe punishments would not be just those found guilty of acts of violence or destruction, but could possibly include anyone involved in organizing or attending the demonstration. Structuring laws so that they can be used to punish those who had nothing to do with a crime is a practice that has no place in the American legal system. The only purpose of such a practice would be to discourage those with whom lawmakers disagree from coming together to present an organized opposition.

The safety of protesters and the communities in which they demonstrate is a legitimate concern for the government. They must both be respected and protected, a goal not served by this proposed legislation. Punishments must be limited to only those who actually commit acts of violence, and no law must be made with the intention of restricting the right to demonstrate. Protesters have historically found themselves on the receiving end of police violence, from Selma to Standing Rock, so giving the police greater freedom in breaking up protests will not result in anyone being made safer.

Violence should not be a feature in protests, both because it is unethical and because it is ineffective. That said, the efforts of the government should be focused on protecting the rights of its citizens, not on limiting them.