Reclaiming Detroit One Agrihood at a Time 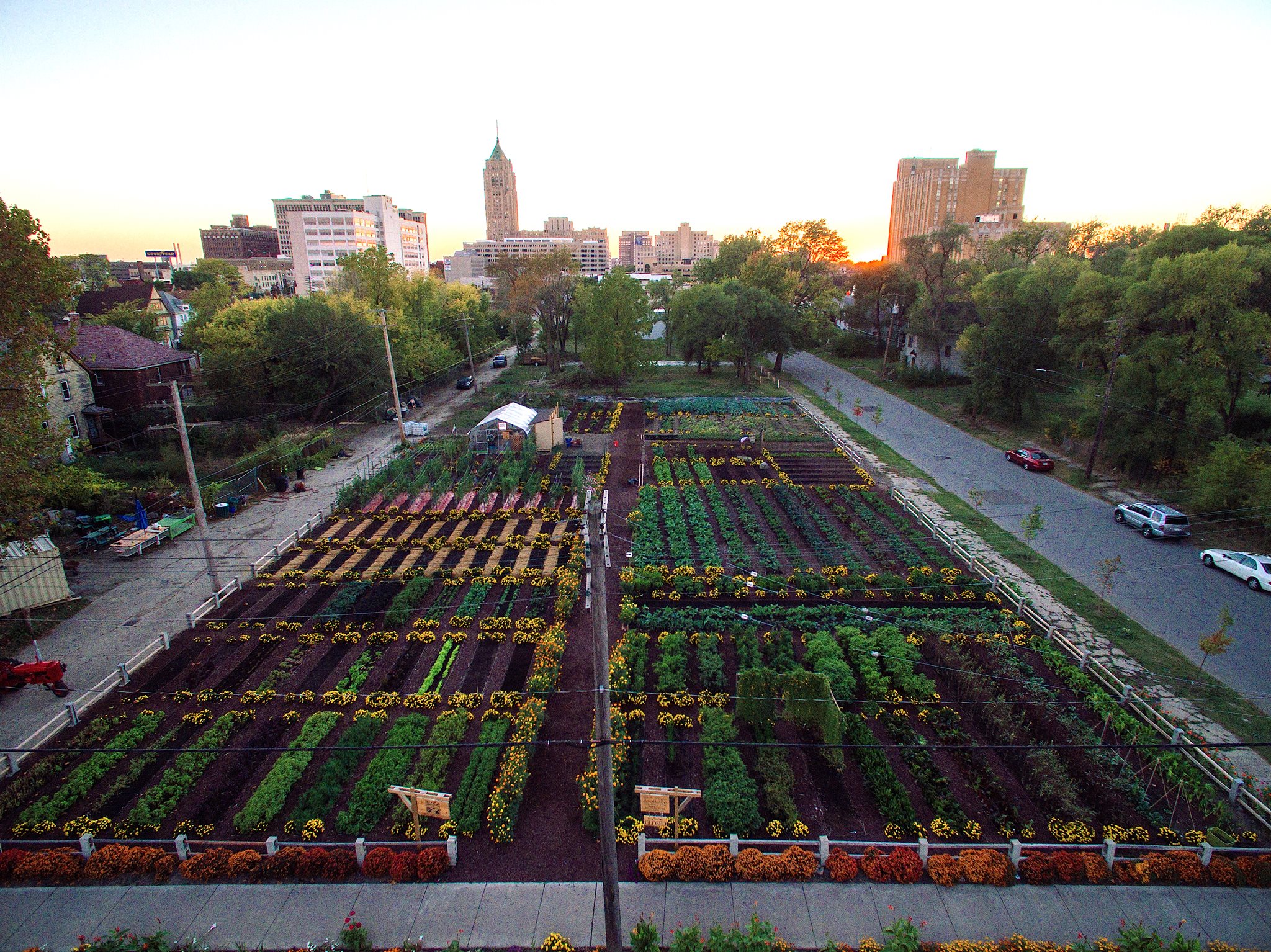 Urban developments centered around agriculture have existed in various forms long before the term “agrihood” was coined.

In the 1920s, to establish a cheap source of latex which would allow his motor company to manufacture its own tires, and to expand his vision of social development beyond the factory floor, industrialist Henry Ford built his ideal utopian city, Fordlandia, in the Amazon rain forest of Brazil where rubber trees naturally grew. Though Fordlandia turned out to be a white elephant that failed to usher in the development that Ford had envisioned, it remains a notable example of an early incarnation of agricultural neighborhoods, with roots in Detroit.

As was the case with Fordlandia, in the past, the trend was to move the various amenities associated with city life to rural areas, creating communities that were an intersection between farming communities and city life. This was done as a means of escaping the congestion in the cities and for the convenience of reaping direct benefits from farming and its related activities. Some of these agriculture-centered utopias still exist today. With the evolving social and economic landscape, though, the trend has evolved. Agricultural neighborhoods, fittingly dubbed “agrihoods,” are being created within major cities, and Detroit is at the helm of this innovation.

Located on two-square-blocks of previously vacant land between Horton and Custer Street, in the North End community of Detroit is Michigan Urban Farming Initiative, a contemporary incarnation of the intersection between urban life and agriculture, and one of the first non-profit sustainable urban agrihoods in the country.

MUFI was founded in 2011 as a 501(c)(3) non-profit organization that is run entirely by volunteers. Through the promotion of education, sustainability and community, the initiative utilizes urban agriculture as a platform for empowering urban communities, solving social problems facing Detroit, and potentially developing a broader model for redevelopment for other urban communities.

Catering to the proliferating “farm-to-table” movement, which is driven by an increasing concern for health and wellness with regards to the food we eat and where it comes from, within the past four planting seasons alone, MUFI has produced and provided over 50, 000 pounds of more than 350 varieties of vegetables to over 2,000 households, food pantries, churches, as well as local businesses within two-square-miles of the urban farm.

As a community hub, the initiative has attracted over 8,000 volunteers who have contributed more than 80,000 volunteer hours, which, according to the Independent Sector, translates to an investment of close to $2 million worth of man hours. The involvement of local volunteers in the initiative creates a sense of ownership within the community which is one way of ensuring sustainability.

Groundwork is also currently underway to rehabilitate the old uninhabitable apartment building at 7432 Brush Street to create a community resource center which, among other things, will accommodate a multi-purpose community room and a non-profit incubator which will be an affordable physical space for new or small scale non-profit organizations to collaborate, pool resources and engage in relevant dialogue. As a practical model for the adaptive re-use of the built environment, and perhaps one of the most viable solutions to the urban blight plaguing the city of Detroit, MUFI has facilitated the cleaning up and removal of debris in and around abandoned buildings near the urban farm. This has enhanced the area and attracted over $2 million of real-estate investment.

MUFI also plans to create a unit with 350 square feet of living space out of a shipping container to house accommodations for a student caretaker for the urban farm. This project will also serve as a pilot model for the innovative re-use of the built environment and the creation of affordable and environmentally responsible functional living spaces.

Unlike Henry Ford’s Fordlandia, which tried to bring the city to the forest to create an urban-agricultural community for financial gain, agrihoods like MUFI bring agriculture to the city as a resource for community and neighborhood development. Because it was no longer a viable financial investment, Ford Motor Company sold Fordlandia at a loss in 1945. Last year, Simon Romero of The New York Times visited Fordlandia to discover that most of its buildings are crumbling and disappearing back into the Amazon. Ford’s vision of an agriculture-centered utopia has been reduced to nothing but a small jungle community that attracts the odd tourist now and again. Perhaps the reverse will be the outcome for agrihoods in Detroit.