Politics in the Classroom 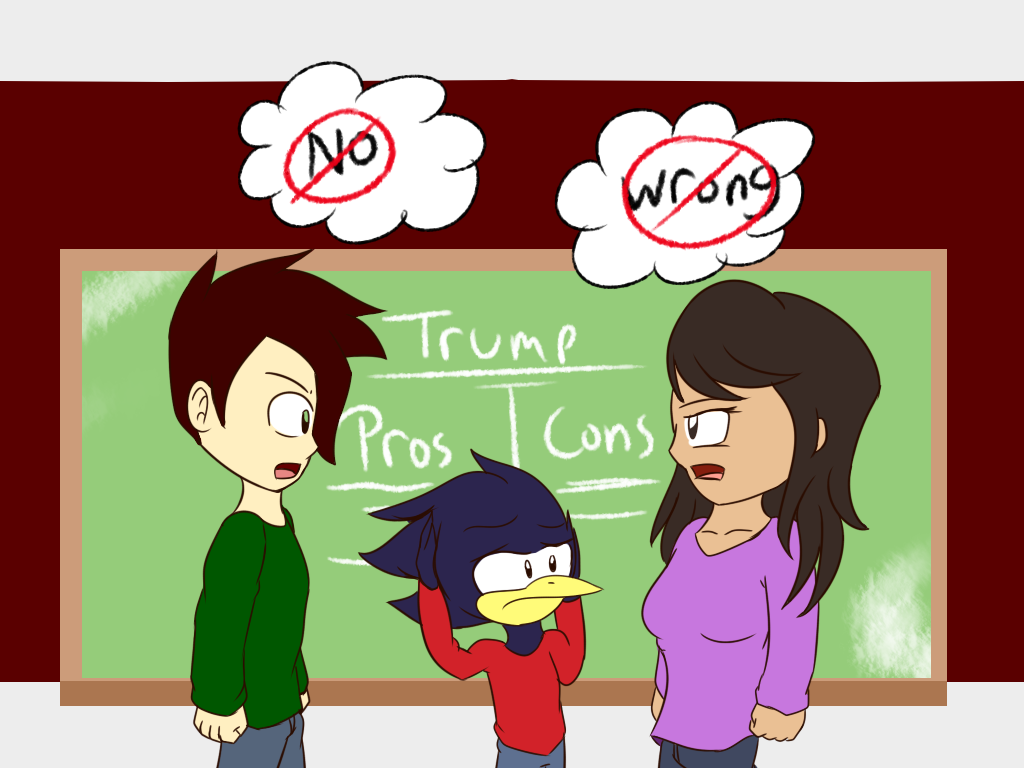 American colleges have become places where students expect to be able to freely voice their political opinions. In the 1960s, during the Vietnam war, students had rallies and sit-ins at campuses to protest the war. In the current political climate, many students may find a classroom environment that seems contrary to this ideal of being able to freely express their political views. While some professors opt out of talking politics in the classroom, or take on the role of moderator, others fully engage and share their personal beliefs. Sometimes the discussions can get pretty heated, and sometimes the discussions may seem unproductive. When is it appropriate for professors to discuss politics in the classroom?

Obviously, certain classes such as Political Science lend themselves to political discussions. However, political decisions affect students more than they may realize. In an education course, policies made by lawmakers directly affect future teachers, while in a biology class, funding for STEM programs may open new job opportunities. Policies being made or proposed under the Trump administration directly affect many Dearborn residents, such as proposed changes to Medicaid funding for healthcare or banning travel to and from their home countries. When the weight of these decisions holds this much impact, students may find themselves focusing on politics during class, or asking their professors for insight. Some educators may be able to facilitate a neutral, unbiased discussion without ever revealing their own beliefs, or by effectively playing devil’s advocate. But what about those professors who disclose their personal feelings without such an explicit educational purpose?

Some students may feel at odds with their professors if they do not share the same opinions. However, some argue that one of the goals of attending college is to expand your mindset and expose yourself to different viewpoints. If one remains in a “safe space” their whole lives, they may not have opportunity to grow. After all, our opinions only grow stronger if we are forced to defend them. It is when the different beliefs between a professor and a student grow into a larger rift that the problem arises. Some students have expressed that they believe that a professor played favorites, or graded unfairly based on political differences. This is difficult to prove, though. Some argue that the best approach is to simply not discuss politics in the classroom at all.

At my time at Henry Ford College, I have experienced multiple professors who all approach political debates differently. Sometimes I go the whole semester without knowing my professor’s personal beliefs, because they chose to simply moderate discussions. I have had both liberal and conservative professors who have fully disclosed their opinions, down to their voting choices. Some choose not to share their beliefs.

Historically, college professors have not always had the right to express their political views on campus. Professors who spoke out against the Vietnam War were blacklisted and faced pushback from their college administrators or even risked termination. As recent as 2016, news broke of a website called Professor Watchlist which asked students and faculty to expose professors who “discriminate against conservative students, promote anti-American values, and advance leftist propaganda in the classroom.” Some professors feel that it is their duty to share their beliefs, rather than hide in fear.

After thinking about my own experience with politics in the classroom, I realize that professors’ beliefs do not matter as much as the way that they are shared. I have had professors share different beliefs than me, but in a way that made me consider a different perspective rather than feel attacked. Politics in the classrooms can be an engaging, thought-provoking experience, if the the goal is creating a true and meaningful mutual exchange of ideas. However, if the professor’s intent is to share his or her own beliefs and persuade students to agree only with him or her, then the climate can become hostile to anyone not easily persuaded. College classrooms should serve as a place to teach how to engage in a political discussion respectfully, and how to gain insight from someone who shares a different view than oneself, and that includes between students and professors.