“One Day at a Time” on Netflix 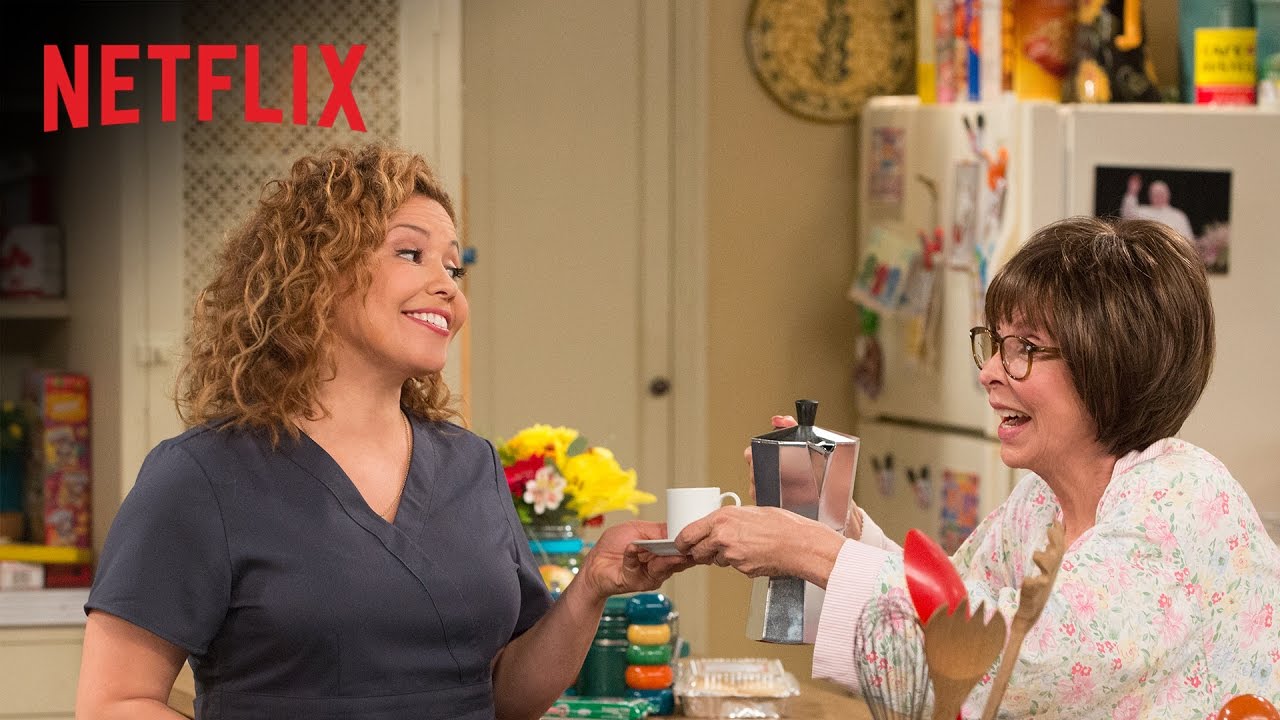 Gender, divorce and the trauma of war are topics many people do not like to dwell on. I know people who will do anything and everything to escape talking about these topics. The tough truth is they cannot be avoided.

In the Netflix original series “One Day at a Time,” created by Gloria Kellett and Mike Royce, has taken these issues and placed them right on the screen to ensure that all generations will see and learn more about them. A modern-day remake of the 1975 television sitcom by the same name, the show follows the life of the Alvarez family, a Cuban-American family and their everyday struggles. Penelope Alvarez (Justina Machado) is a head-strong, newly divorced, military veteran mother, who is doing everything she can to raise her children, Elena (Isabella Gomez) and Alex (Marcel Ruiz), while also being closely watched by her own mother, Lydia (Rita Moreno), who is rich in her Cuban heritage.
The Alvarez family is portrayed as a normal everyday family with normal everyday problems. At least it seems that way at first, but normal problems differ from person to person. Not everyone deals with divorce. Men and women do not share the same issues. Not every family includes veterans who have returned from war. Not everyone in America has immigrated from a different country. In this family, they deal with these troubles constantly.

Penelope deals with sexism in her workplace when she discovers that her male co-worker is making more money than her. Lydia relives past memories of traveling from Cuba to America with her siblings and without her parents. Schneider (Todd Grinnell), the superintendent and owner of the apartment building the Alvarez’s live in, steps in as the father figure in Alex’s life.

Veterans hardly ever get the attention they deserve. They are often pushed aside even though they have served for their country. Penelope is still having a tough time readjusting to being home. Her newly divorced husband suffered from addiction and PTSD and made the household unsafe for everyone, which is something that very often happens to those returning from war and cannot properly adjust. As a mother, it is her job to take care of her family, but it’s hard for her to take care of herself when depression sinks in and she can’t even make a simple appointment for her shoulder injury.

Despite the seriousness of the issues, the show celebrates family. A case in point is how “One Day at a Time” explores how differently people handle other’s sexuality. Elena eventually realizes that she is in fact a lesbian. Alex, the first person she tells, is absolutely okay with it. Lydia, though she struggles with it at first, accepts her granddaughter for who she is. Penelope struggles for quite some time before receiving advice from someone else who was once in her shoes. When Elena and Alex’s father finally returns, he is completely against it and will not accept that Elena is homosexual.

The show is meant for a mature audience but does have a little something for everyone. While watching, a viewer may feel a range of emotions as they see the family go through their everyday lives. It is heart-breaking and funny, real and sensational, interesting and different. “One Day at a Time” shows the audience the truths of everyday life in today’s society and how it is changing one family at a time.