Museums in Detroit and What They Do for the City 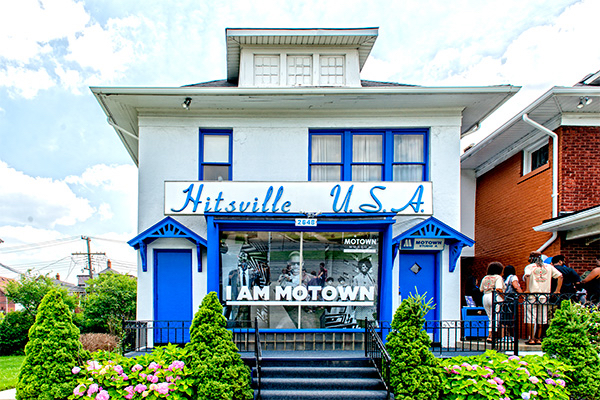 Photo courtesy of the Motown Museum

Museums are more than just an open space filled with hundreds and thousands of ancient artifacts and historic findings. Museums are spaces where people can go see wonderful pieces of artwork and experience a feeling that is meaningful and lasting.

The DIA was founded in 1885 and was originally located on Jefferson Avenue. According to the DIA website, after 42 years, the museum moved to its current location at 5200 Woodward Avenue. The museum needed more space for its growing collection. The DIA covers 658,000 square feet, including more than 100 galleries, a 1,150 seat auditorium and a 380 seat lecture hall as well as a reference library. The DIA was built in the 1920s and its first art director was William Valentiner, who served from 1924 to 1945. His extensive contacts in Europe enabled him to acquire many important works. The museum houses over 60,000 works with collections ranging from African American art to different forms of prints, drawings and photographs.

In 2012, voters in the counties of Wayne, Oakland, and Macomb approved a millage that raises $23 million annually to support the DIA. Residents in these counties enjoy free admission. In 2013, when the City of Detroit filed for bankruptcy, the city’s emergency manager, Kevyn Orr, announced that the city-owned collection at the Detroit Institute of Arts would be considered a city asset that could be sold. A few months later, chief mediator in the city’s bankruptcy, Judge Gerald Rosen, working with Judge Steven Rhodes, who was overseeing the city’s bankruptcy, along with civic leaders and Gov. Snyder, came up with a plan that could save the Detroit Institute of Arts. The master plan was known as the “Grand Bargain.” Under the grand bargain, there were a number of foundations that contributed a total of $366 million to help save the DIA. The DIA was able to raise an additional $100 million and the State of Michigan was able to restructure the debt of the city of Detroit while still being able to protect the DIA’s valuable collections.

Built originally in 1904, The Ford Piquette Plant was where the Ford Motor Company built some of its first automobiles. Cars ranging from the Model B down the line to the famous Model T were designed and built at the location of this museum. According to the Ford Piquette website, when the Model T was introduced in 1908, 12,000 Model Ts were shipped out by railroad. After six years, Henry Ford moved his manufacturing to his Highland Park plant, where he implemented his famous assembly line. The Ford Piquette museum houses around 50 cars ranging from 1904 to 2004. The Ford Piquette museum is recognized as one of the most significant automotive heritage sites in the world. Detroit Historical Museum

Have you ever wondered what Detroit looked like back in the 1930s? What the fashion was like or even the entertainment? The Detroit Historical Museum is a good place to visit in finding the answers. The museum was founded in 1928 by leaders who belonged to the Detroit Historical Society. The museum includes fashion through the ages, an interactive Rock and Roll exhibit, and a replica of an auto assembly line with real hydraulics that move the body of a car onto its chassis.

In 1959, Berry Gordy established Motown Records, which would produce some of the biggest music acts of the century. The upbeat and soulful style of music, along with charming lyrics hit the radio stations by storm. My parents and grandparents grew up listening to Motown. Gordy signed and produced artists such as the Jackson 5, Stevie Wonder, Diana Ross, Marvin Gaye and The Temptations. The influence of Motown on the entire music industry can still be heard in the music of Beyonce or John Legend. The Motown museum, also known as “Hitsville USA,” is the two-story house at 2648 West Grand Boulevard where Gordy’s Motown Records actually recorded some of the era’s biggest acts. Founded in 1985 by Esther Gordy Edwards, the Museum’s mission is to preserve the legacy of Motown Record Corporation and to educate and motivate people, especially youth, through exhibitions and programs that promote the vision, creativity and entrepreneurial sprit of Motown.

The Motown Museum recently announced that it would undergo a $50 million expansion. Chairwoman and CEO of Motown Museum says the expansion is meant, “to tell the humble beginnings of the Motown story and what made it so unique as an empire that grew from these neighborhood houses.”

Museums in Detroit not only show how great the city once was, but also how important the people who make up the city are. They tell stories of the aspirations of past generations, and connect us with our heritage and the talents and culture of people around the world.