Edible Monuments at the DIA 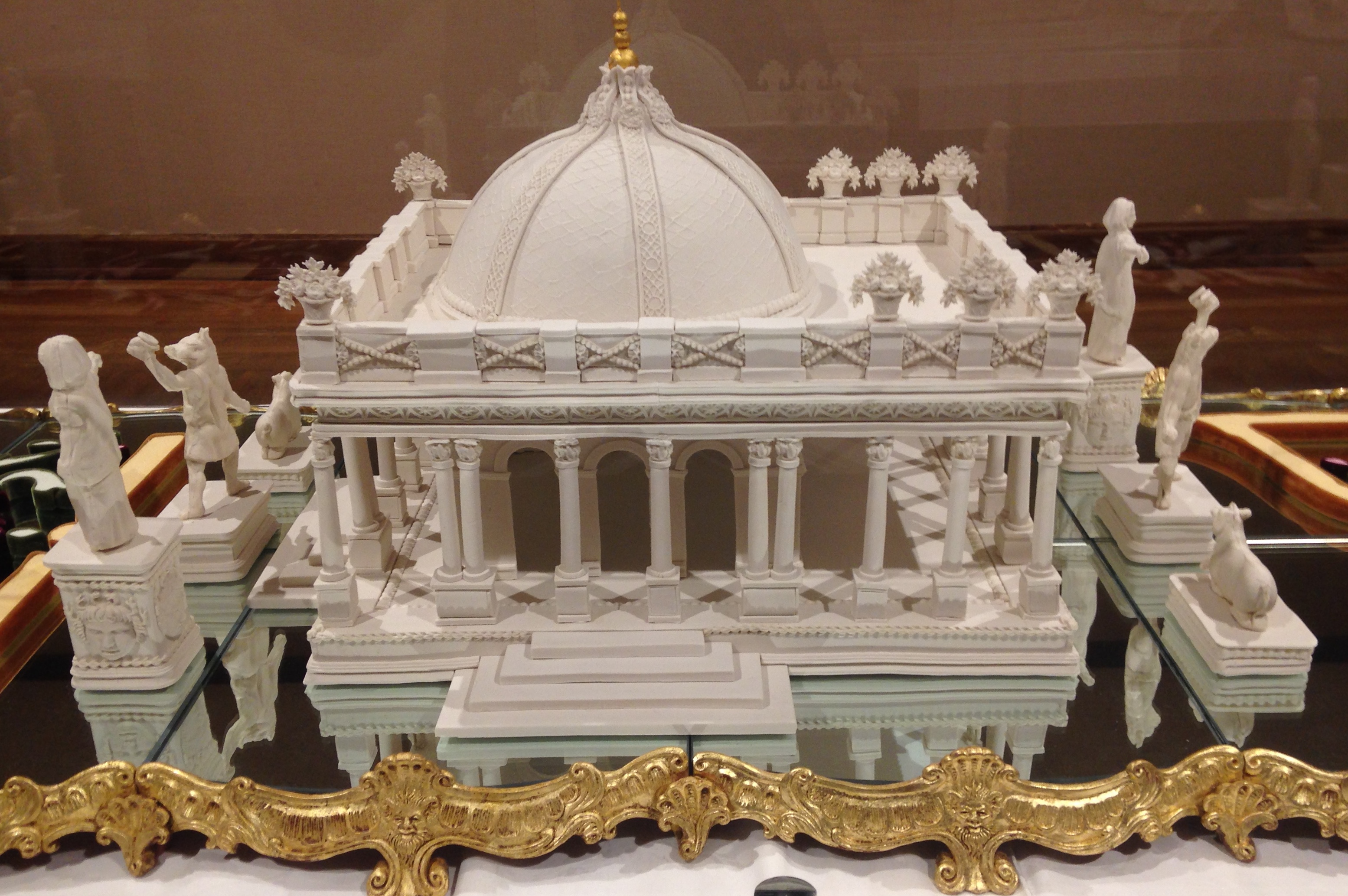 The Detroit Institute of Arts loves bringing in unique exhibits, and “Edible Monuments” is no exception. Running through April 16, this exhibit showcases the history of food, displaying rare serving manuals from the 1400s, and includes 16th to 19th century paintings of street festivals where large monuments made of food were used. Tapestries showing the elaborate seating assignments at large feasts, where where someone sat mattered as much as what their title might be, and visitors can see some of the first known cookbooks. Marcia Reed, Getty Research Institute curator where the exhibit originated, says in an interview with Annelisa Stephan, “This exhibit is about the importance of food to celebrations. The show mostly features works on paper, prints and books recording festivals that took place centuries ago. I also wanted to show other elements, like a real sugar sculpture, silver table pieces and the food that was actually on the table to eat. We also go behind the scenes to show the people who worked for the festivals – the cooks, the confectioners, the carvers, the pastry cooks – and some of their tools, methods and materials.”

The centerpiece of the exhibit is the 8 foot long sugar sculpture by sculptor and culinary historian Ivan Day. This work of art, made out of sugar statues and sugar sand, depicts the ancient Greek myth of Odysseus and his men landing on the sorceress Circe’s island, who turned them all into pigs. The sculpture is breathtakingly detailed and impressive when one realizes that the entire work is made of sugar. “Sugar is so complicated. It means so many things to different people,” says Reed. “Some people think it’s a special ending to a meal or a wonderful snack; other people know the history of sugar cultivation and slavery and have a negative association with sugar. In the late Middle Ages and Renaissance, sugar was associated with enormous expense and conspicuous display. If people had a lot of sugar, it meant that they were very, very wealthy. That was why they made sugar pieces for these banquets.”

Other highlights of the exhibit include old serving tools and historic drawings and sketches of elaborate chef outfits. Tucked away in a corner is the painting entitled, “Description of the Land of Cockaigne, Where Whoever Works the Least Earns the Most.” (c. 1606). This work shows an imaginary land where all of the rivers are made of soup and pasta rains from the sky.

While food is usually not permitted in art museums, with this exhibit, the food is the art, and this is one celebration of culinary history that should not be missed.