“After Industry”: A Global Conversation 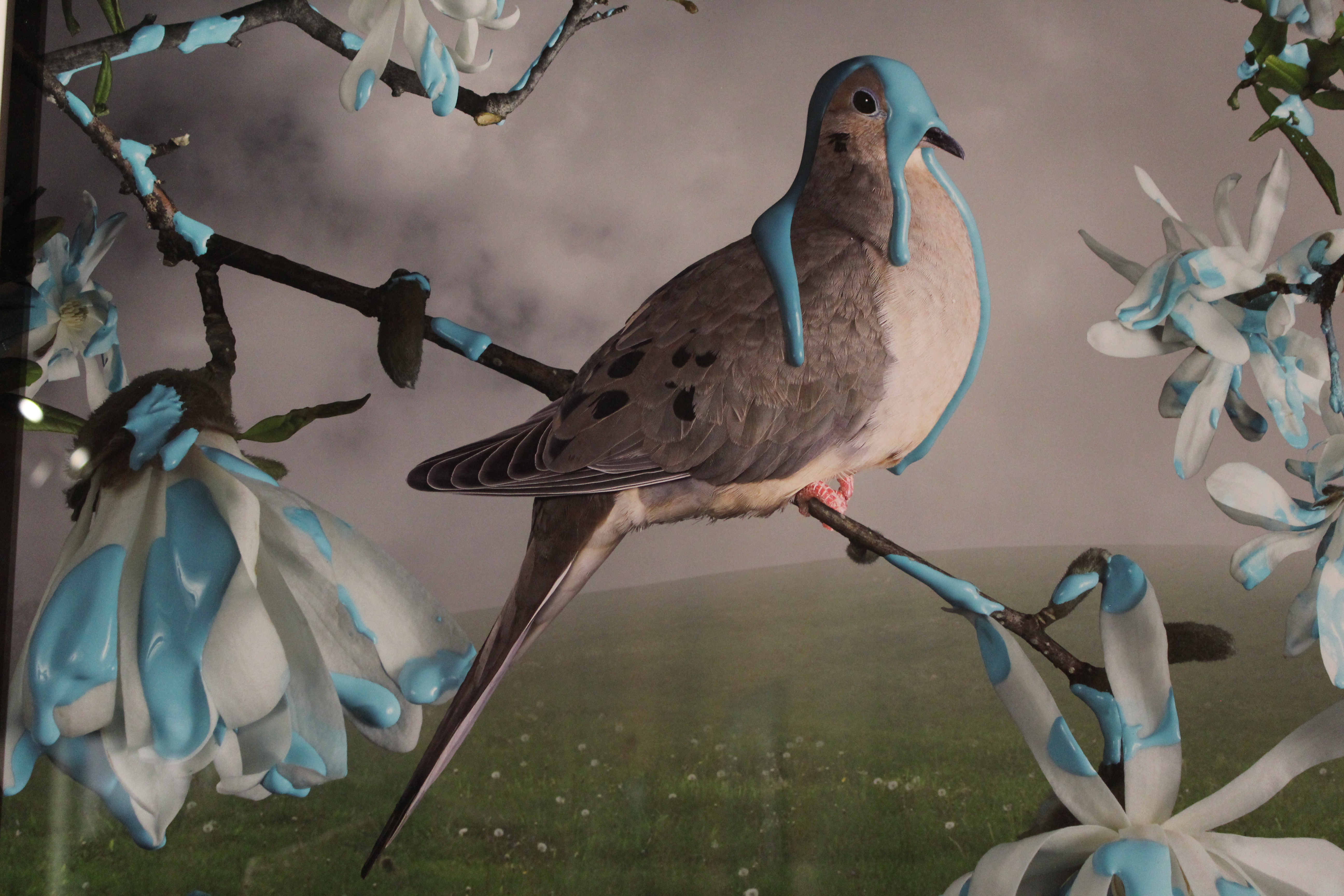 “You could only do this in a place with no rules,” claims Gary Wasserman, founder of Eastern Market’s Wasserman Projects. His eyes twinkle through red and black rimmed eyeglasses artistically matched to his plaid suit jacket. “You could only do this in Detroit.” The visionary gallerist and collector scans the room with pleasure, considering the scale of collaboration and the diversity of its contributors. An Italian sculptor, a Norwegian painter and a homegrown Michigan photographer. Not the trio you’d expect to find in one art gallery reception. Yet, this is precisely the variety “After Industry” offers, running now through April 8, 2017. Willie Verginer, Christer Karlstad and Jason DeMarte are pleased to have their work displayed in community. “As an artist, you sort of isolate.” shares DeMarte. “It’s reassuring to know that others see similar things and are thinking about things you’re thinking about.”

DeMarte is thinking about what is real and what isn’t, and whether society cares about the divide. His eye-catching, large scale photograph series titled “Confected” combines elements that seem natural with those thoroughly man-made. With a background in advertising, DeMarte is no stranger to fabrication. Preferring the limited materials found in his suburban Ann Arbor neighborhood, he notes how each element selected from this domestic space is already a departure from the natural world. Plants and flowers grown in manicured and fertilized lawns and gardens become product. Birds are photographed flitting around feeders in similarly manipulated surroundings. DeMarte digitally perfects and collages each flora and fauna, adding sprinkles of brightly colored sweets to further delight and entice. “I represent the natural world through completely unnatural elements to speak metaphorically and symbolically of our mental separation from what is “real” and to compare and contrast this with the consumer world we surround ourselves with as a consequence. I’m not really an advocate for anything,” he claims, “but more an observer, translating through language that I know.”

In a different artistic style, Karlstad also provokes thoughtful contemplation from his audience. Portraits painted by the Oslo native suggest a parallel universe, where the rules of interaction between man and nature have been powerfully altered. Humans are seemingly nurtured or rescued by animals they once hunted. “Unidirectional” depicts a backpacker snuggled in the embrace of a grizzly bear. We can not see the man’s face and it is uncertain whether he may be asleep or dead. Karlstad’s proximity between man and beast are strangely intimate, yet by no means safe, as the latter is clearly a more powerful species. Any conclusion the viewer makes about motive must recognize humankind at the mercy of primal instincts. “Is it aggressive?” Karlstad asks. “Is it a warm embrace? It’s a fine line, and you’re not exactly sure what you’re looking at.” The truth of this statement resounds in the artist’s ability to intrigue and unsettle simultaneously. Karlstad also asks larger questions of his viewers. What is our relationship to nature? How fragile is man’s perceived dominance? “Every time I make a painting,” Karlstad says, “I make sure it’s something you can relate to one-on-one, and that it also starts a larger conversation.”

The largest installation of the exhibit is attributed to Verginer. “It all started with Willie,” explains Alison Wong, gallery director and co-creator of “After Industry.” Following centuries of tradition, this professionally trained Italian sculptor and woodcarver grasped the technique of engraving religious artifacts at a young age. After decades of production, Verginer courageously broke away from these roots to explore broader and more global concepts. “I wasn’t happy,” he recalls, “I learned [my] technique [quickly] but [it didn’t] show my emotion, my ideas.” In his installation of freestanding and wall mounted pieces, Verginer is asserting many ideas, among them are themes of post-industrialism and the loss of social and civic order. Children savagely gnaw at a donkey rather than ride it, birds and squirrels live in trees of metal, and men peer into a machine of collected oil drums, presumably trying to understand or stop it. At the helm is Verginer’s stand alone piece, “Where has the Stockbroker gone?”

“It’s about disruption,” says Wasserman as he points to Verginer’s arrangement and divided colors. “It’s the past and the present. The oil drums are the past, money is the present. The broker has lost his pants.” Whatever is happening here, the atmosphere is eerie and disturbing, yet along with Karlstad and DeMarte, the artistic expression of these ideas is visually mesmerizing. There is a comforting balance of opposites in the room and it’s felt by the continual stream of guests pausing to stare at each piece. Michelle Iqbal, a student at Wayne State University, offers her interpretation of the Verginer installation, “I think it’s a commentary on how we are killing everything that’s keeping us alive.” The response varies throughout the room.

Wasserman and Wong have created a thoughtful and immersive experience that speaks to man’s obsession with control and perfection, and his disregard for his environmental surroundings in the pursuit of rising to the top. The gallery runs exhibits for an unconventionally long period, hoping guests will make an emotional connection, revisit the work, and engage in ideas long after they leave. In regard to the collaboration of “After Industry,” Wasserman says, “It seemed right to bring them together to explore artistically subjects that are so relevant and resonant here in Detroit, but also nationally and internationally. This is very much in line with the vision of Wasserman Projects, connecting art to broader ideas and issues and presenting work that is in many ways both global and local.”