Phantom and the Detroit Opera House 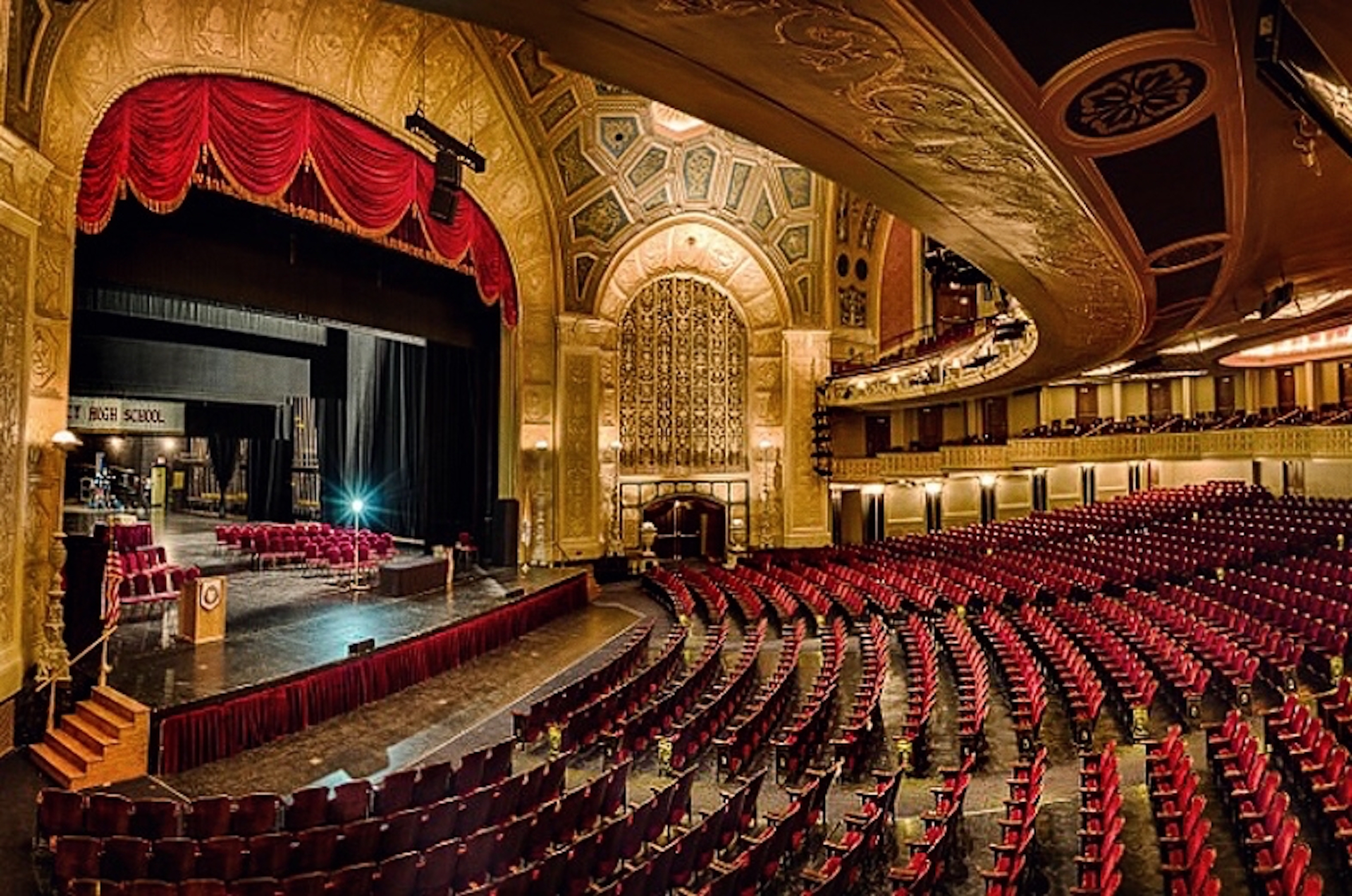 Photo courtesy of Broadway in Detroit

The Phantom of the Opera, the longest running Broadway musical in history, with more revenue generated than any other stage play or movie in history, toured in Detroit from January 11-22. The show nearly sold out within the first few days of ticket sales, which according to Broadway In Detroit, may be due to the fact that the musical has not been to the Motor City since 2009. This fact is odd when one considers that other distinguished musicals such as The Lion King, Wicked, and The Book of Mormon have appeared in consecutive years in Detroit. Residents were particularly excited for this tour because the leading lady, Christine Daaé, is being played by Katie Travis, a Bay City, Michigan, resident. In an interview with Katie Laban from BroadwayWorldbroadway.com, Travis says, “I just fell in love with doing theatre. I saw shows. I saw tours in Detroit. My brother was actually in a show here at the Michigan Opera Theatre. . And then to come back here to Detroit is very special thing as well.” Another standout is Derrick Davis, the first African-American to play the iconic role of The Phantom in a national tour of the musical. He says to Laban, “It’s a huge responsibility to be an actor of color playing this role. A huge responsibility, but a joy to be able to bring this character to life for a live audience eight times a week.”

I saw Travis, Davis, and the rest of the cast perform the show on January 12th. I had high expectations for the Broadway tour, as The Phantom of the Opera is a difficult show that requires demanding vocals, dancing, and set changes. All of the lead actors are asked to sing in their upper registers and delivered, most notably Travis, who beautifully hit Christine’s famous high E in the show’s title song, “The Phantom of the Opera.”

The high level of singing by the leads was matched by the masterfully executed dancing of the ensemble. According to the musical’s webpage, Scott Ambler created all new choreography for this tour. In an interview with John Townsend of Lavender Magazine, Ambler says “The original choreography for The Phantom of the Opera was remarkable and completely raised the bar as far as dance in musical theatre is concerned. Therefore, I was very nervous of following in such giant and brilliant footsteps. I have retained the Degas inspired world of the corps de ballet but have also created movement to show the hard work and effort the dancers in the 1890’s had to face.” The choreography is not the only aspect of the show that was reimagined for this tour of Phantom. The production team worked to reinvent the staging and set design to modernize this decades old musical, and it was successful. Instead of an elaborate stage, this show used a few key large set pieces that then effortlessly turned around to create new scenes along with tasteful pyrotechnics, such as fire, mist, and explosions. The Phantom’s lair along the iconic chandelier remained just as decadent, which I appreciated. With the use of these minimalist set pieces, I was able to note the striking costumes. The standouts for this tour were Carlotta’s first gown, which was wider than she was tall, along with all of the dresses in the masquerade dance.

Overall, the show was fantastic, with only a few criticisms that come down to personal taste. One of my favorite parts of seeing a show is hearing the live pit accompany the actors. However, the trend with Broadway lately, especially The Phantom of the Opera, is to use synthesized music rather than live musicians, and I felt that it left something to be desired from an otherwise phenomenal score. I also noticed that the blocking for some of the songs, particularly during “Wishing You Were Somehow Here Again”, left the actors with their backs turned to the audience. A stage practice once forbidden, it has now become more accepted to allow an actor to turn around, though I do not enjoy it. I want to see facial expressions and emotions, not the back of their costumes. Those were my only two minor critiques, speaking to the quality of the musical.

It is only fitting that such an accomplished musical be showned at a location that is equally as notable. The Detroit Opera House, previously called the Capitol Theater, opened in January 12, 1922, 95 years before The Phantom of the Opera opened in Detroit. The theater was the fifth-largest in the world, and has hosted performances from famous jazz stars Duke Ellington and Louis Armstrong, to famous films such as Casablanca and Arsenic and Old Lace, to world renowned operas like La Bohème and The Magic Flute, to most recently Broadway musicals like The Phantom of the Opera.

The Opera House was designed by Howard C. Crane, the famous architect also responsible for other Detroit landmarks such as The Fox Theater, Orchestra Hall, the Lafayette Building, and The Fillmore. However, entering The Opera House is an experience unlike any other. Upon arrival, one may be surprised to be standing in a smaller lobby, but this was intentional. Crane designed a smaller lobby to make the hallway proceeding the lobby appear longer, and therefore more glamorous. The hallways lead to the great hall, complete with ruby red carpeting, floor length mirrors, crystal chandeliers, and a large marble staircase. One experiences all of this even before setting foot in the auditorium, a masterpiece of its own. The stage is framed by a detailed proscenium arch whose design matches the box seats and balcony that wrap around the theater. Crane topped off his design by ensuring that the stage was acoustically perfect, meaning that a patron seated in the very last row of the balcony can hear the performers on stage just as well as someone seated in the front row.