Hawks on the Rise 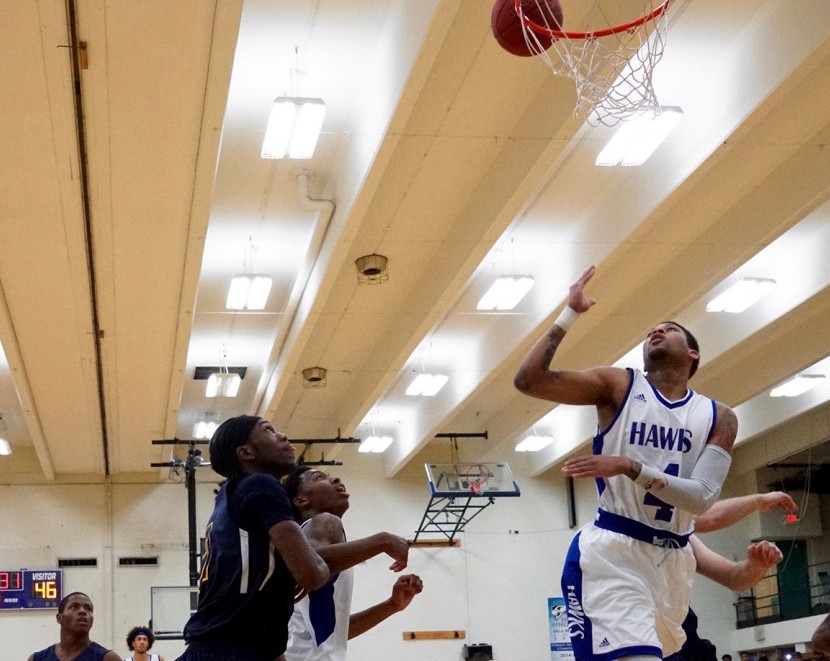 The Henry Ford College Hawks men’s basketball team started off 0-4 but has since turned things around and is now 6-10. That record, with nine games remaining, is already better than last season’s 3-22 mark.

The Hawks so far this season already have wins over division foes Glen Oaks Community College and Schoolcraft College, and they took Mott Community College (14-3), one of the best teams in their division, into double overtime before suffering a heartbreaking loss. HFC Athletic Director Rochelle Taylor said that the improved play of the team in the last handful of games comes from meshing better as a team.

The Hawks are led by head coach Tony Woods, who is in his third year with the program. Woods has a winning pedigree, as he has led Detroit Bishop Borgess to back-to-back Catholic High School League titles, won a district title at Melvindale High school and won consecutive regional titles at Detroit Community High School before joining the HFC staff as a volunteer in 2013.

Woods said the players have dedicated themselves in the classroom and that they were able to build more rapport as a team, playing in a summer league together. When asked what has led to the team’s improved play, Woods said the goal is to make it to the playoffs. Playing a tough early season schedule, which included games against ranked teams such as Mott, Schoolcraft, and Sinclair, has made the current stretch of games easier. Woods used the word battle tested a few times, referring to his young team.

On the floor, HFC is led by freshman Matthew Eldridge, who graduated from Romulus High School. Eldridge averages 13.1 points, 10.6 rebounds and 3.4 assists per game in 11 games. Not only is Eldridge showing that he can play at this level, but the rest of the freshman class has shown that they can help by getting big minutes and helping move the ball around, and that has led to Woods starting multiple freshmen each game.

Not to be overlooked, though, are sophomores Jon Swagerty and John Merriewether, who are second and third on the team in scoring with 11.3 and 11.1 points, respectively, per game.

HFC still has playoff hopes, and with the way the team is playing now, it is still possible for them to host a playoff game and if all goes right they could get a first round bye, depending on how the standings shake out.

The Hawks would appreciate all the support they can get down the stretch as they aim for the playoffs. All home games take place at 7 p.m. in Building H and are free with your student or staff ID card.