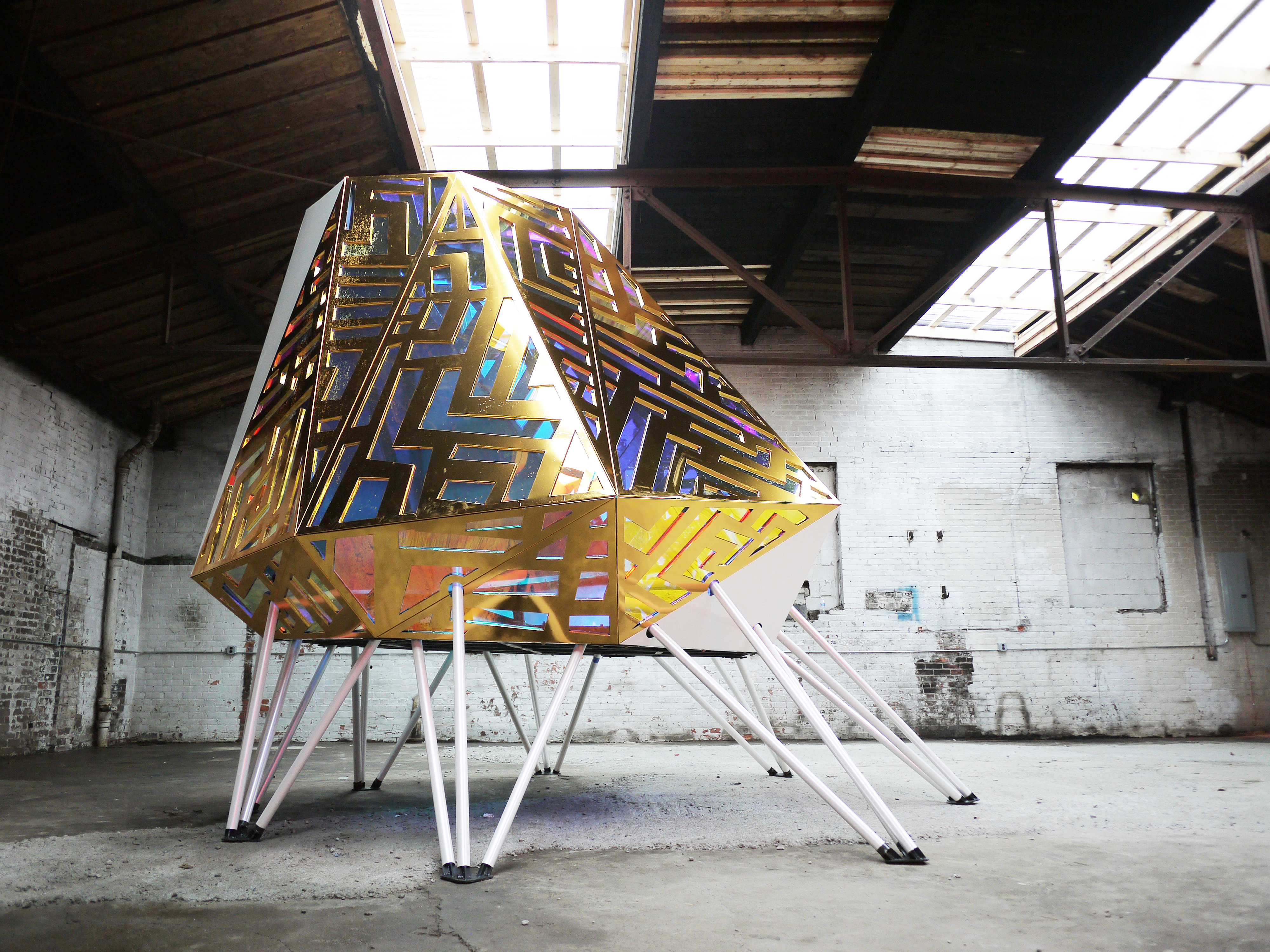 Oakland North End (ONE) Mile project is an architecture and design based program in the North End of Detroit. Led by University of Michigan architecture professor, Anya Sirota, in partnership with her design studio, Akoaki, the project strives to create spaces for programs that revitalize areas existing in challenging socio-economic urban landscapes. ONE Mile researches new methods and techniques that can help improve such areas.

Listed on ONE Mile’s website is the multitude of goals the project has: “We host events, exhibits, workshops, and performances. We create public spaces and experimental environments. We design tools for broadcast and dissemination. And we continue to build a network of people interested in the sustained collective vibrancy of the North End.”

After receiving the Knight Arts Challenge grant from the John S. and James L. Knight Foundation, Sirota set out to further explore the Oakland Avenue neighborhood and its rich history. After holding a townhall-type meeting in the neighborhood, in partnership with the Oakland Avenue Artists Coalition (OAAC), a team of people began to form. Led by Sirota, along with her studio partner, Jean-Louis Farges, the ONE Mile team consists of a network of socially active Detroiters including artist and activist Halima Cassels, and cultural organizer Bryce Detroit, along with U of M graduate architecture students, and volunteers.

The team’s first big project in the neighborhood soon became a local icon of the North End. Dubbed the mothership, a gold and white spaceship, the astral invention is a portable DJ booth that is now used by local artists at festivals and concerts. Created as a symbol of the birth of funk music, a movement that first began on Oakland Avenue, the mothership is a replica of the spaceship used by Detroit’s own Parliament-Funkadelic, an acclaimed musical group that was largely responsible for the creation of funk. The original spaceship used as a prop on stage by P-Funk is now housed in the Smithsonian Institute. In the fall of 2014, ONE Mile launched their project by holding a concert, headlined by P-Funk, using the mothership. Since then, ONE Mile has published two biannual magazines chronicling their work and a variety of artists in the North End neighborhood.

Every summer, the University of Michigan - Ann Arbor has a program open to all community college students called the Undergraduate Research Opportunity Program. Last summer, I was able to be a part of the program. Wanting to stay local, I chose to participate on the ONE Mile project. It was an incredible experience being on the front lines of such a far reaching project, and being a part of all the different projects ONE Mile takes on. Last summer, the ONE Mile team was working compiling the content for the second issue of the zine. While working on the project, I was able to interview artist N’neka Jackson, a jewelry maker whose “custom creations are both regal and empowering, bringing together mythical flash with whimsical futurism,” according to the zine. She creates traditional jewelry like necklaces and bracelets, and also makes wings and regal crowns. Jackson’s pieces have been worn on runways internationally.

The project combines architecture and design in nontraditional ways, using the disciplines in a refreshingly new, grass-roots oriented way. In an interview with online magazine Model D, Sirota addresses the concern of outsider projects working in Detroit not always understanding the rich culture and history of certain neighborhoods, while taking into account the challenges Detroit residents face. Architecture, design and other art-based programs, especially, have been criticized for forgetting to take into account the context and idiosyncrasies of a given place. “There are lots of people who use Detroit as a backdrop for arts practices and design practices – corporations especially do a very good job of it, lending themselves authenticity by using Detroit as a scenography to brand their own identity or their own product,” Sirota says. “The way we walked into this project was to assume that we wouldn’t bring any programming to any context, we would support the programming that was already happening there.”

The ONE Mile project continues to exist with funding from grants including the Knight Arts Foundation, ArtPlace America, and Creative Many’s Resonant Detroit Program.

To learn more about the project, visit ONE Mile’s website at onemile.us