Detroit Through the Lens of Corine Vermeulen

By Bashair Pasha and Brittney Arafat 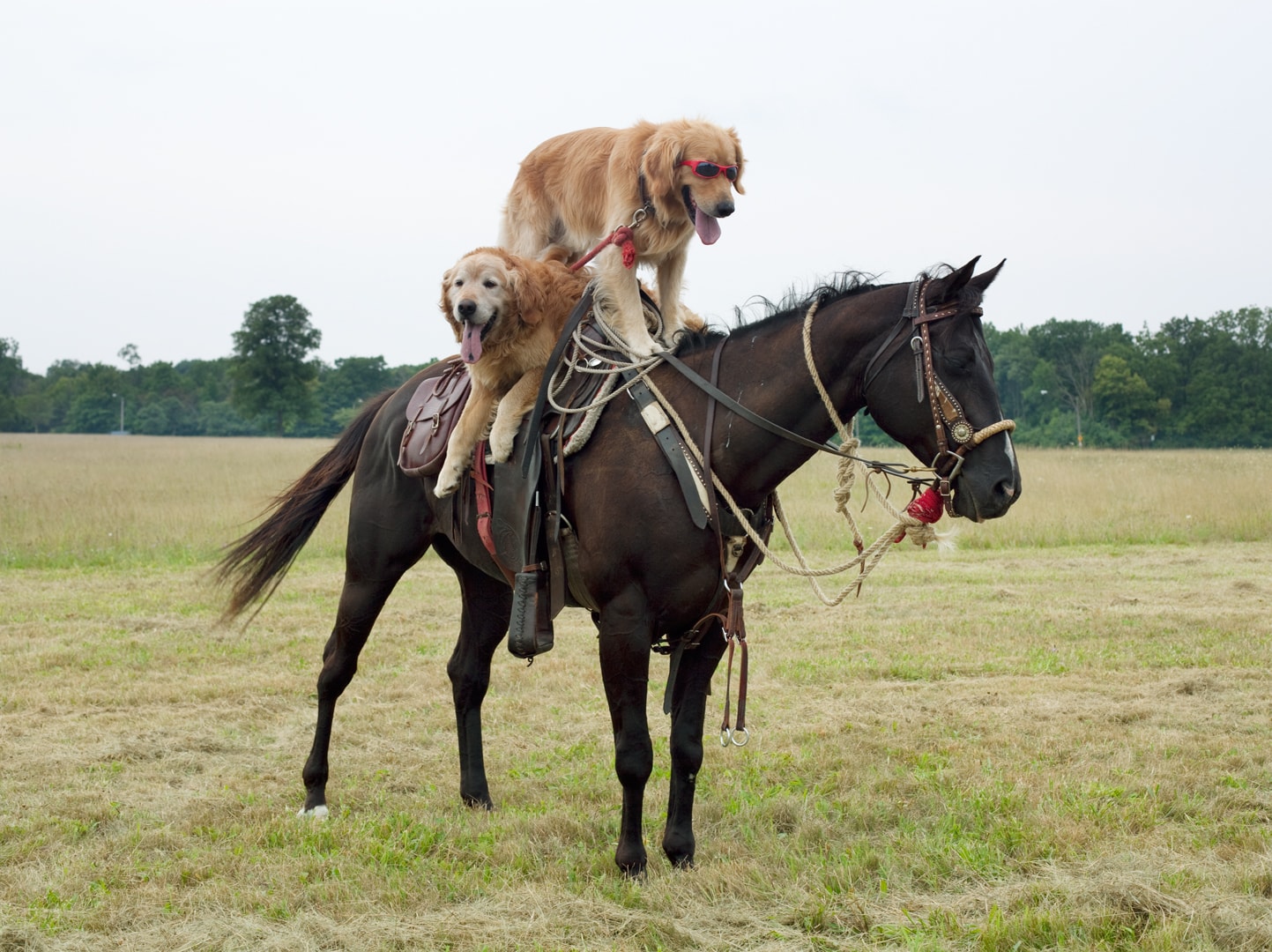 The Mirror News had an opportunity to sit down with artist and activist, Corine Vermeulen, whose “Walk-in Portrait Studio” was a featured exhibit at the Detroit Institute of Arts last year.

Vermeulen’s photography has appeared in Time Magazine and The New York Times, and she has been in shows in Brooklyn and Los Angeles as well as the Netherlands, Germany, Colombia, and she finished an artist residency in Mexico City this year.

Mirror News: Could you tell us a little bit about why you chose Detroit? How did you come to the city and what about it intrigued you?

Corine Vermeulen: It’s a bit of a coincidence in a way but then it ended up not being so. I got really fortunate and I received a scholarship to pursue my passion for photography at Cranbrook Academy of Art in Bloomfield Hills. I’m coming from a graphic design background but I was always running around with a camera, and so after I graduated from undergrad that got rewarded and I got this scholarship to come here. I didn’t really know much about Michigan or the master’s program there, but I was always really, really into the music from Detroit--Detroit Techno--because it’s kinda the soundtrack of my youth. I just thought, oh cool I can study photography now and in the weekends I can go check out my favorite DJ’s and my favorite electronic music acts...When I came here it was a complete culture shock because it was right after 9-11. People were waving American flags everywhere and very patriotic. There was no public transportation and I didn’t drive a car so it was actually pretty hard for me to be here at first..

MN: What other projects are you working on currently?

CV: I am going to embark on a new series, starting in my own neighborhood. My studio is in Hamtramck, but where I live is right on the Hamtramck and Detroit border, The way I work best is if I’m immersed in my subject matter’s environment. [The] community is largely Bangali. There are some Yemenis. There’s African Americans and then there’s the influx of all the new artists, so I kinda want to look at that intersection. And there’s a lot of social activism going on there as well. But there is also a lot of culture clashes, so all that is really interesting to me to start to look at. I’ve lived there for 2 years now. I haven’t really pulled my camera out much in that area, but I feel comfortable enough to start doing that... I also want to re-examine my own role as an artist and as a resident there now that Detroit is changing so much.

Most of my earlier work here was made during the Obama years so there was a sense of hope and optimism I think. And now, especially now, I feel like we are entering the new world order. There is a different way we have to be and have to think about things. So this new project will be set in the new era, and I think more than ever it’s made me feel that the urgency is there and it’s timely within my neighborhood.

MN: Before you came to Michigan, where did you come from?

CV: I was based in Eindhoven, in the Netherlands, because I did my undergraduate there at the design academy. Then I got my scholarship to the Cranbrook Academy of Art.

MN: Are there other projects or artists that you follow or look up to?

CV: There are many amazing artists and projects in the city. The one that I live around is Powerhouse Productions. They’ve been buying houses and making them into project houses since 2008-2009. They also built a skatepark and have really revitalized that neighborhood and infused it with a lot of interesting projects that are not only for artists, but for the immediate community. I think Detroit is an amazing hub for new types of art. It will be interesting to see now with the [election of Donald Trump], what kind of agency that brings.

MN: How would you describe your growth as an artist?

CV: I think I’ve known that photography was my thing since I was 19 when I first got a camera, but I didn’t necessarily go in that direction, I went into graphic design, but I always kept photographing... I know for sure I was much more motivated to photograph because I did that outside of my academy’s [design] curriculum. I would get up at 4 in the morning if I knew the light was good somewhere to take a picture of something. I was traveling a lot always with a camera and I had a complete inner motivation to do that outside of anybody else; no one was telling me to do that. I didn’t have assignments. I think that’s really a sign. If you do that stuff on your own, then that’s coming from a deep place within and you really got to follow that... I think my background in graphic design helped me with the photography. They’re complementary, they go together. But I was very happy that I received the scholarship, because that scholarship was based on the fact that I’d been doing all that work on the side. And it allowed me to shift from graphic design into photography, and that’s been the journey ever since.

I think my growth here in Detroit as a person has been really incredible because if I would have stayed in the Netherlands I would have stayed in my comfort zone and I might have done projects in other countries from there and traveled, but being based completely outside of your own cultural context, not just for a couple of months but really to actually live in another country on my own pretty much- I don’t have any family here- has been quite an amazing experience and has been definitely hard at times, but it’s allowed me to grow so much as a person.

MN: Do you have a favorite photo or project?

CV: There are so many, because so many have different stories, but I’d have to say [my photo of my neighbor’s son] PJ and the goats. It was such a spontaneous moment. I didn’t see it, I heard it. That’s the funny thing. I came out of my house and I heard these goats bleating and I was like, “what?” [In my neighborhood A] lot of people do community gardening, and a lot of people have chickens and there was a pot bellied pig, and a lot of people have dogs and cats because Detroit has a big stray dog and cat problem, so these cats and dogs just arrive on the block. They just come and look for homes. They circle around until one of us can’t take it anymore because they are just too cute, we have to take them in. So there are animals on the block, but I’d never heard goats. I followed the sound and I saw PJ standing there with these Faygo bottles full of milk, and it was just such a surprise. I didn’t expect to see that in one of my neighbor’s backyards.

MN: Do you ever look back at a piece of work you’ve done in the past, and wish now that you had done it differently?

CV: I’m quite a perfectionist. If I look at my photos, later on, after the shoot, I’m just like I should’ve put the camera here, like it can always be better. I do work with issues of race and class, and I’m aware of that. I’m also aware that I’m a white female, a European, looking in. I’m aware of my position, so if I’m too uncomfortable with that position, I just won’t show the work. If I feel like it’s not appropriate for me, or I don’t like where it’s going...It’s not just a technical aesthetic. It’s an issue of “am I gonna show this or not” and “what does it mean?” I’m always dealing with questions of representation because I photograph other people, and I’m ultimately the one in charge because I’m the one behind the camera. So with this new project, maybe that’s something interesting. As I said, I want to reexamine my role as an artist in the city, and what does it mean for me to be a European in the city right now. But also, that no longer applies because I’m American, too. I’m Americanized, I’ve been here for over a decade. This is my place of residency. I’m no longer really that outsider. I’m in this in-between space. What’s interesting with this new project is this idea of representation and what I want to tackle is “who gets to tell the story?” Figuring out if there are ways to make photography of other people more participatory, like how can my subject matter also be a part of how that photo is taken. I haven’t figured that out at all. These are questions in the field of anthropology and ethnography, which are fields that I think are problematic because they say you can “know the other” which you can’t. Especially not as an outsider. I think those are all very interesting and daunting questions to start working with, but I think they’re important and that I need to start working with them more. That project will allow me to question those things and if I can find a solution to it, I don’t know maybe they’ll all be questions.

MN: Do you have advice for students who are going into photography? Whether it’s in Detroit, or anywhere else?

CV: Always have your camera on you, and don’t think that you actually need a [professional] camera. I think cell phone photography is interesting because the cameras have gotten so good. And it’s very accessible now. Always keep shooting, even if it’s on your cellphone. Like, don’t dismiss it, don’t think you can’t be a photographer because you don’t have a good camera. There’s a lot of iPhone photographers that are doing really incredible work, So my advice is to always have a camera on you. Whether that’s your cellphone or whatever. But also realize that the profession has really shifted. Now everyone is a photographer. So how are you going to be different? That’s the challenge.