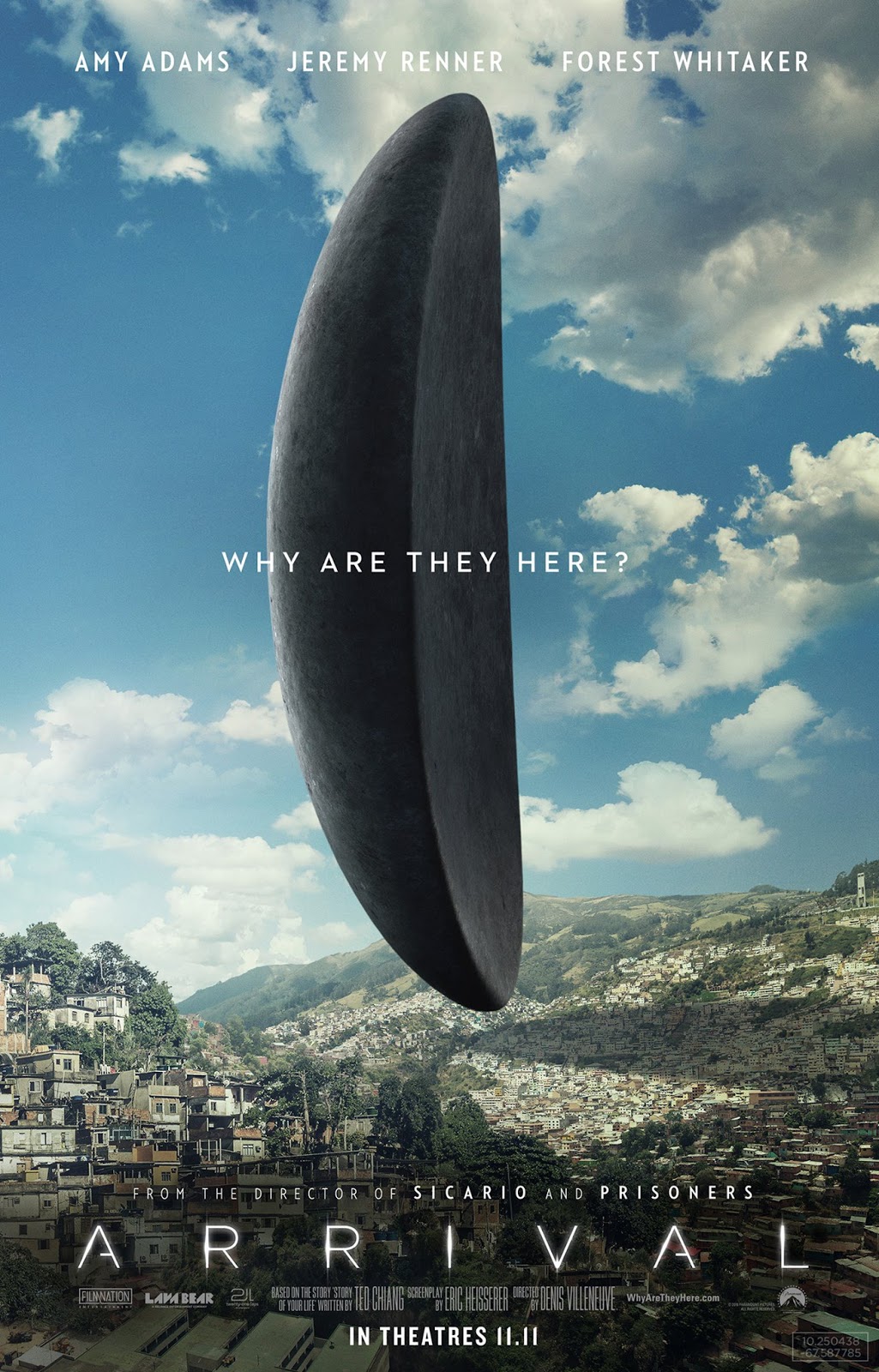 The advancement of computer generated graphics over the last couple decades has allowed for science fiction movies to progress from campy costumes and painted sets to dazzling worlds of incomprehensible magnitude. This advancement has allowed for directors to realize increasingly ambitious and elaborate scenes, complete with space battles and planetary superweapons. It is refreshing, then, to find an intellectual and understated entry into the canon of modern sci-fi.

“Arrival” deals not with galactic crises, alien invasions or the battle between good and evil. Instead, the movie, directed by Denis Villeneuve and based on the short story “Story of Your Life” by Ted Chiang, confronts the concept of how we communicate and how our communication can shape our perceptions. In linguistics, this theory is known as the Sapir-Whorf Hypothesis, which the movie goes so far as to directly reference for those unfamiliar with it. According to Sapir-Whorf, the structure of our language itself determines how we think and interact with the world around us. This functions as the central theme of the entire film. The movie opens with Louise Banks (Amy Adams) interacting with her daughter, Hannah, through various points in her life, from birth to her tragic death from cancer at the age of 12. Though initially feeling out of place, the purpose of this opening and the later references to it becomes clear as the story coalesces.

As Louise and the audience discover early on in the film, 12 alien vessels have appeared throughout the world. Called “shells,” these titanic ships give no indication of the purpose of the aliens, a fact that causes progressively more severe unrest across the world.

Louise, a brilliant linguist, is approached by Colonel Weber (Forest Whitaker), who requests her help in deciphering the aliens’ communication, but Louise insists that without interacting with them in person, it is impossible for her to translate their language. Eventually relenting, Weber takes Louise with him to Montana to join the team studying the aliens, which includes theoretical physicist Ian Donnelly (Jeremy Renner).

Upon arriving at the camp established by the military, Louise quickly encounters the competing forces at work. A mixture of scientists, military personnel and government officials, the goals in the camp are often conflicted. The team is also a part of an uneasy alliance between researchers across the world, all sharing information while simultaneously waiting for the first sign of betrayal. This produces a sustained tension throughout the movie, as Louise and Ian fight for more time to study and communicate with the aliens while the governments of the world grow increasingly agitated.

Though on the surface this movie is about humans attempting to communicate with aliens, it is also a critique of how humans communicate with each other. The various human factions withhold information from each other, always looking for an opportunity to elevate their nation. Other than Ian and Louise, most of the characters in the film approach the situation as a zero-sum game; someone will win and someone will lose, and everyone is determined not to be the loser.

Presenting a subtle illustration and critique of politics and communication, “Arrival” is a film that some may find too slow-paced to enjoy. Though there are several harrowing and dynamic moments, these are the exception to the movie’s rule of conversation-driven storytelling. Given these qualities, this is not a movie one can casually consume. It requires the audience not only to pay attention, but to thoughtfully process the information it presents. In the lead up to the finale, concepts that had remained in the background burst into the forefront of the plot, a transition that is unforgiving to those who struggled to follow the story up to that point.

Progressing the plot largely falls on the shoulders of Adams, who rises to the challenge spectacularly. Though there are no bad performances in “Arrival,” Adams as Louise surpasses the other roles by a large degree. She matches the tension and subtlety of the film perfectly, giving the concepts a human face that makes the more esoteric among them easier to accept.

Communication forms the basis of our society and our individual lives, though it is something upon which most people rarely devote moments of introspection. Villeneuve has created a means of facilitating this introspection through the vehicle of science fiction. “Arrival” is an inaccessible and often grim film, but the beautifully complex and optimistic payoff is well worth the journey.