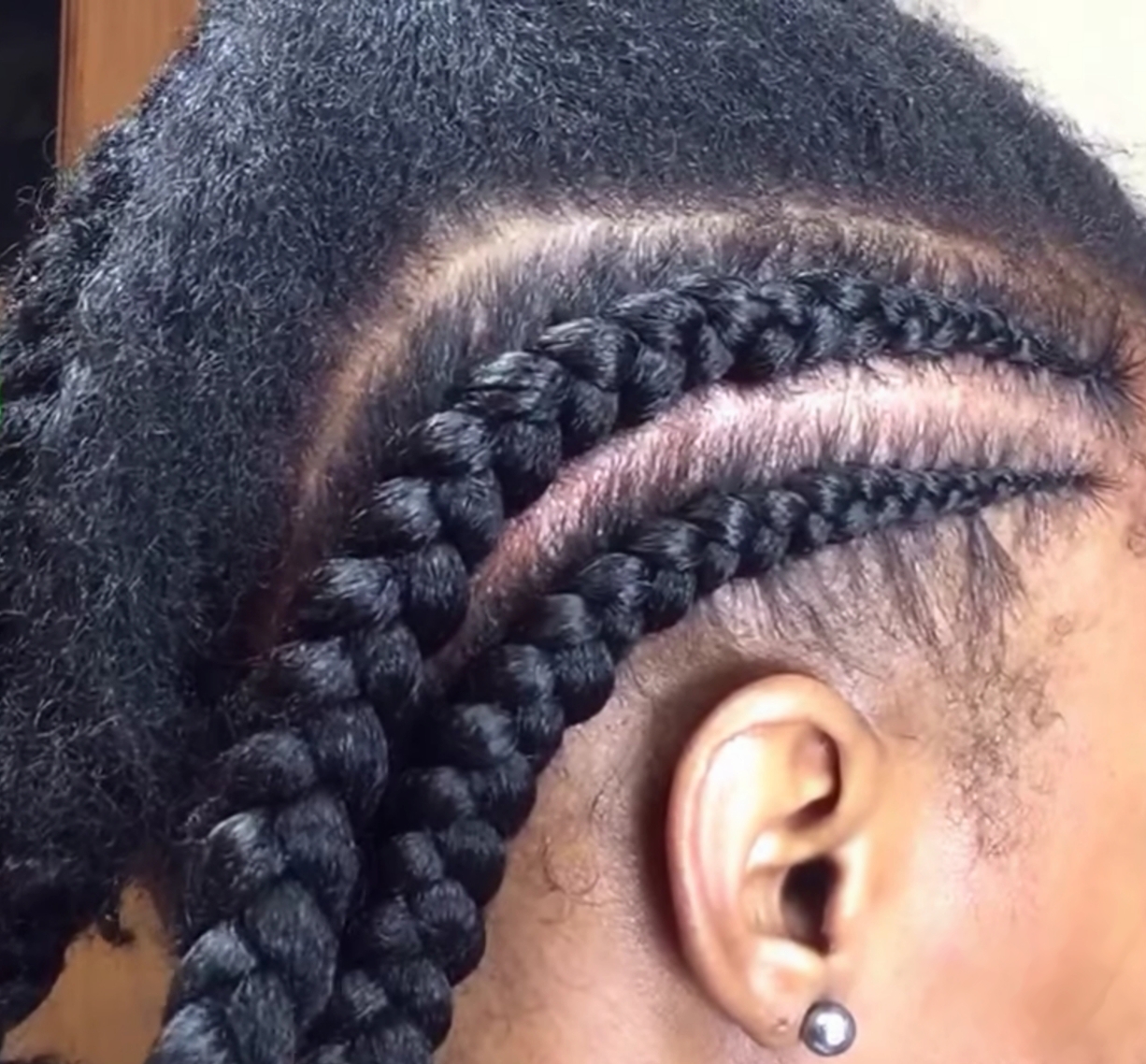 Flicking through television channels, I came across a scene from an episode of Rob and Chyna, the latest spin off of the “reality” television show “Keeping up with the Kardashians.” In the scene, reality TV star Kim Kardashian was teaching her brother Rob how to swaddle a baby. Unlike the wearing-next-to-nothing-at-all-look she is normally depicted sporting, Kardashian was casually dressed. She had on a sweatshirt and workout pants. Her hair was braided up in rather untidy cornrows. Not being a fan of reality television, I changed the channel and didn’t give her and her untidy cornrows any further thought. The following morning, on my social media newsfeed was a picture of Kim Kardashian in those awful cornrows with the caption #givebackculture! Her choice of hairstyle on the television show the night before had clearly rubbed some members of Black Tweeter the wrong way. She was being called out yet again for cultural appropriation.

In light of recent events in this country involving clashes between racial groups, the chasm of the disparities between people continues to be highlighted. Generally understood as being the adoption and personalization of elements of a culture other than one’s own without acknowledging or giving credit to its origins, cultural appropriation has become a pertinent topic of discussion deserving the critical attention it is being afforded by groups like #BlackLivesMatter. In the multicultural melting pot that we live in, how does one distinguish between appropriation and admiration or appreciation?

It is an undeniable fact that culture plays a huge role in defining who we are as a people, shaping the world around us and keeping us connected to our roots. From ancient times on the African continent, complex cornrow hairstyles were used as tools of distinguishing kinship, status, age, ethnicity, religion and various other aspects of one’s identity. As African people were captured and sold into slavery, before crossing the middle passage, their hair was shaved off and they were stripped of an important element of who they were. Seeking to reestablish a sense of identity and to reconnect with their roots without risking the wrath of those that subjugated them, they began to incorporate African traditional braiding techniques into their hairstyles as they lived in servitude. Cornrows were introduced to the New World and have since been a distinguishing element of the African American culture.

Taking into account how cornrows came to be in America, it is understandable that the wearing of cornrows by an individual outside of the African American culture without an understanding of what they represent and without acknowledging their origin is a valid cause for concern. Yes, the Kardashians may be said to have been guilty of transgressions of cultural appropriation on various occasions, but is it not we the public that place these people on pedestals and credit them as icons of fashion innovation? When Kim Kardashian wears her hair in cornrows, does she herself claim to have “invented” the look or is it the media and general public that inadvertently give her that credit?

Contextualization of a situation is the distinguishing factor between taking offense or not taking offense. I totally agree that the stealing of and gaining benefit from an element of culture other than one’s own without paying homage to the culture from which it came is appropriation and must not be condoned. Personally, though, apart from the fact that I thought that even I myself could have given her neater braids, I really saw nothing wrong with Kim Kardashian wearing her hair like that in that scene. For all we know, being married to an African American and raising multi-cultural children, she wears cornrows as homage to her family.

As an African of Bantu heritage, when Khloe Kardashian posted a picture of herself wearing Bantu knots on Instagram, I took no offence. Though far from being Bantu, she had captioned the picture “Bantu Babe.” To me, she had in her own way, acknowledged my people as her inspiration. A few minutes later, however, she changed the caption, and no acknowledgement for my people remained. Considering that it is alleged that a single Instagram post earns celebrities like her a six figure paycheck, I took offense. She was benefiting from an element of my culture without giving my people due credit. Be that as it may, I quickly moved on to other issues.

Am I a Kardashian fan? No. Am I selling out on my own culture? Definitely not! I just truly believe that cultural appropriation is much deeper and relegating it to nothing more than black vs. white hairstyles is regressive and serves only to reinforce the divides that separate us. The cornrows must be unraveled and the underlying issues therein revisited.