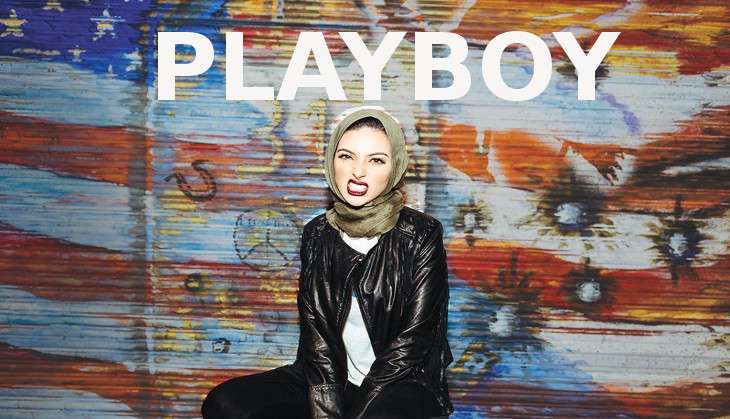 Tagouri is fully clothed in the feature, and the interview is meant to be taken seriously. In a departure from the usual content in Playboy, Tagouri’s interview with Anna Del Gaizo shows a narrative of Muslim women in America that doesn’t exist in today’s popular media. It’s rare that a woman in hijab, the Islamic headdress, is shown in an objective light, something this interview seeks to accomplish by sticking largely to Tagouri’s accomplishments, work, and career goals. In a sense, it’s powerful to have a woman, as Del Gaizo says, “making a bold case for modesty” in its pages, but a lot of Muslims see it instead as inappropriate and out of place.

Tagouri first received recognition after gaining a following through social media in 2012 with her viral #LetNoorShine campaign, announcing her goal to become the first hijabi anchorwoman on American television. Since then, she has become an associate journalist for CBS radio in Washington D.C., a local news reporter in the D.C. metro area for CTV News, and now a reporter for Newsy. Most recently, though, her name is being mostly associated with her appearance in Playboy. Why did Tagouri agree to the interview with Playboy?

Tagouri answers the question thoroughly in a letter posted on her website. She explains it wasn’t easy to come to her decision, but she eventually did after learning the publication was committed to “putting social justice and cultural progress at the forefront of their mission.” She adds in the letter, “We live in a struggling society that so desperately needs to see our light, a society that needs to hear our voice.”

When Del Gaizo asks Tagouri how she’ll know when she’s succeeded in effecting change, Tagouri answers, “When all girls realize they can do anything they want without having to sacrifice who they are as a person.” Even if that means being a hijabi in Playboy.