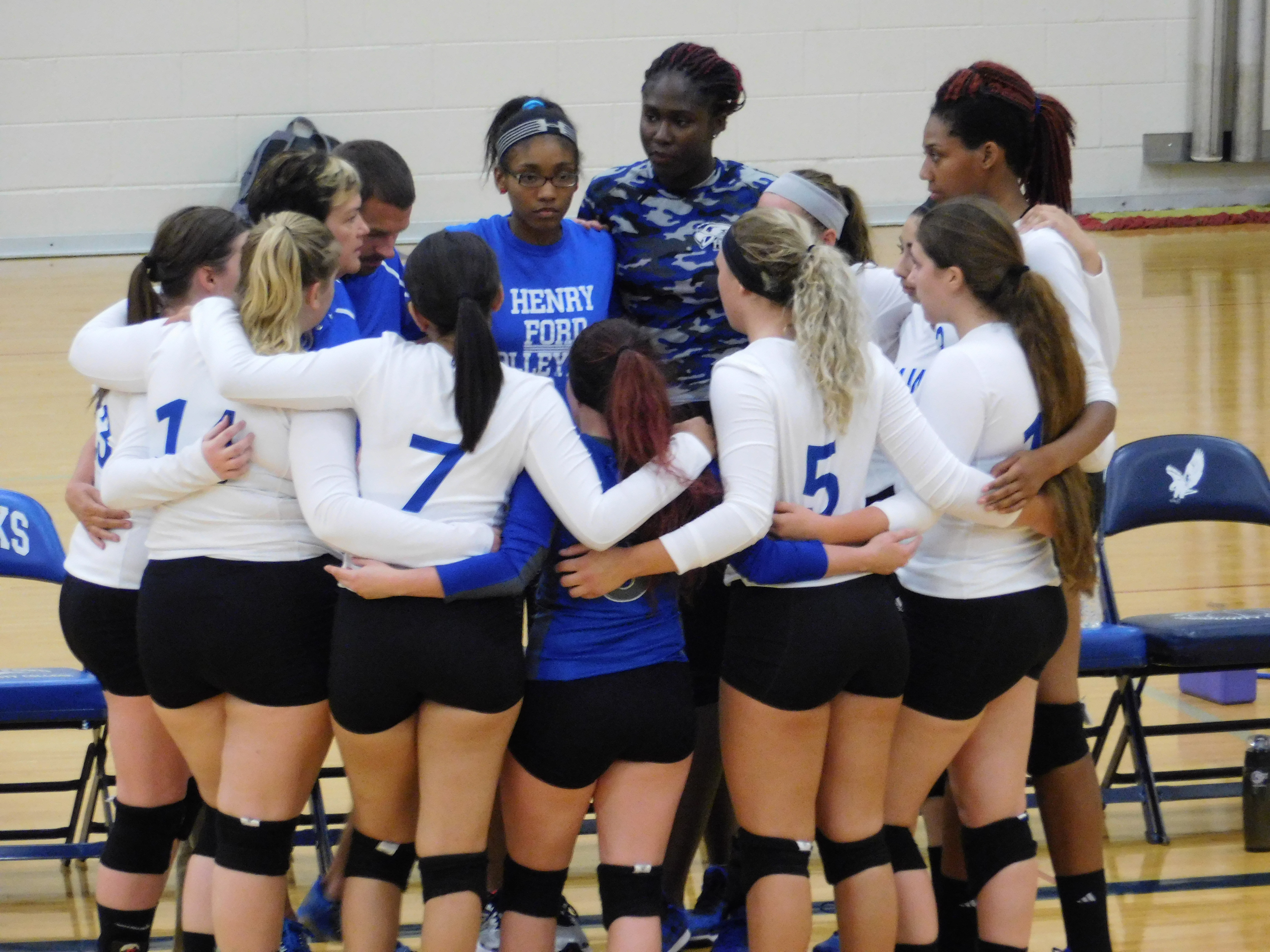 First-year head volleyball coach Rosemary Motamedi knew starting a program at Henry Ford College after it was defunct for three years would be quite the challenge. However, she did not shy away from that challenge and neither has the rest of her team. In their first season back, the Hawks volleyball team faced an uphill climb. The team had to obtain all new equipment, bring in all-new recruits, then train to compete with the colleges in the very talented Michigan Community College Athletic Association.

HFC got off to a rough start, losing its first twelve matches on the way to a 2-16 finish. One of those wins came in a 3-1 triumph over MCCAA Eastern Conference opponent Alpena Community College on Oct. 15. The Hawks on Oct. 22 defeated Cincinnati State Technical and CC 3-2.

In the final two home matches of the season, HFC brought in nationally-ranked Schoolcraft Community College Ocelots Oct. 18 and St. Clair County Community College Oct. 25. In their match with the 14th-ranked Ocelots, the Hawks didn’t look like a first-year program. They fought hard, but with a few bounces not going their way, Schoolcraft won the match 3-0. The same occurred against St. Clair. HFC was in it the whole way, but would be on the wrong side of some bounces toward the end of sets. The Hawks would go on to lose their final match of the season 3-0.

In a pre-game ceremony, the Hawks said goodbye to their only sophomore, Macey Clements. Clements, along with teammate Cheyenne Lacinski, drew much admiration from their coach for their play all season long. “They put it all on the floor every match that they played,” Motamedi praised. Motamedi was proud of her team and knows they are very young. With most of the team being underclass women, including Lacinski, and along with a whole new class of recruits, the Hawks should come into next season experienced and ready to improve on their 2-16 record.

When Motamedi was asked about her time at HFC in her first season, her response was, “I enjoyed it thoroughly, and it has been a great experience.”