Why I am Marrying a Canadian 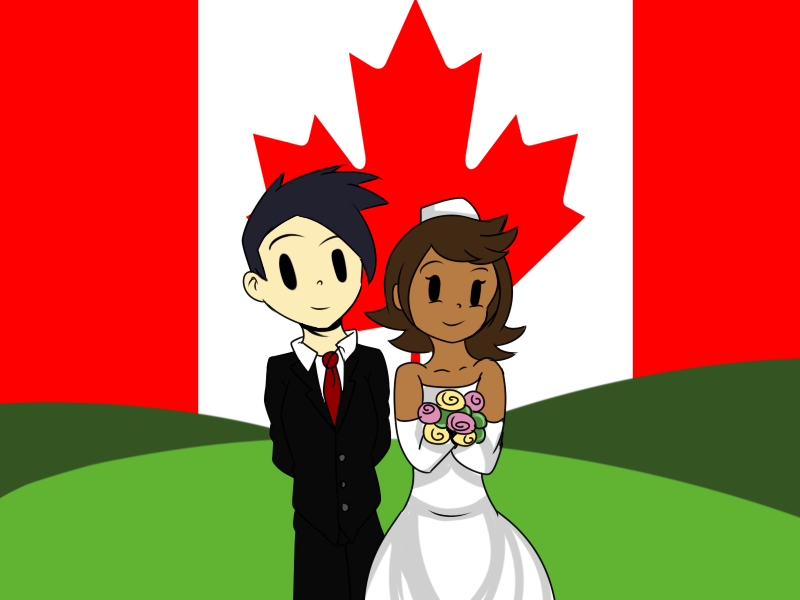 There was a time, back in grade school, when I believed in democracy; a time I had faith in the American public and their ability to elect competent leaders. That time has since passed.

As a child, I was taught that only the best and brightest could run for the presidency, and based on their positions on important policies, the American people would choose the best candidate for the job. Instead, this election has become a circus and we the spectators watch with our bags of popcorn in hand and laugh at their belligerent behavior. On one hand it really is funny, until you remember that either Trump or Hillary will be our nation’s leader. Then, the circus ceases to be amusing and becomes scary.

In preparation for this impending doom, I’ve planned my escape. Our northern neighbor, with its free healthcare and progressive prime minister, seems the most logical sanctuary. However, Canada doesn’t admit just anyone, and since neither presidential nominee is grounds for asylum, I have decided to marry a Canadian.

As of 2015, there were 7,587,028 single males in Canada. In other words, I’ve got options. While I do admit that marrying someone for a green card is shallow, Canadians offer so much more than their citizenship. For one, they’re not afraid to apologize and their overall polite demeanor is a nice contrast to their American counterparts. Secondly, Canadian cuisine is delicious. I have no problem consuming copious amounts of bacon, maple syrup, poutine and Tim Horton’s. To top it all off, Canadians don’t feel the need to make a fool out of themselves for all the world to see. Canada’s leaders tend not to be morons, their elections tend not to be spectacles, and their common sense seems to still be intact. So really, I’m marrying a Canadian out of love.