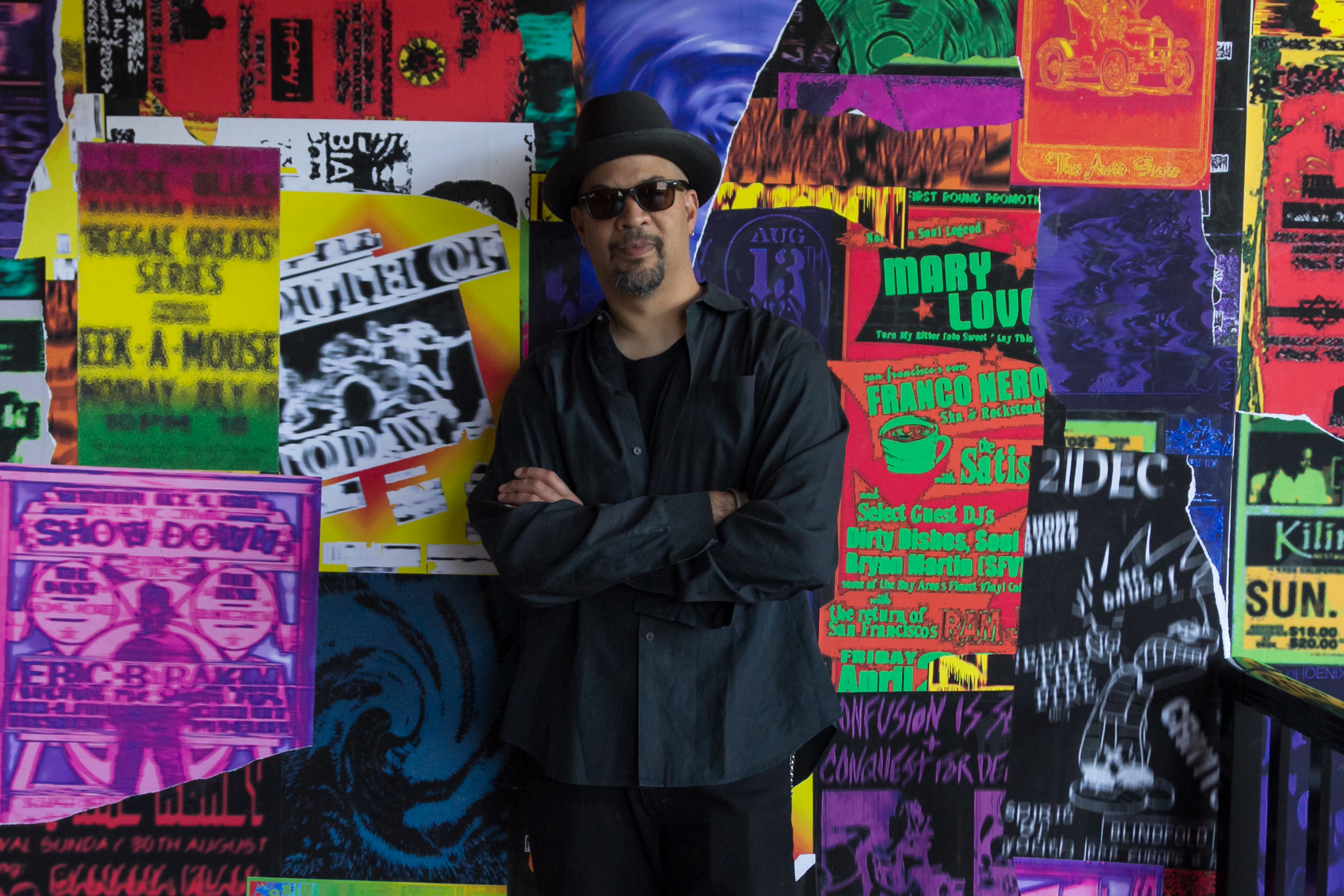 On September 15 of this year, Culture Lab Detroit and the Museum of Contemporary Art located in Detroit, ushered in their newest art installation by artist Gary Simmons in the historic Cary building on 1301 Broadway Avenue. To fully grasp the art installation and its provocative message, some background on those who are responsible is needed.

Culture Lab Detroit, founded by Jane Schulak in 2013 with partnerships from the College of Creative Studies and the Detroit Creative Corridor Center, brings together a wide array of artistic minds from around the world, including world-class artists, designers and architects in the hope of creating thoughtful and contemplative discussions that will unite Detroit with the international community. Arising from these dialogues and conversations are new opportunities for artists as well as permanent and transformative pieces of art, design, and architecture that further the cultural revitalization and rejuvenation of Detroit.

This year, Culture Lab Detroit launched its fourth year program, CultureLab 2016-- WALLS, focusing on the significance of walls in a variety of aspects, being theoretical, historical, architectural, etc. With its focus of “making connections--between minds, fields, and communities,” as stated by creator Jane Schulak, Culture Lab Detroit hosted a two day series of talks, in addition to the art installation. These talks ended on September 16th, but their relevance to the city of Detroit will resonate for quite some time due to the broad topics addressed such as: the usage of empty spaces, population shifts, urban blight and renewal and how to enact social change through art.

In collaboration with MOCAD--or the Museum of Contemporary Art in Detroit, which occupies the vital intersection of art and contemporary culture-- and Bedrock Detroit, a full service real estate firm and the largest real estate partner in Detroit, Culture Lab Detroit commissioned artist Gary Simmons to do his first installation in Detroit. Gary Simmons, an artist from New York City who currently lives in Los Angeles, is highly decorated as an artist, appearing in artistic venues both nationally and internationally. Recently featured in the 56th International Art Exhibition All the World’s Futures curated by Okwui Enwezor and organized by the Venice Biennale, Simmons’s work has also been in museums like the Museum of Contemporary Art in Chicago, the Museum of Modern Art in New York, as well as numerous other locations.

Simmons’s Detroit art project is the largest display of his series where he covers diverse urban spaces like doorways, walkways, fences, etc., in colorful and thought-provoking posters in a myriad of colors that turn a normally blank space into an environment of expression and conversation. In the past, he has covered single walls at the Baldwin Gallery in Aspen and the Simon Lee Gallery in London, but this particular installation is the first of the series to be presented as a public installation. Using a method of wheatpasting, which is simply creating an adhesive from flour or starch and water, and then recoloring, reorienting, and recomposing his own self-designed musical fly posters that pay homage to Detroit’s venerable and renowned musical and cultural history, Simmons evokes the sense of manipulation and deep contemplation of what culture truly is and how culture is defined and shaped by many different forces. Keeping with his usual theme of using traditional icons of American pop culture throughout its cultural history and consequently, addressing concepts related to race and class, Simmons has employed the musical styles of dub, Motown, punk, reggae, rock n’ roll and techno to not only create an aesthetic that is representative of himself, but also of contemporary culture in America over the past 50 years.

Walking into the gallery from the street, the ground floor of the Cary Building resembled a rebellious and culturally engaged teenager’s bedroom. There was a sort of irreverence and rebellion in this installation, with all of the bold and emphatic color leaping out and embracing you as a witness to its power.. Often, American pop culture is viewed for what it is on a superficially sanitized level and cannot possibly be attached to some sort of revolutionary concept. We often forget that these icons of American culture, such as musical genres like dub, techno, reggae, and rock n’ roll, started off as fringe movements within American culture that reflected diverse perspectives of politics and identity that often opposed the mainstream. Various forms of music and their corresponding sociopolitical connotations were not typically well-received and were often demonized and viewed as the “other,” but still captured such momentum that they were catapulted into the fray of contemporary culture. Simmons’s work reminds us of the constant dynamicity of culture and the impermanence of cultural influences. Take for instance, rock n’ roll music and its evolution through American society, and eventually the world. Starting off, this genre was constantly depreciated and devalued as nothing but unsavory lyrics and anti-Puritan moral value; however, rock n’ roll music eventually became synonymous with pop culture. This artistic piece engages the viewer and imparts on them a feeling of nostalgia while also forcing them to reevaluate their idea of culture and how it is defined within the present.

With artistic institutions like Culture Lab Detroit, and the Museum of Contemporary Art Detroit, and artists like Gary Simmons, art, as it usually does, fulfills its duty to show us the world in a multi-faceted and encompassing manner that escapes most of us who are not in constant reflection. Such art will give rebirth to a city that has been long overdue for a renaissance and will give contemplation to a society that is obsessed with superficiality and frivolity.