The Stadiums of Detroit 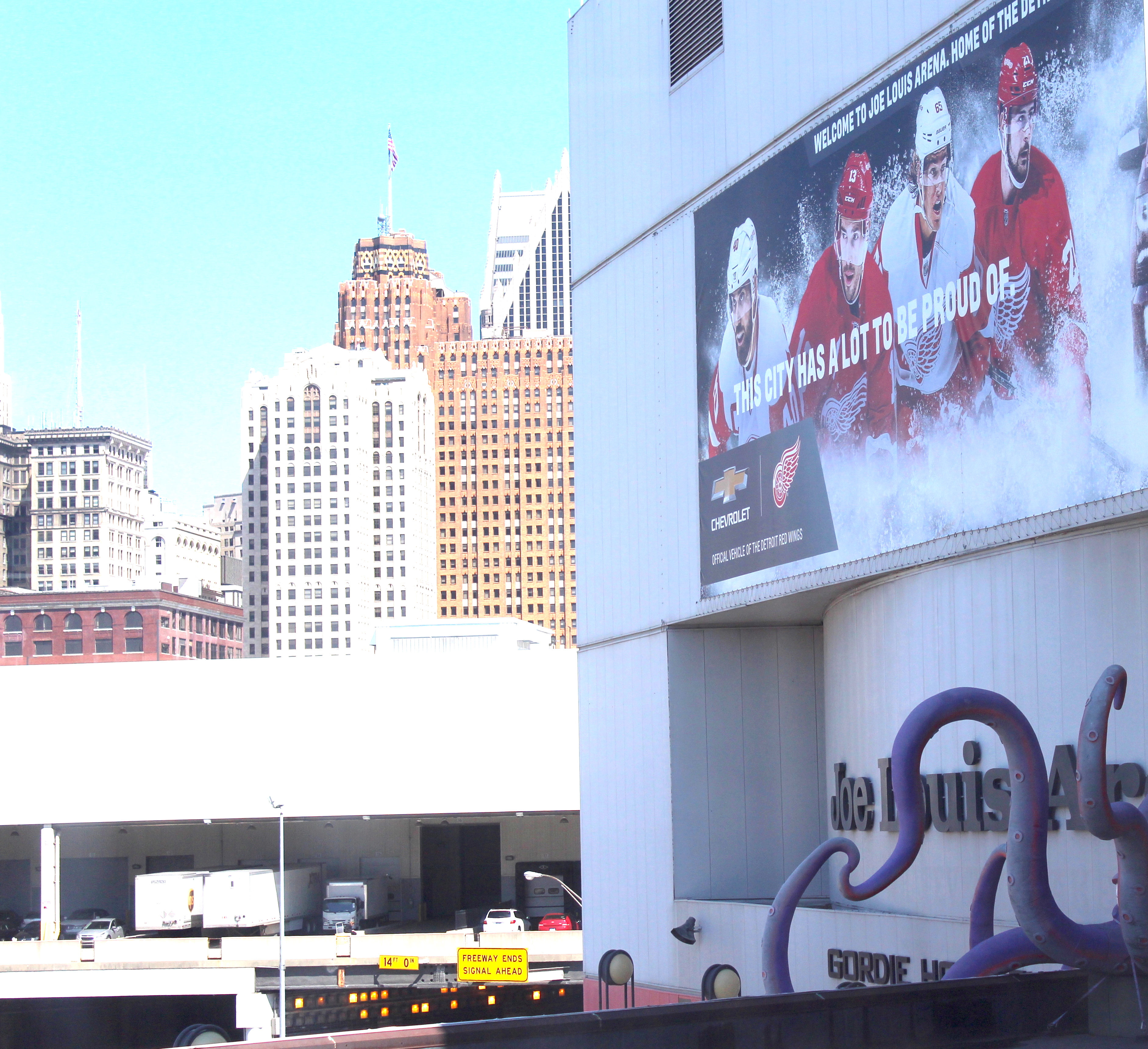 In the city of Detroit sports fans have the Tigers, the Lions, and the Red Wings. Comerica Park, where the Tigers play, opened in 2000, and the Lions’ Ford Field opened in 2002. Much anticipation is surrounding the completion of the Reds Wings new arena, opening for the 2017-18 season.

Much work goes into getting a new stadium. The teams have to show plans and ask for money from the city and people, and may seek tax breaks. One of the main concerns with stadiums is the impact on the city. For instance, Detroit will not see money from Comerica Park for another 10 years. With the new Red Wings stadium, tax revenue will not be expected until around 2030 or later. In Detroit, teams also need to go through the DDA. The DDA is the Downtown Development Authority. Up until recently, the DDA was ran by someone affiliated with the Ford Motor Company. Whether not this posed a conflict of interest has yet to be investigated. The DDA gave $50.7 million to the Red Wings and $49 million to the Tigers while giving over $75 million to the Lions for Ford Field. I tried reaching out to the DDA for a comment on this matter; however, they did not return calls or emails.

The Detroit Tigers left the historic Tiger Stadium after the 1999 season. Tiger Stadium, previously known as Navin Field and Briggs Stadium, was the site where the Tigers played their home games from 1912-1999. The team won all four of its World Series titles there. Hall of FameTigers like Al Kaline, Willy Horton, and Hank Greenburg played there. The site was home to many memories for many players and fans and when it was announced that the stadium would no longer be the home to the Tigers after 1999 and then later torn down in 2008, many were upset. Sixteen years after the Tigers left for the new Comerica Park, and 8 years after demolition, the Detroit PAL (Police Athletic League) Foundation bought the lot and plan on building new offices and a new youth ballpark . The Detroit Lions opened the Pontiac Silverdome in 1975 and stayed there for 26 years until 2001, when they left for Ford Field, which across the street from Comerica Park in downtown Detroit. When it opened in 2002 the Lions had a state of the art stadium. Ford Field is being updated this summer with a new roof and LED lights. There is speculation that the money for these upgrades came from raising ticket prices. In protest, some fans canceled season tickets.. The Silverdome has sat abandoned and falling apart since 2001, and it is expected to be torn down sometime this spring. One criticism of expensive sports stadiums as an attempt to boost a city’s economy is their limited lifespan. Once a stadium has lost its usefulness, what happens to the community surrounding it? In Pontiac, the Silverdome was a main source of activity for the city, and now the area surrounding the abandoned stadium also appears neglected.

The Red Wings have called the Joe Louis Arena or affectionately call “the Joe” home since 1979. Next season will be the last. . The new arena will cost about $650 million dollars to build. The new M-1 rail will have a stop at the new arena. One question of both the M-1 rail and the new arena, is that, as was asked about the People Mover when it was built, who benefits? Red Wings fans, who tend to come predominantly from the suburbs, may frequent the transit and arena for home games during the hockey season, but outside of that, how do the neighborhoods and citizens of Detroit benefit? How much public money will be used to build the new arena?

For Red Wings fans, there is much to be excited about. I was able to talk with Ed Saenz of Olympia Development and find out improvements that will make the new arena better. “The new arena will be much different than Joe Louis Arena. We’ve taken the very best ideas from around the country and built upon them with our own innovations to create what will be the best arena in North America.” He also went on to say, “We’re creating dynamic fan experiences, with plans for five restaurants, seven bars and 60 percent more concessions than Joe Louis Arena. There will be immersive video and sound capabilities, creative food-service options, a “skin” on the outside of the arena bowl that can display video and graphics, additional elevators and improved seating options – such as gondola seating suspended over the event level. There will be nearly twice as many restrooms, and the new arena will feature active community spaces like on-site practice ice, which will also be used for amateur hockey, and an outdoor plaza featuring a massive video wall.”

Around the new stadium Mr. Saenz said, “At least two parking structures will be in close proximity to the new Detroit Events Center, as well as new and existing parking options nearby. And it is expected that some fans will park at other lots and then make use of the new M-1 rail line which will run along Woodward from downtown to the New Center area.” He continued to say “The game day experience will actually start at home, with a mobile app that will identify the best route to come to the game, help you find parking, and get you through the doors to your seat as seamlessly as possible.”

I asked what impact the new arena will have on the neighborhoods. Mr. Saenz said, “Our organization has been committed to this city for more than 50 years and we’re proud to be a part of Detroit’s amazing comeback story. Catalyst project refers to the fact that The District Detroit is transforming places and people’s lives. We are redeveloping 50 underutilized blocks surrounding the new Detroit Events Center into restaurants, shops, offices and residential spaces where people can live, work and play. And we are engaging residential developers and others interested in this area, and to keep bringing jobs and opportunity to our city during this key time in Detroit's comeback story. The goal is to create a contiguous, walkable area between Midtown and Downtown where families, sports fans, entrepreneurs, entertainment lovers and others who crave a vibrant urban setting can connect with each other and the city they love.”

According to the Red Wings organization, 2016-17 is going to be a season long event to celebrate the 38 years at “the Joe.”. Tom Wilson president and CEO of Olympia Entertainment said, “The Joe will always hold a special place in our hearts.” He continued,, “Our fans will never forget the championships won on the ice and witnessing once-in-a-lifetime performances on the stage. We know our fans have cherished memories of nearly four decades here at the Joe, and we’re excited to celebrate and relive those moments one last time.” Some of the events that will help send the Joe out in style are celebrations honoring the Stanley Cup championships, honoring Red Wings greats, and giveaways at games.

In its place, plans are to build a new hotel, along with residential and retail complexes.

On April 28, Chris Ilitch along with Tom Wilson announced that the name of the new arena will be Little Caesars Arena, and that it will seat 23, 066, 9,000 in the lower bowl for hockey games, and 11,000 for basketball games.

Tom Gores and Dan Gilbert, both Detroit natives, had a press conference on April 27, with the commissioner of Major League Soccer to bring a professional soccer team to Detroit. The plans that they laid out are for an expansion team. The yet to be built stadium, if Gilbert gets his way, will be built on the abandoned Wayne County Jail site. Gilbert doesn’t own the site and Wayne County has yet to sell it. The soccer stadium would cost an estimated $1 billion. The current plan is for the part of the jail that is built to become a hotel. For $1 billion, the question, as with all stadiums in Detroit, is how much of that will fall on the taxpayers of Detroit?