“Eight Is Not a Good Number” 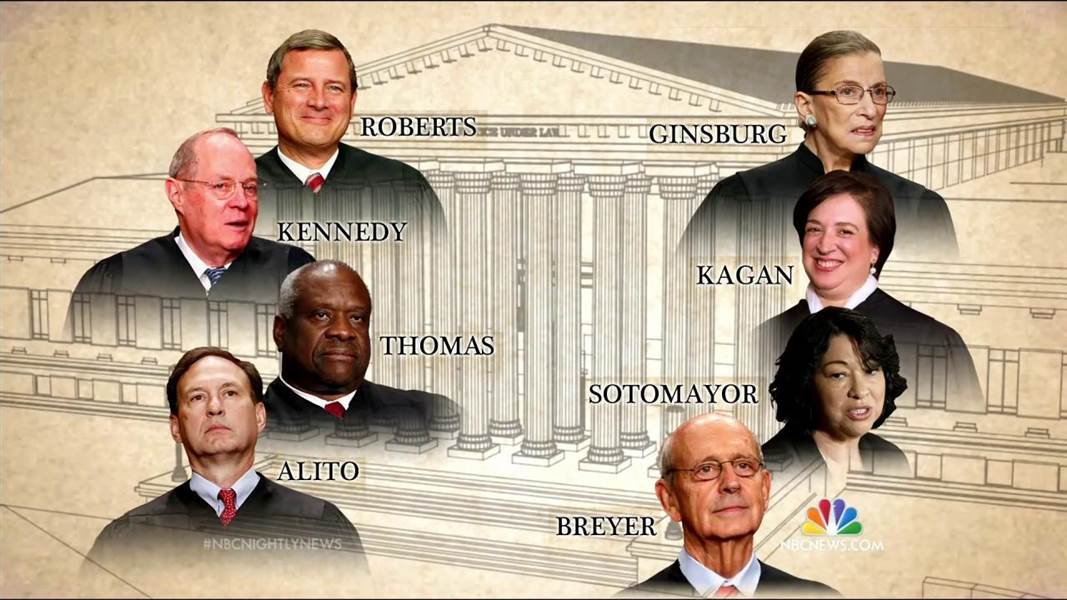 On February 13, 2016, Justice Antonin Scalia, considered a righteous champion by conservatives and a villain by liberals, died while on vacation. The vacant seat on the Supreme Court left in the wake of his death has yet to be filled, despite President Obama having nominated Judge Merrick Garland months ago.

Republicans, who have outright refused to even hold confirmation hearings for Garland, have used a variety of excuses to justify their obstruction. At first, many claimed that Obama, who has less than a year remaining in office, could not nominate a person to the Supreme Court. The New York Times, however, reported that eight nominees have been confirmed during an election year since 1900. Some Republicans, including Senate Majority Leader Mitch McConnell (R-KY), have now switched to the tactic of attempting to characterize Garland as being exceedingly liberal. McConnell went so far as to state during an appearance on MSNBC’s Morning Joe, “From a conservative point of view, I don’t think you could have a worse nominee than Merrick Garland.”

Attempting to portray Garland as liberal has little credibility, however, as the response to his nomination in liberal circles was tepid at best. Many progressive voices criticized Obama’s choice, having hoped the President would nominate someone more liberal, younger, and from a racial minority. Mark Joseph Stern, a journalist covering law and LGBT issues for Slate, called Merrick Garland “an extraordinarily disappointing choice.” Stern goes on to describe how the nomination could be perceived as a means of bringing the Republican Party’s refusal to work with President Obama into the foreground as we approach Election Day.

Whether intentional or not, Garland’s nomination seems to be fulfilling this purpose, with help from key Republican Senators. According to John Gizzi of Newsmax, Sen. Orrin Hatch (R-UT), prior to Obama announcing his selection, said at an event in Washington, D.C., “[Obama] could easily name Merrick Garland, who is a fine man. He probably won’t do that because this appointment is about the election. So I’m pretty sure he’ll name someone [the liberal Democratic base] wants.” Sen. Hatch further added to the evidence that Republicans are simply seeking to obstruct the President when he accidentally released a draft letter in which he describes having lunch with Garland, but goes on to announce that the lunch did not change his position on refusing to hold a confirmation hearing. The problem with this letter was that Hatch had not actually had lunch with Garland; the meeting was still in the planning phase, making it a clear example of how Republicans are refusing to consider Garland not because of his record, but purely because of partisan politics.

A cursory review of Merrick Garland’s record reveals a moderate and qualified candidate. He currently serves as Chief Judge of the US Court of Appeals for the District of Columbia, and has more than 18 years of federal judiciary experience. Garland also served in 1994 as the principal deputy of then Deputy Attorney General Jamie Gorelick, where he oversaw the prosecution in high profile cases such as the Oklahoma City bombing, the Unabomber, and the Atlanta Olympics bombing. In fact, when Garland was appointed to his current position, he was confirmed by more than two thirds of the Senate, including a number of Republicans who now refuse to even consider the prospect.

This dithering over filling the Supreme Court vacancy has issues beyond the political spectacle it creates. Since 1869, the number of justices on the Court has been set at nine. This is an important number, as it prevents ties in Court decisions. Today, politics are more sharply divided along party lines than they have been at possibly any other time in history, and this split in ideology can regularly be seen in the Court. Many important decisions in the Court’s history have come down to five justices versus four, with the issue of same-sex marriage being one of the more recent and notable examples. In this case, Obergefell v. Hodges, the five justice majority used the Court’s power to strike down bans on same-sex marriage across the country. In Citizens United v. FEC, the infamous case that created the concept of “corporate personhood,” the decision again came down to five justices in the majority and four dissenting.

While opinions on these two cases will likely vary according to one’s party affiliation, the point is that having nine justices allowed the Court to reach a decision. The purpose of the Court is primarily to review cases from lower courts as a final means of testing a law’s constitutionality. This process, called judicial review, allows the Court to set precedent for the entire country. If after hearing a case, the Court ties, it is treated as if the case was never reviewed. As when the Court declines to hear a case, a tie results in the ruling of the lower court being upheld, but no precedent is set. Simply stated, this means that a tied Court has no impact on any case that it hears. The Court is well aware of this predicament, having encountered it twice since the death of Justice Scalia. The Court has been on a trend of reducing the number of cases it takes, but since the turmoil resulting from Scalia’s death, its caseload has dropped to levels that call into question whether a divided Court serves any purpose at all. In recent years, the Court has heard around 80 cases annually, but for its session starting in October, only 12 cases are currently on the docket.

Despite these consequences, there are those who view the Court’s ability to tie as a good thing. The reputation of SCOTUS has been damaged in recent years, in part due to the increasingly public and heated disagreements between its members. Justice Scalia was famous all across the ideological spectrum for his caustic dissents. Regularly hearing a sitting Justice call into question the wisdom and purpose of the Court, however, weakens the confidence voters have in the institution. This is partly why Eric Segall, a Georgia State University law professor, thinks that an eight-member Court split along party lines is a good thing. In a piece published by Salon, he argues that this will result in justices moderating their opinions, both in their arguments and in their decisions. Ultimately, the majority on any case will have to contain at least one member of the opposing party, which, according to Segall, will result in “more public confidence in the final outcomes.”

Regardless of the merits of a given number of justices, current statutes set that number at nine. The Senate refusing to even hold hearings, as is its Constitutional duty, in the hopes that a Trump win in November will allow them to place a conservative on the Court is another signal to voters that they are willing to disrupt the government for political gain. Whether this strategy of obstruction backfires won’t be known until after the polls have closed this fall. Until then, the country can expect to see the Court continue its struggle to function, for as Justice Ruth Bader Ginsburg said, “Eight is not a good number.”