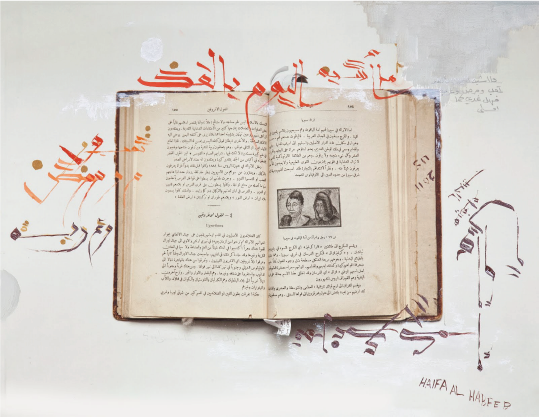 Tim O’ Brien’s “The Things They Carried” follows the lives of soldiers who carry mementos with them into war that reminded them of their homes. The Arab American National Museum is offering an exhibit called “What We Carried” that delves into a similar subject. The exhibition runs from June 4 to October 23.

It focuses mainly on the objects of affection from both Syrian and Iraqi refugees. At first glance the exhibit seems mainly to be composed of random objects; and it is, but their connection, meaning and purpose are given to them by their owners. One such affection is a lute which is easy to see where meaning and purpose are derived. It has a more Middle Eastern style to it as opposed to the traditional medieval lute, reminiscent of home. Being able to play songs from their childhood or homeland is meaningful because it can expose other cultures to their music and allow them to carry a part of their home with them.

In the same vein of other themes in the gallery, a picture of three children portrays a sense of family. Objects can provide a connection to the past and present. Families provide the most important connection, with them we are connected to the past and present simultaneously. We are also physically and mentally attached to them. People love others as they cannot love objects as the connection is reciprocated. In midst of the current refugee controversy there are people who wish to close off borders to them and ban them from countries. The aforementioned images suggest that family and culture are two important aspects of life. To shut them out or break them up is the opposite of progress; countries should welcome and embrace refugees and their culture, while seeking solutions to economic, housing and social crises instead of running away.

One image is of a flowered plate with a light blue fade around the edges that has chipped from years of wear. Above and under it a quote reads “It’s strange how happy this makes me feel.” This piece in particular seems to centralize the main theme with its meaningful simplicity; throughout the years we have to leave things behind as people, places and times change, eventually we have to leave them behind and carry with us the memories we are able to save from the shadows of the past. The beauty is in what we choose to take. Or maybe it’s what chooses to come with us.