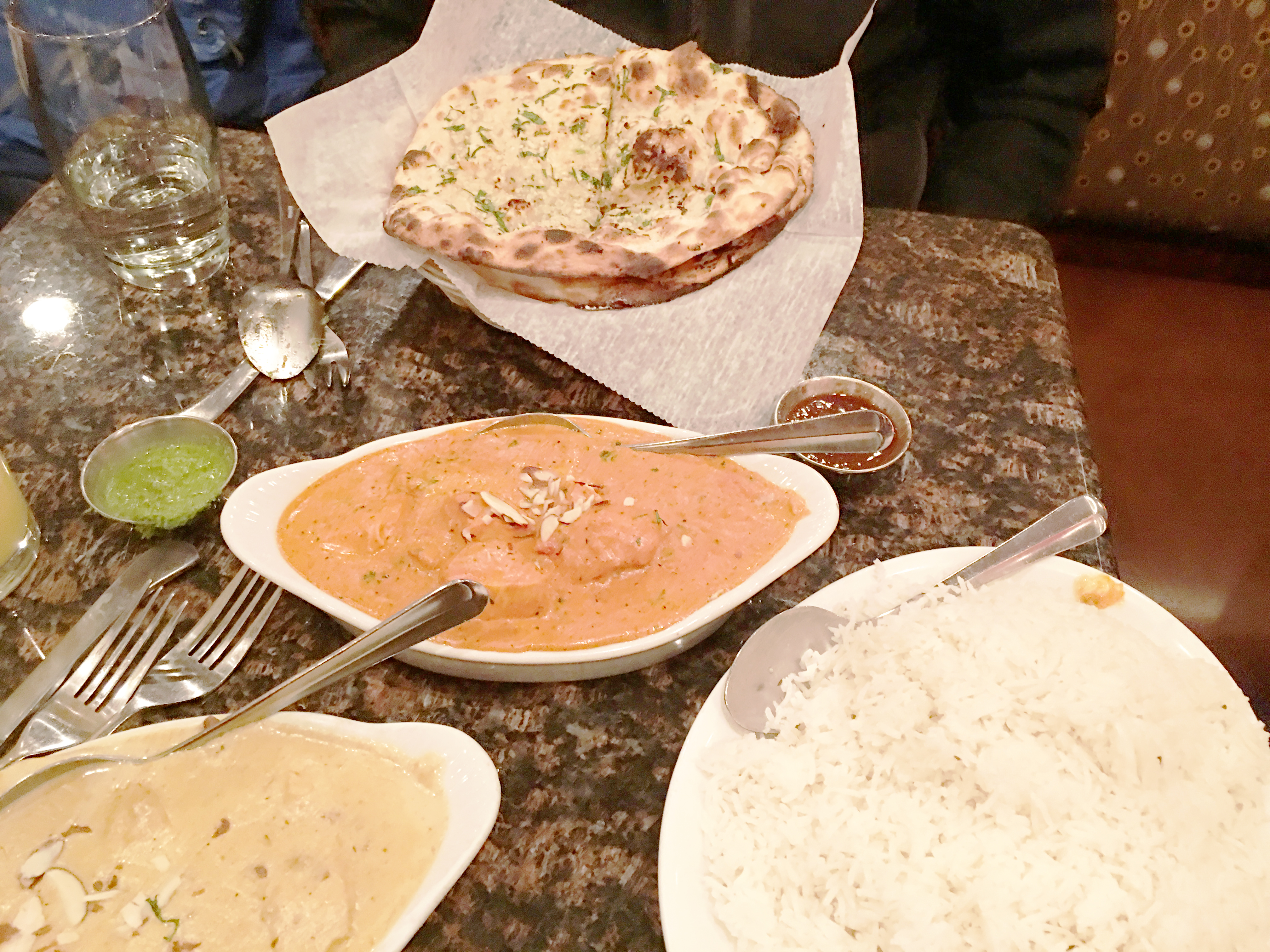 While searching for a place to dine out, my husband and I stumbled across an Indian restaurant on the North Side of Ann Arbor, off of Plymouth road. Cardamom Fresh Indian Restaurant opened April 26 2013, but has recently undergone an expansion to make way for a larger kitchen, renovated restrooms, and a bar.

Cardamom takes inspiration from a variety of cuisines in their menu, creating new dishes while maintaining a fresh and authentic Indian taste. The traditional Indian spice that is its namesake, cardamom, is used to prepare almost all of the foods on the menu.

My first impression was a good one. The aroma of the food hit me as soon as I opened the door. It was a pleasing combination of spices that made me excited to try the cuisine. The restaurant was packed, and many groups were lingering right inside the entry way. We sat down prepared to wait the 20 min waiting time, but fortunately a seat for two opened up and we were seated almost immediately.

I enjoyed the overall atmosphere of the dining area. The walls and decorations were deep reds and oranges, with hints of blues and greens. There were dark stained wood trellises and stitched cloth pictures depicting traditionally dressed Indian women and little blue elephants. Our waiter was very kind and made suggestions on which appetizers and meals we should try. We ordered two appetizers and two main entrees, with a mango lassi to drink.

The appetizer arrived, vegetable samosas and chicken tikka with a tamarind and a green chutney to accompany. The samosas were crispy and full of flavor. The chicken tikka was melt in your mouth moist with a light char around the edges, nestled on top of lightly grilled vegetables.

For entrees we ordered chicken makhni, more commonly known as butter chicken, and chicken Korma with garlic naan. The presentation of the food was very pleasing. The food itself was subtly spiced and the freshness of the ingredients was apparent. Both entrees were well prepared, with robust flavors that made each bite better than the one before. However, I think salt was needed and none was available to the customers.

While the food was mostly satisfying, the table size and space between tables was less than satisfactory. While there were normal booths, where we were sitting was one long joined booth with small square tables crammed tightly together. The beautiful marble table surfaces made the plates slide across them, which made me feel like I was playing a game of air hockey while trying to eat. Also, the closeness to the tables made me feel like I was competing to be heard over the person next to me.

While the restaurant was a bit loud, and seating a little too close for comfort, I have to say, I was very impressed with Cardamom overall. The food was great and the service exceptional. The portions were also very large, which allowed for us to take home a lot of leftovers. I would definitely eat here again and highly recommended Cardamom to others who are looking for fresh authentic Indian food.