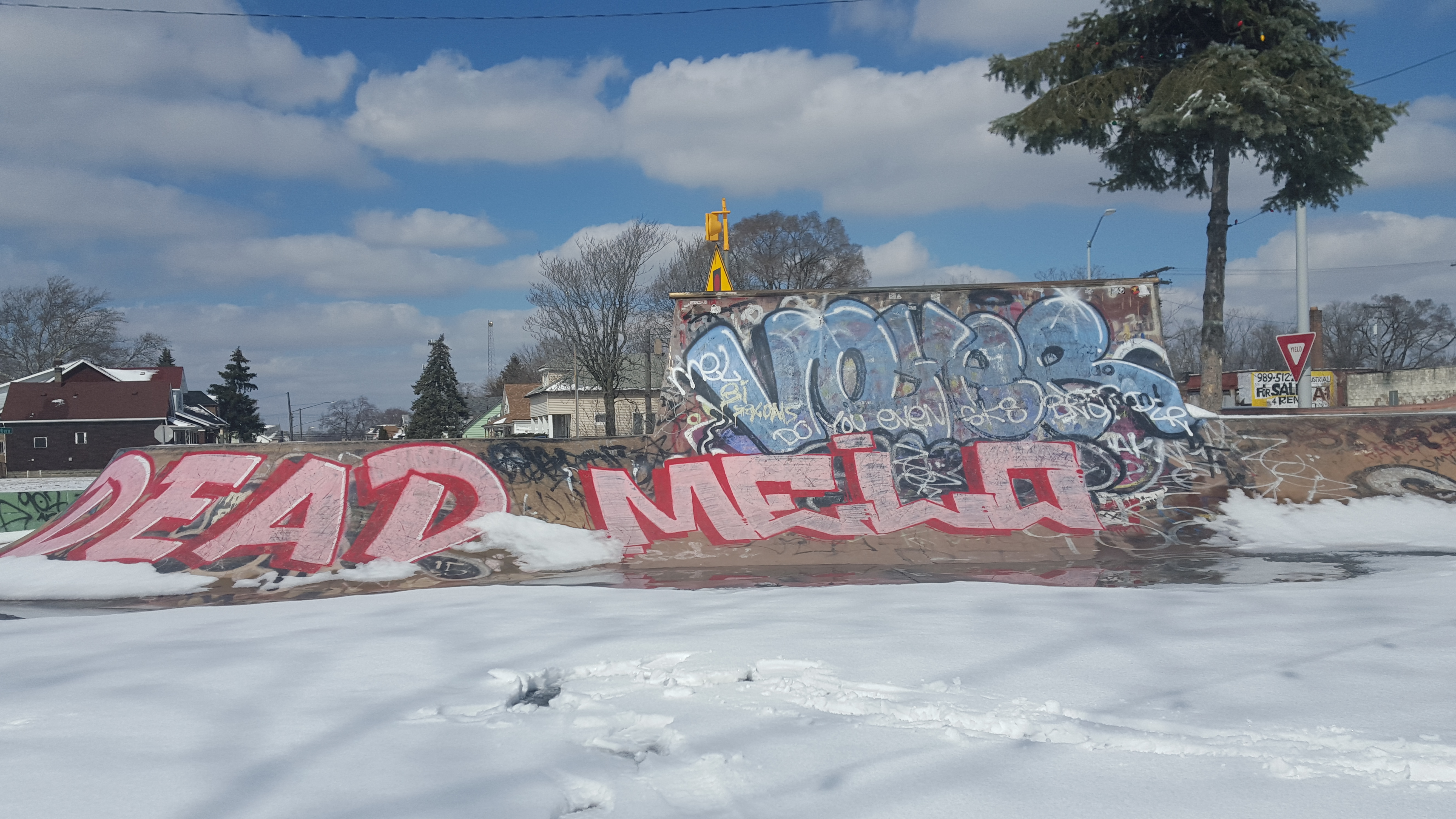 There is a counter culture urban revitalization of sorts going on in run down areas. Part of it started back in September 2008 when artist, Mitch Cope, and architect, Gina Reichert, began to envision a way in which they could pump energy into the streets. Powerhouse Productions is in “Banglatown,” which is a comfortable yet somewhat rough looking neighborhood in Hamtramck. Banglatown gets its name from the Bangladeshi immigrant enclave that has helped to revitalize the neighborhood. The streets of this neighborhood are littered with churches, mosques, corner stores, beat up houses and eccentric ones.

Where one might have seen crooked side paneling, dilapidated roofs on houses, and sunken-in porches, there are now houses painted in varied bright colors, with lively polka dot formations and horizontally arranged stripes. It puts a metaphorical and irremovable tattoo where there once was a blemish, and draws spectators to these areas instead of pushing them away.

Powerhouse Productions is one of the projects at the forefront of this effort to bring splendor back into the outskirts of Detroit. The efforts are not exclusive to Detroit or Michiganders in general.

Tony Hawk made a charitable donation to help build the Ride It Sculpture Park skate park. The skate ramps are spray painted colorfully which adds an upbeat aesthetic. The park provides a healthy and fun activity for youth in the surrounding community. Later this year, Powerhouse Productions plans to add Skate House to their array of activity houses, which is a place where people will skate, and where some will even live there.

The Play House is a venue for live performances run by The Hinterlands (Liza Bielby and Richard Newman). Several public concerts are put on a year as well as contemporary dance, puppet shows, and experimental films. The “Bangla school of music” is also a part of the building. Language and music classes are held weekly in yet another effort to give back to the community. The Squash House, which is rather close, combines a sports arena and a greenhouse. It offers fitness, wellness, and gardening opportunities for those involved.

Sound House is a progressive studio that has featured three different artists so far; Richard Colman, RETNA, and Jon Brumit. These artists were all invited to the studio at different times to give shows to audiences, or to collectively add their sounds add their sounds to the houses catalogue of experimental music.

This is another project that illuminates Powerhouse Productions capacity to bring a new wave of revitalization to Banglatown, which may inspire others to follow suit. All of the projects mentioned are from Powerhouse Productions and there is more to be discovered in the neighborhood of Banglatown. However, Cope and Reichert are far from the only activists in the urban art scene.

The Carpenter Exchange is a proactive collaboration involving four different groups, including Powerhouse Productions, with a common goal of igniting the cultural scene in and around Carpenter street. Last year the community outreach partnership provided public exhibitions such as puppet shows, media workshops and athletic events. Not only have events like these brought a lot of people together; they represent the diverse people partaking in each event who are as different as the next.

With continued efforts, urban areas will continue to grow culturally and cement the art scene further, contributing to the possibilities for a thriving art scene.